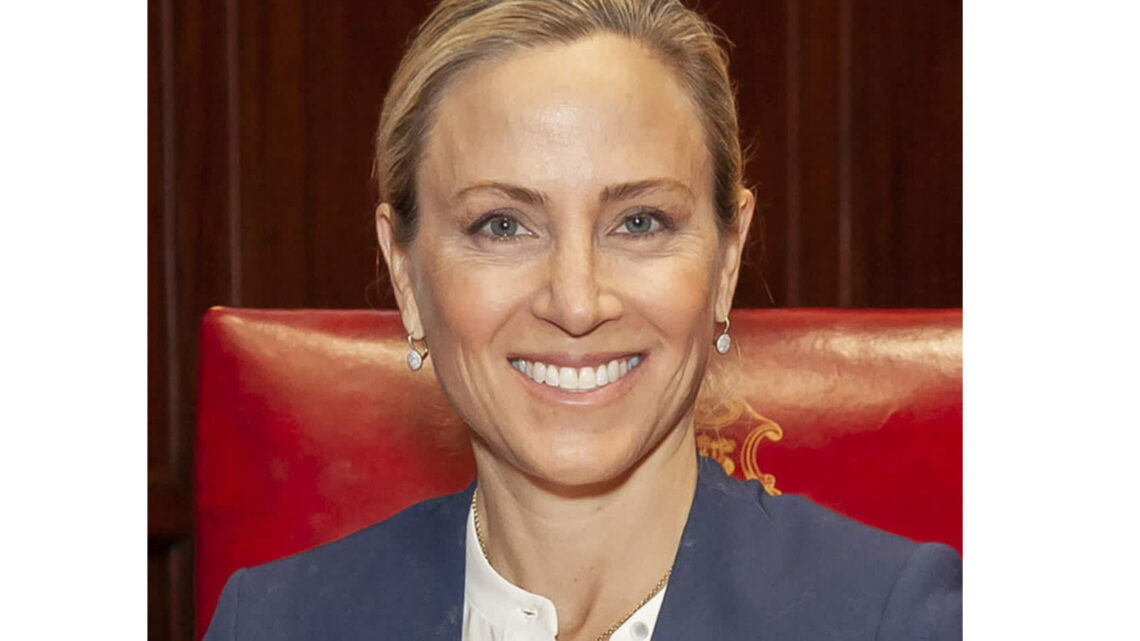 An already contentious divorce case of a Connecticut state senator and her top Morgan Stanley executive husband has gotten even hotter with the arrival of a high-powered new lawyer — who also represents Melinda Gates in her mega-billion-dollar bust-up with Microsoft founder Bill Gates.

Cohen is now working on the newly expanded legal team of Sen. Alex Kasser, D-Greenwich, which this week fired off a legal shot that threatens to draw other Morgan Stanley employees and the firm itself into the divorce case.

Kasser's lawyers asked a judge to allow them to question three Morgan Stanley employees under oath over what they suggest the investment bank's recent improper efforts to get personal financial information from her even as her estranged husband, Seth Bergstein, continues working there as senior managing director and head of global services.

"Plaintiff [Kasser] is in possession of evidence suggesting that Defendant [Bergstein] abused his authority at Morgan Stanley … vis-à-vis these subordinates," says a new filing that was written by Cohen's law partner, John Farley.

"He also appears to have encouraged MS employees to use false and coercive communications with the Plaintiff to induce her to disclose personal financial information to which he was not entitled, seemingly to gain an improper advantage in ongoing contested divorce proceedings in this court," the filing says.

The inquiry was related to a joint account at Morgan Stanley that Kasser has shared for two decades with Bergstein. Firm employees claim it had been "red flagged" and barred from receiving Kasser's tax refund check "until we can confirm the account holder's total net worth."

Kasser's lawyers also suggest that Bergstein may have acted illegally in July 2016 by asking a notary public at Morgan Stanley to notarize an executed document for him for one of his trusts without actually witnessing him or his brother sign that document.

"Defendant appears as a result to have committed a crime by this knowing instruction to a subordinate to do an illegal act," Farley wrote in the filing.

That request to the notary is documented in an email attached to a new court filing in Stamford, Connecticut, Superior Court, where the divorce trial of Bergstein and Kasser is set to kick off in August.

Other emails submitted in court by Kasser's lawyers indicate the shifting explanations Morgan Stanley employees gave her for their inquiries about her net worth, and the lack of direct answers to questions Kasser posed to them about those inquiries.

One of those emails, from Private Wealth Executive Director Howard Gofstein, told Kasser that the query about her net worth was based on FINRA's anti-money laundering and know-your-client regulations. The message added that "we need to update when know but at least every three years.[sic]"

The court filing by Farley says, "There is also no regulatory requirement that a bank 'update … at least every three years.'"

"The Court should also be aware that improper use of the securities laws can have serious regulatory consequences for financial institutions and their employees," Farley wrote.

A spokeswoman for Morgan Stanley and Bergstein's lawyer, Janet Battey, declined to comment to CNBC.

Kasser, who previously worked as a lawyer for the white-shoe firm of Skadden Arps, also declined to comment.

The new allegations have amped up what was from the beginning a bitter case filed more than two years ago, when Kasser split from Bergstein, with whom she has three children.

She thereafter began a romantic relationship with another woman — Nichola Samponaro — who also happens to have been the campaign manager of her 2018 race for the state Senate.

CNBC in 2019 detailed how court records showed that Bergstein, before his wife left him, suggested in 2018 that Samponaro be paid as a member of Kasser's legislative staff with money he was willing to provide. Bergstein suggested that money would be funneled through a private company, which at one point was owned by Kasser's mother, or through a shell company, records show.

That money was never paid by Bergstein, filings say.

Samponaro left Kasser's employ in her Senate office shortly after the senator took her seat when questions were raised about Samponaro's salary being paid directly by Kasser.

Kasser has since changed her last name, which used to be Bergstein, and continued her relationship with Samponaro.

Kasser also gained headlines for spearheading a bill in the Connecticut legislature dubbed Jennifer's Law, which seeks to expand the legal definition of domestic violence to include the concept of "coercive control."

Coercive control is defined as a partner doing things such as withholding money or engaging in a threatening pattern of behavior to prevent the other partner from leaving the relationship.

Kasser eked out re-election to her seat by a margin of just 0.8% last fall. Her district encompasses Greenwich and parts of Stamford and New Canaan. Before she first won in 2018, that seat had not been held by a Democrat in nearly 90 years.

Meanwhile, Kasser's divorce case has largely flown under the media's radar for the past two years.

But that could change with the recent, previously unreported arrival of the New York matrimonial lawyers, Cohen and Farley, as new members of Kasser's legal team. The group already included accomplished Connecticut divorce litigators.

But another high-profile New York divorce lawyer suggested Kasser has made a good decision hiring Cohen.

Chinitz currently is involved in four matrimonial cases in which Cohen is representing the opposing party.

"Having a case with Bob can be challenging, but it's good to have a case with one who knows the law, and he is a good litigator," Chinitz said.

"He's creative in ways to solve a case."

From Ana to Wanda, here is the list of tropical storm and hurricane names for 2021
Technology