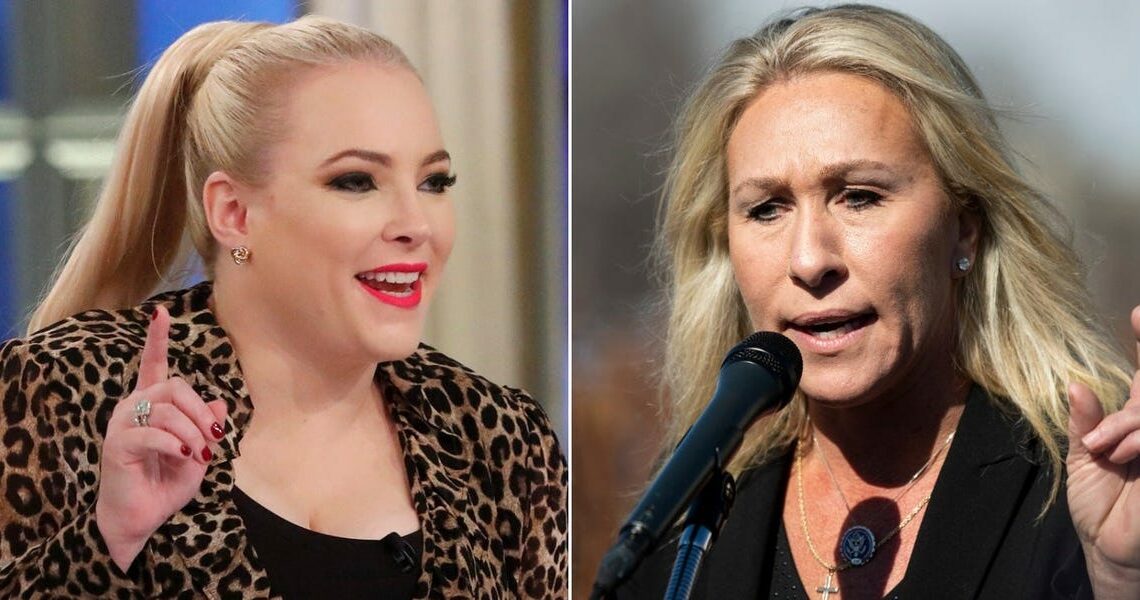 The daughter of the late Senator John McCain of Arizona also used the Twitter post to call out Greene for “behaving like an animal” in a now-deleted video of her antagonizing the New York lawmaker, Alexandra Ocasio-Cortez.

The quote tweet, posted on Friday night, was in response to a 2019 video showing the Georgia congresswoman taunting Ocasio-Cortez through her office’s mailbox.

This followed another more recent incident in which Greene aggressively pursued Ocasio-Cortez through the halls of Congress and shouted at her about her support for “terrorism” and “radical socialism,” according to witnesses.

Read more: How Marjorie Taylor Greene went from Nowhereville to fundraising juggernaut and AOC of the far right

“You’re behaving like an animal — harassing AOC like this only gives democrats what they want which is to paint all of us like we’re psychotic barbarians,” McCain wrote on Friday night.

“Aside from the fact that this is just abusive and abhorrent behavior from anyone, let alone a sitting member of Congress,” she continued.

A Decade of Self-Professed Satoshi Nakamotos- Where Are These Claimants Now? – Featured Bitcoin News
Technology