It's a good time to be an election lawyer.

Court battles heading into the 2020 presidential election are already piling up at unparalleled levels, and the lawyers are just getting started.

The Biden and Trump campaigns, as well as party committees, are amassing armies of swing-state attorneys to be ready for any other legal issues that arise closer to the election.

Hundreds of voting lawsuits have already been filed by lawyers in almost every state as the fight kicks into high gear over who gets mail-in ballots, who delivers them, and when people can vote.

At least 233 lawsuits related to changes in voting practices due to the pandemic have been filed in 44 states and the District of Columbia, according to Justin Levitt, a Loyola Law School professor who's been tracking the cases.

Election law experts say this frenzy of legal activity is extraordinary, propelled both by the COVID-19 pandemic and questions — often raised by President Donald Trump — about the legitimacy of the election.

And they're only expecting it to get more intense as November approaches and possibly long after. Political insiders are bracing for what's widely perceived as the worst possible, but entirely plausible outcome: another election that's decided by the courts.

"It's never been harder to predict what's going to happen," said James Gardner, an election law professor at the University at Buffalo School of Law. "What you hope is that it won't be decided in court because the verdict of the voters will be very clear, but everything is being done to muddy the waters in advance, and I'm sure everything will be done to muddy the waters at the end."

In preparation for court brawls, Trump is turning to legal masterminds that include longtime GOP insiders and party loyalists who have defended the president in other high-profile cases. Joe Biden and others in his party are relying on veteran Democratic election law experts, including Hillary Clinton's presidential campaign general counsel and a former Federal Election Commission chairman.

A few could become household names and cable news regulars if the election drags into overtime this fall. Depending on who wins, they might also score top White House jobs or court appointments.

Some of the lawyers who worked on the 2000 Bush v. Gore case went on to score high-powered gigs in presidential administrations. Supreme Court Chief Justice John Roberts and Justice Brett Kavanaugh were on Bush's legal team in Florida, for example. Democratic lawyers who represented Gore in 2000 worked in the Obama White House.

Here are the key legal warriors preparing for what could be the biggest election law battle ever. 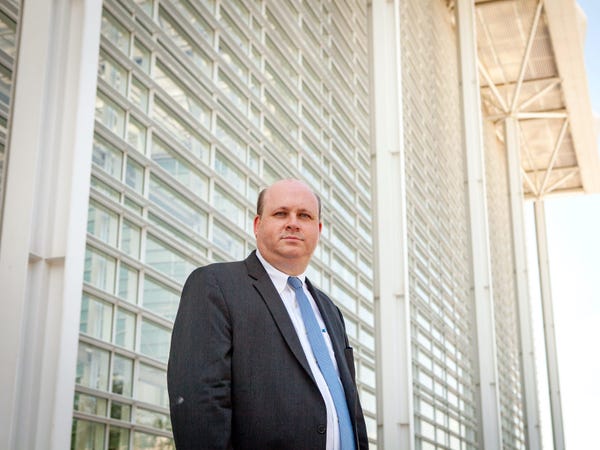 No Democratic election law practitioner cuts a higher profile. And if post-election matters get messy, expect Elias to throw liberals' biggest punches in the middle of the legal mosh pit.

Elias and his colleagues at law firm Perkins Coie LLP work with a host of Democratic interests, including the Democratic National Committee and pro-Biden super PACs such as Democracy PAC, PACRONYM, and Priorities USA Action. He also served as general counsel for Sen. Kamala Harris' presidential campaign, which the now-vice presidential nominee suspended in late 2019.

Perkins Coie has already earned tens of millions of dollars during the 2019-2020 election cycle from its dozens of political clients combined, according to FEC records.

Elias is personally involved in numerous 2020 election-related lawsuits, including on voting rights cases and an effort to kick musician Kanye West off the presidential ballot in Virginia. He is also the founder of Democratic Party-backed Democracy Docket, which describes itself as "the leading platform for progressive advocacy and information about voting rights, elections, redistricting and democracy." 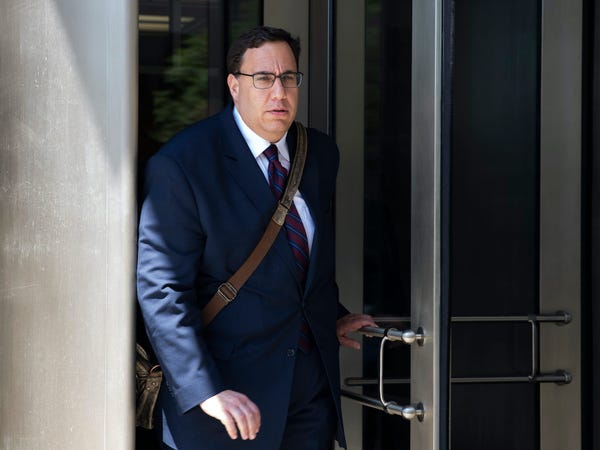 Consovoy, a conservative legal star known for his efforts to keep Trump's tax returns private, is central to the GOP's election litigation strategy.

While fighting against a subpoena for Trump's tax returns last year, Consovoy argued to a federal appeals court that even if the president shot someone on Fifth Avenue in New York, he could not be punished while he was still in office. He argued that authorities would have to wait until Trump was no longer president to arrest and charge him.

The boutique law firm Consovoy McCarthy PLLC — headed by Consovoy and Thomas McCarthy — is now involved in GOP litigation against state efforts to expand vote-by-mail in light of the pandemic in Nevada, New Jersey, and Montana.

Trump's presidential campaign and the Republican National Committee have paid Consovoy's firm $1.8 million for legal services since October 2019, according to the most recent campaign finance records.

Consovoy and the firm did not respond to requests for comment. 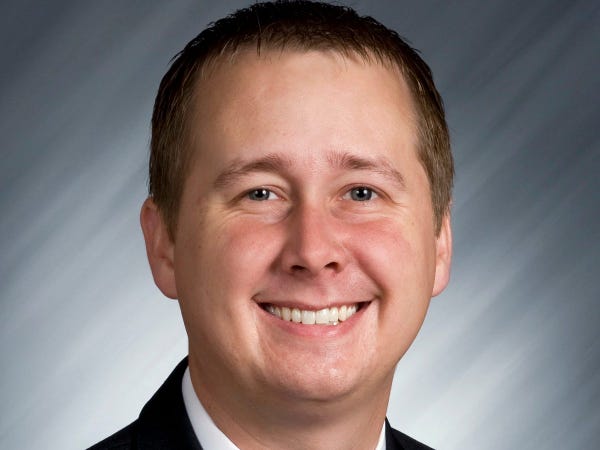 As the Trump campaign's top lawyer, Morgan is already a key player in the legal fights in battleground states and elsewhere around the country.

He's one of the top attorneys involved in a Pennsylvania lawsuit where Trump's campaign, the National Republican Party, and state Republicans are challenging expanded mail-in voting efforts, arguing that inconsistent enforcement of vote-by-mail regulations poses a threat to free and fair elections.

"Democrats are working to shred election integrity measures one state at a time, and there's no question they'll continue their shenanigans from now to November and beyond," Morgan told Insider in a statement. "The Trump campaign is fighting to ensure every valid ballot across America counts as we work to deliver the free and fair election Americans deserve. Republicans are preparing every day for the fight and will be ready on Election Day and after."

Morgan became the Trump campaign's top lawyer in July; he was previously the director of election litigation and legislation. Before joining the Trump campaign earlier this year, he was a lawyer in the White House. He has also served as a deputy assistant to Trump and a deputy chief of staff to Vice President Mike Pence.

As the Biden campaign's top lawyer, Remus is charged with overseeing a variety of internal and external legal matters.

It's a big job. "We have thousands of lawyers and volunteers across the country ensuring that all eligible voters can vote and that their votes will be counted," the Biden campaign, which declined to make Remus or Lenhard available for an interview, said in a statement to Insider.

In what esteem does the Democratic Party hold Remus? President Barack Obama officiated at her wedding in 2018. Prior to joining the Biden campaign, Remus served as general counsel for the Obama Foundation, the former president's charitable operation, and in Obama's White House.

While she fights to defeat Trump, Remus isn't averse to working with conservatives.

For example, she last year co-taught a Duke University law class with Sen. Mike Lee, a Utah Republican, titled "Lawyers Branching Out: The Courthouse, the Capitol, and the White House."

Early in her career, Remus clerked for US Supreme Court Justice Samuel Alito Jr., one of the court's most consistently conservative judges whose vote could help decide 2020 election results should a fight escalate to the high court.

The Republican National Committee's top attorney has warned that state efforts to send unsolicited ballots to all registered voters are a top concern for GOP lawyers.

"As many experts have warned, most states are not ready to flip a switch to all vote-by-mail," Riemer told CNN. "Not only does it invite fraud and needlessly delay election results, it also risks disenfranchising voters and causing complete chaos for November."

Riemer was a top lawyer at the Education Department, where he worked for Secretary Betsy DeVos. He was also deputy secretary at the Virginia State Board of Elections and was associate counsel to then-Arizona Sen. John McCain's 2008 presidential campaign. 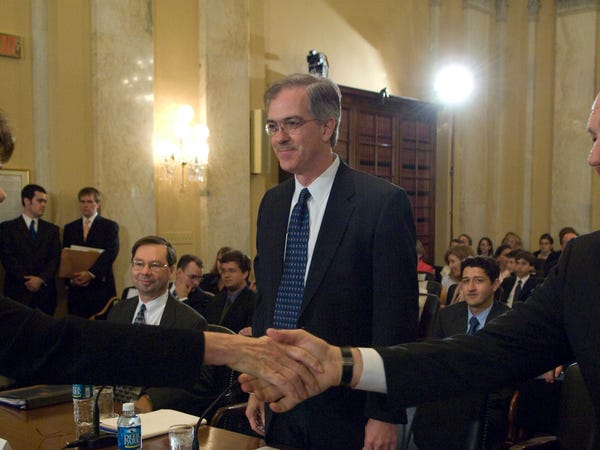 Lenhard leads a team of lawyers at law firm Covington & Burling LLP who provide outside legal counsel to the Biden campaign.

From the beginning of the 2020 campaign through July, the Biden campaign has spent more than $1.2 million for the firm's legal services, FEC records indicate.

Lenhard is a former FEC commissioner, serving as chairman in 2007. He's also worked as an attorney for the American Federation of State, County and Municipal Employees — a major Biden backer.

Lenhard also took part in the court fight over absentee ballots in Seminole County, Florida, as the fate of the 2000 presidential election hung on that state's vote recount.

Gemini Exchange Partners with Options for Added Security and Management