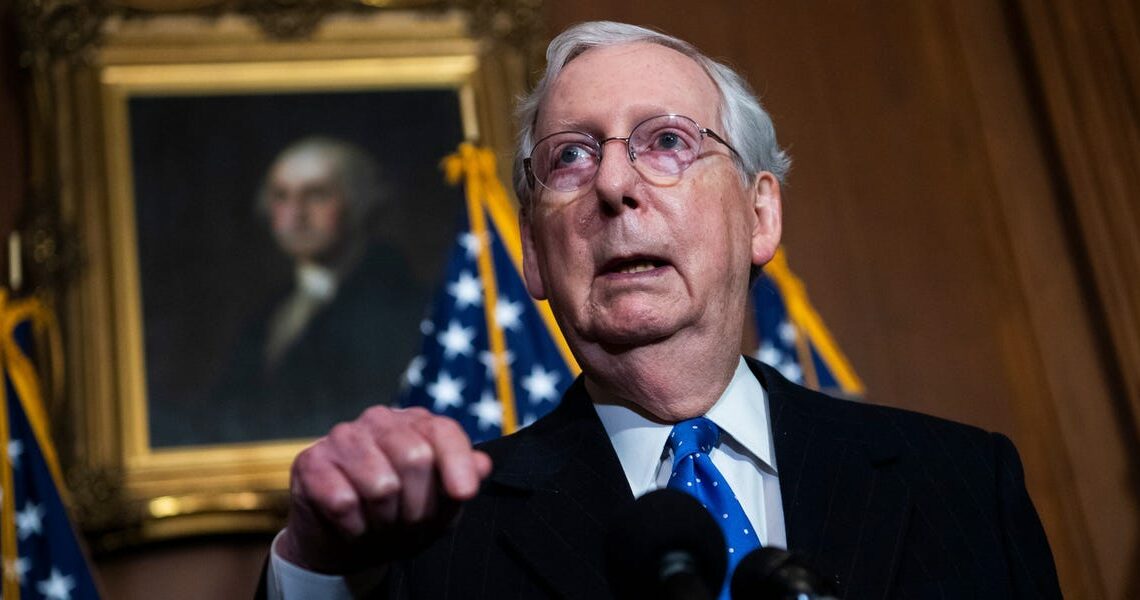 GOP senators on Tuesday had mixed reactions to reports about President Joe Biden’s planned announcement on Wednesday to withdraw all US troops from Afghanistan by September 11, the 20th anniversary of the terror attacks.

Top Republicans, including Senate Minority Leader Mitch McConnell, voiced stern disapproval toward the upcoming move. The Kentucky senator called it a “grave mistake” and “a retreat in the face of an enemy that has not yet been vanquished.”

“Foreign terrorists will not leave the U.S. alone because our politicians have grown tired of taking the fight to them,” McConnell said on the Senate floor. Biden “needs to explain to the American people why he thinks abandoning our partners and retreating in the face of the Taliban will make America safer,” he added.

“No one wants a forever war, but I’ve consistently said any withdrawal must be conditions-based,” Inhofe said in a statement. “Arbitrary deadlines would likely put our troops in danger, jeopardize all the progress we’ve made, and lead to civil war in Afghanistan.”

Sen. Lindsey Graham of South Carolina echoed the criticism, calling the foreign policy development a “disaster in the making,” “irresponsible,” and “dumber than dirt.”

“I know people are frustrated, but wars don’t end because you’re frustrated,” Graham said in a statement. “Wars end when the threat is eliminated.”

The same Republicans slammed former President Donald Trump’s repeated calls last year to fully withdraw US troops from the war-torn nation. Still, the Trump administration negotiated a deal with the Taliban and settled on a May 1 deadline to pull forces from Afghanistan.

Biden, however, said in March that it would be “hard” to fully withdraw from Afghanistan by then. The Washington Post reported on Tuesday that he now plans to begin the departure on that date to have all troops out by September 11.

Not all Republican politicians were incensed by Biden’s plan — some expressed support for it.

Sen. Ted Cruz of Texas told CNN that he’s “glad the troops are coming home” but cautioned that the choice “should not be taken as a sign that America will be any less vigilant.”

Missouri Sen. Josh Hawley shared the sentiment, saying Biden should have met the previous deadline set by the Trump administration to withdraw US forces, but added: “Better late than never.”

“It’s time for this forever war to end,” he said in a statement.

White House press secretary Jen Psaki on Tuesday announced that Biden will deliver a speech from the White House on Wednesday about the way forward in Afghanistan, where the US has been engaged since 2001 — its longest-running war ever. The president is expected to address the withdrawal of US forces during his remarks, according to reports.

Psaki shed some light on the administration’s move, telling reporters during a news conference that there isn’t “a military solution” to the conflict and that the US has been in Afghanistan for “far too long.”

There are roughly 3,500 troops currently serving in Afghanistan, according to The New York Times.