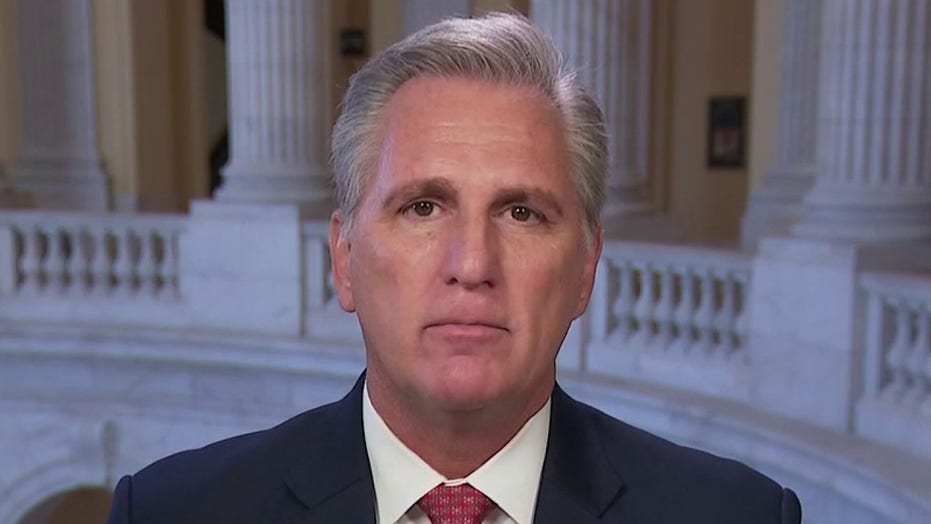 McCarthy says Biden is leaving US hostages for the Taliban: 'He turned his back on our own citizens' 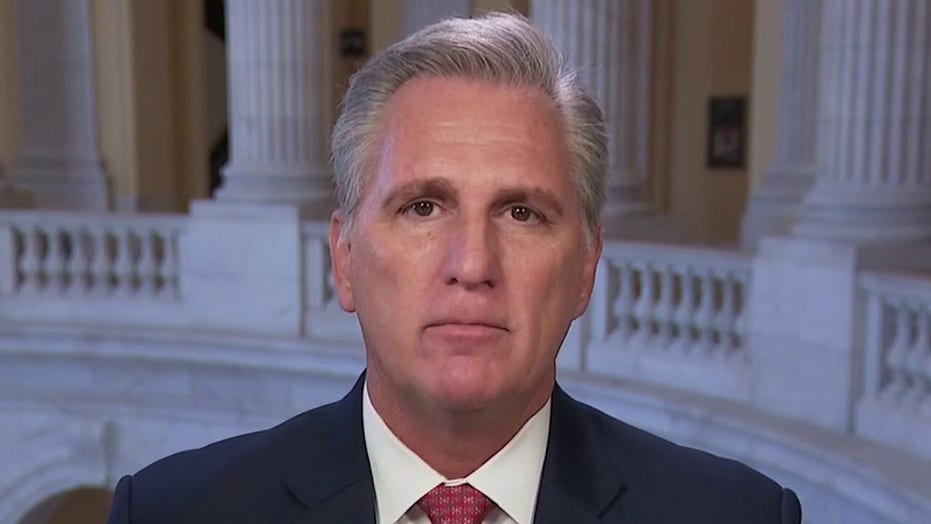 McCarthy: Biden has ruined America’s reputation on the world stage

House Minority Leader Kevin McCarthy blasted President Biden for sticking to an Aug. 31 withdrawal deadline from Afghanistan and said “thousands of Americans” could be left stranded in the Taliban-controlled country as a result.

“The president’s misguided decisions run the risk of creating the largest international hostage situation we’ve ever faced as a nation,” McCarthy, R-Calif., said at Capitol news conference on Wednesday.

Biden has faced bipartisan criticism for honoring the Taliban-backed withdrawal date for U.S. troops of Aug. 31 as Americans and Afghan allies are still seeking evacuation from the Kabul airport. The U.S. military is currently stationed at the airport and undertaking a major logistical operation to get Americans and others on outbound flights from Kabul.

McCarthy called the withdrawal effort in Afghanistan the “the biggest foreign policy failure” and he accused Biden of turning his back on Americans.

Biden said Tuesday that the U.S was on pace to finish the evacuation by Aug. 31 and said the longer the U.S. stays the more risk American troops will face. He acknowledged the evacuation effort is dependent on cooperation from the Taliban granting safe passage for Americans to the airport.

“The completion by August 31st depends upon the Taliban continuing to cooperate and allow access to the airport for those who … we’re transporting out and no disruptions to our operations,” Biden said.  “In addition, I’ve asked the Pentagon and the State Department for contingency plans to adjust the timetable should that become necessary.”

According to the White House, since Aug. 14 the U.S. has evacuated and facilitated the evacuation of about 82,300 people on U.S military and coalition flights. That includes 19,000 people who were evacuated from Kabul in a 24-hour period from Tuesday to Wednesday, according to a White House official.