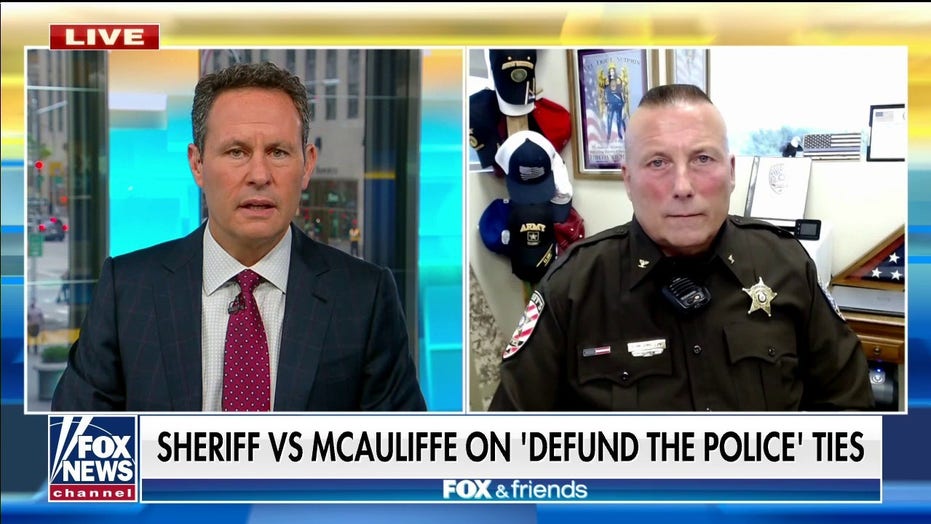 Virginia sheriff calls out Terry McAuliffe: He accepts endorsements from anyone

Sheriff Hank Partin says the Virginia Democrat has supported ‘Defund the Police’ in the past and that police don’t need someone ‘working against us’ in office.

Democrat Terry McAuliffe, the former governor of Virginia who is currently running to reclaim that seat, reportedly appointed two prominent anti-vaccine advocates to coveted administration positions after they donated more than $50,000 to his campaign.

According to a Washington Free Beacon report, McAuliffe named Claire Dwoskin and Al Dwoskin to serve on the George Mason University Board of Visitors and the Governor’s Advisory Council on Revenue Estimates, respectively, in 2014.

The couple, now divorced, formed and funded an anti-vaccine organization, the Children’s Medical Safety Research Institute, which often warned of the potential dangers of giving vaccines to children, including pushing theories that some vaccines are linked to autism in children.

Campaign finance records show that the Democrat mega-donors gave $16,000 to McAuliffe in 2013 and that Al Dwoskin gave more than $180,000 to McAuliffe’s campaigns and a PAC supporting him.

Days before McAuliffe announced that he was appointing Claire Dwoskin to the prominent advisory position, her Children’s Medical Safety Research Institute tweeted that “Children who receive vaccines containing aluminum may be at a higher risk for developing #autism.” In 2010, she called vaccines a “holocaust of poison” that harmed children.

The institute, which closed in 2018 when the Dwoskins divorced, also funded several anti-vaccine projects and a propaganda film called The Greater Good. Additionally, the group has pushed the work of Joseph Mercola, one of the most well-known anti-vaxxers in the country.

The two are set to square off in a debate on Thursday night.

McAuliffe served as Virginia’s governor from 2014 to 2018. Youngkin, the former co-chief executive of The Carlyle Group, a private equity firm, is a political newcomer. In Virginia, governors are not allowed to serve consecutive terms.

The Children’s Medical Safety Research Institute, Media Matters, and the McAuliffe campaign did not immediately respond to requests for comment from Fox News.

Associated Press contributed to this report

London’s new home for the next generation of BSV entrepreneurs