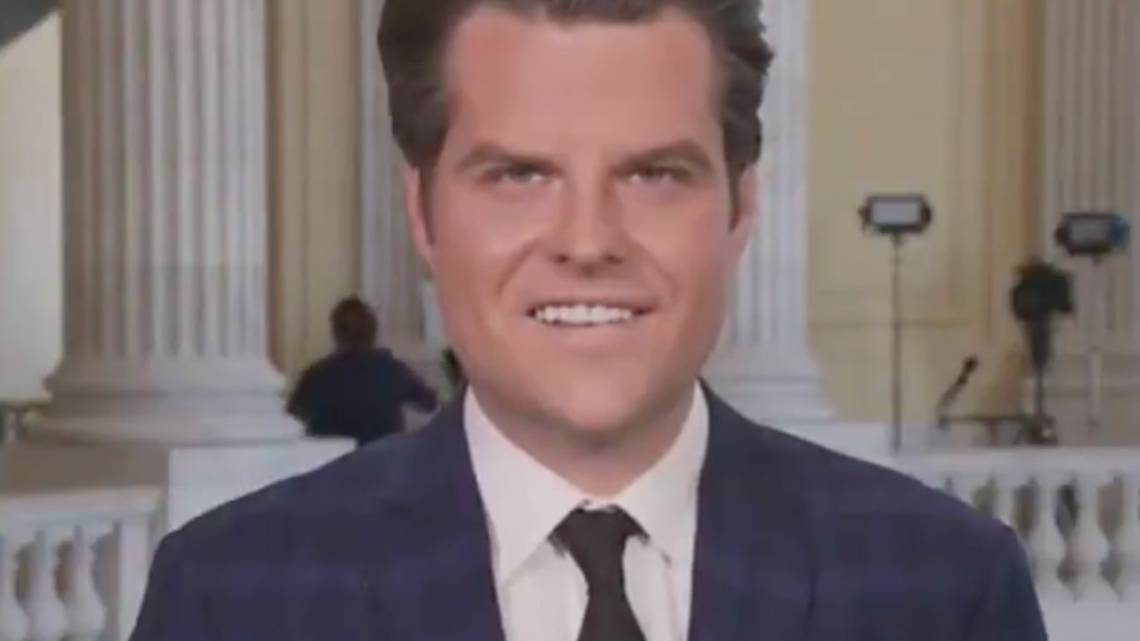 And it’s creeping a lot of people out.

Greene spoke to reporters outside the Capitol the day after the House of Representatives stripped her of her committee assignments, due to her history of embracing dangerous conspiracy theories and of thinly veiled threats of violence against lawmakers who are now her colleagues.

During the presser, Greene apologized for inflammatory comments like calling for the lynching of former President Barack Obama and the execution of House Speaker Nancy Pelosi (D-Calif.).

“Of course, I’m sorry for saying all those things that are wrong and offensive, and I sincerely mean that,” she said. “I think it’s good to say when we’ve done something wrong.”

However, she refused to apologize for the 2019 incident where she followed and berated David Hogg ― who survived a mass shooting in Florida and is now a gun safety activist ― while carrying a firearm. Hogg was 18 or 19 at the time.

“David Hogg was an adult when I talked to him,” Greene said Friday, adding later, “No, I’m not sorry for telling him he shouldn’t push for gun control.”

You can see her comments below.

After Greene’s press conference was over, Fox News host Harris Faulkner asked Gaetz how he thought it went.

His response was pretty sleazy, and Faulkner seemed a little surprised by the graphic analysis.

“That was so good I almost had to smoke a cigarette afterwards,” Gaetz said.

But one person did feel Gaetz’s comment could actually be helpful ― just not in the way the lawmaker probably intended.

The Old No. 77 Hotel in New Orleans is a budget-friendly stay with an excellent restaurant — but it has few other on-site amenities