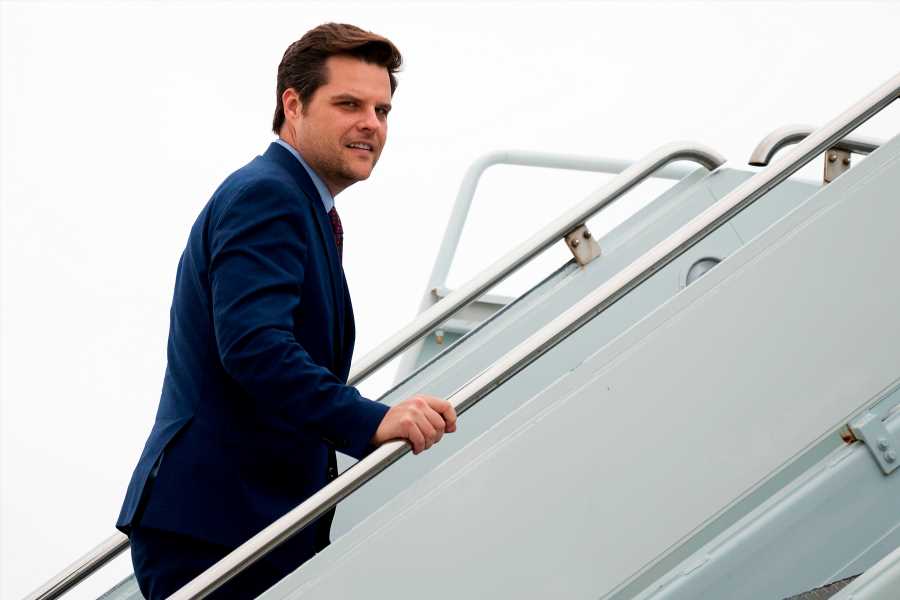 Matt Gaetz Asked Trump to Pardon Him for … Oh, Anything That Might Come Up

Rep. Matt Gaetz (R-Fla.) — who maintains he is extremely innocent of everything the FBI is investigating him for — sought a “blanket” pardon from President Trump in the final days of Trump’s time in office.

The New York Times reported the news on Tuesday night, a week after it was revealed the Justice Department was looking into whether Gaetz had a sexual relationship with a 17-year-old girl and paid for her to travel with him. The pardon request, which was not granted, was viewed by the White House as a “nonstarter” that would set a “bad precedent,” according to the Times.

Gaetz reportedly asked the White House in private for pre-emptive blanket pardons for himself and some congressional allies. The FBI began investigating Gaetz for sex trafficking in the final months of Trump’s term, but it is unclear whether Gaetz was aware of the investigation when he made his pardon request. It’s also not clear whether Trump or the White House knew of the investigation, although because of Gaetz’s high profile, certain Justice Department officials, including some appointed by Trump, were made aware of it.

The Times reports that since the investigation into Gaetz was made public last week, Trump associates have wondered whether the pardon request was an attempt by Gaetz to get rid of his legal troubles. A spokesman for Gaetz, however, denied the request was connected to the sex-trafficking investigation. “Entry-level political operatives have conflated a pardon call from Representative Gaetz — where he called for President Trump to pardon ‘everyone from himself, to his administration, to Joe Exotic’ — with these false and increasingly bizarre, partisan allegations against him,” the spokesman said in a statement. “Those comments have been on the record for some time, and President Trump even retweeted the congressman, who tweeted them out himself.”

Gaetz’s office did not immediately respond to a request for comment from Rolling Stone.

Though Gaetz’s private request for a pardon was not made public until Tuesday, he was indeed vocal about the need for Trump to let the pardons fly before he left office. “You see from the radical left a bloodlust that will only be quenched if they come after the people who worked so hard to animate the Trump administration with the policies and the vigor and the effectiveness that delivered for the American people,” he said on Fox News last November.

Few shilled for the president with as much vigor as Gaetz, who made a name for himself by defending Trump through bizarre stunts, hundreds of media appearances per year, and even, if it came down to it, resigning from Congress. In February, he said he’d step down from his seat if Trump needed his representation during the second impeachment trial. “I only regret that I have but one political career to give to my president,” Gaetz said at the time.

Gaetz is now claiming to be the target of the anti-Trump forces he warned would be out to get the former president’s supporters. “I’m a well-known, outspoken conservative, and I guess that’s out of style in a lot of parts of the country right now,” Gaetz told Fox’s Tucker Carlson last week. He added, “I don’t need a pardon. I’m not seeking a pardon. I’ve not done anything improper or wrong.”

Trump has yet to publicly defend Gaetz or comment on the investigation.

Kebab shop killer who murdered 'kind-hearted' woman, 32, then chopped up her body is jailed for life