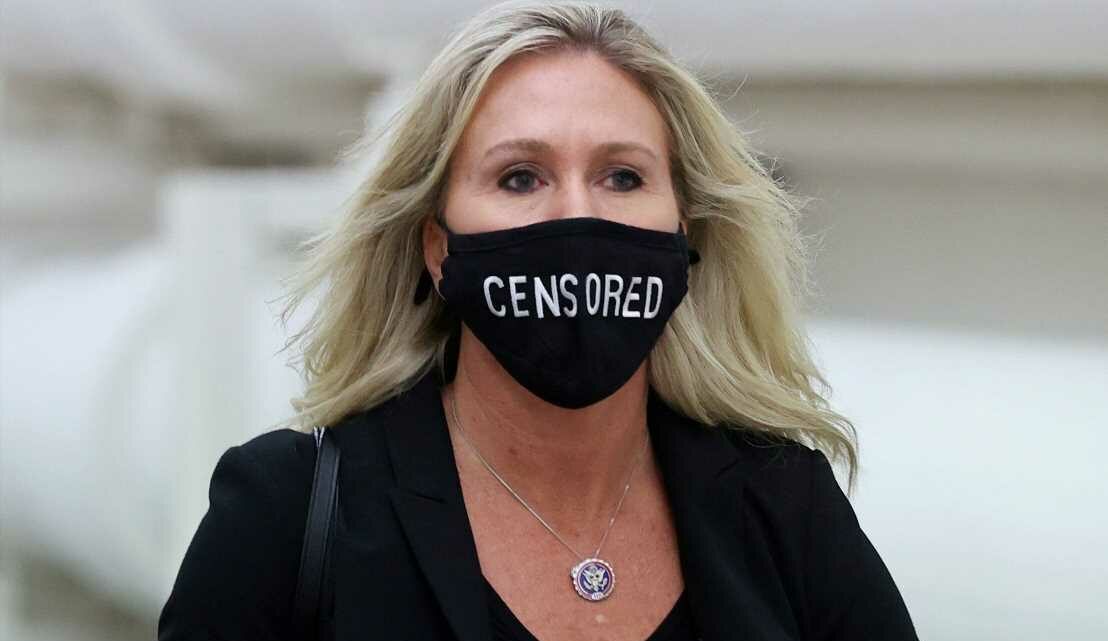 Another unearthed post from Rep. Marjorie Taylor Greene’s Facebook page shows that her taste for conspiracy theories knows no bounds.

In a post that the watchdog group Media Matters uncovered Thursday, the Georgia Republican posited that solar energy collected in space and beamed back to Earth is what sparked California’s worst wildfire.

Greene, the newly elected congresswoman known for supporting the outlandish QAnon conspiracy theory, posted the bizarre solar energy theory as the 2018 Camp Fire raged in Paradise, California, and became the deadliest and most destructive blaze in state history.

“[T]here are too many coincidences to ignore,” Greene claimed in her post.

″[O]ddly there are all these people who have said they saw what looked like lasers or blue beams of light causing the fires, and pictures and videos,” she said in a claim widely debunked as complete nonsense.

It’s a fool’s errand to try to make sense of Greene’s “research,” as she called it, but it goes something like this: The Northern California utility provider PG&E partnered with a company called Solaren Corp. in 2009 to buy solar space energy captured on satellite solar panels. (That much is true.) But Greene suggested that lasers beaming the energy back to the Earth missed their mark and started a wildfire. She also suggested the fire-setting was intentional as a way to clear land for California’s stalled high-speed rail project.

A state investigation into the deadly wildfire did lay the blame on PG&E, but laser beams from outer space had nothing to do with it. In fact, the system Solaren was planning to launch for PG&E in 2016 never even came to fruition, Wired reported in 2019.

In reality, investigators found that the cause of the blaze was negligence by PG&E regarding one of its power lines amid dangerous weather conditions, which scientists have linked back to climate change.

News outlets have uncovered hundreds of disturbing posts from Greene’s Facebook in recent days, including many indicating support for executing prominent Democratic politicians throughout 2018 and 2019. She also used her account to support conspiracy theories that the 2018 mass shooting at a high school in Florida was nothing but a “false flag.”

Rep. Jimmy Gomez (D-Calif.) announced on Wednesday he was introducing legislation to expel Taylor Greene from Congress, citing her calls for violence against political figures and her repeated claims that the Sept. 11 terrorist attacks and multiple mass shootings were staged.

Trading 212 Shuts Out New Accounts Amid Massive Influx of Redditors