Maria Bartiromo, James Freeman: The Trump agenda – voters need to think about cost of not having him in charge

Trump: If Biden’s elected the stock market will crash

President Trump and Joe Biden disagree over how much the stock market impacts Americans.

The United States may never have another president as loved and hated as Donald Trump. And it’s hard to imagine one being subjected to so many investigations.

We make the case that Donald Trump is an underrated chief executive—and that the abuse of federal investigative power against him is the greatest scandal of his era.

Reporters like to present Trump as a catastrophe for the country. But as we describe in our new book, “The Cost: Trump, China and American Revival,” the president has achieved significant, measurable results in pursuing his agenda of peace and prosperity.

For American voters it’s now time to consider the cost of not having Donald Trump as president. Difficult as it may be for many media observers to comprehend—and regardless of the results of the 2020 election—Trump has achieved a successful presidency hidden in plain sight. 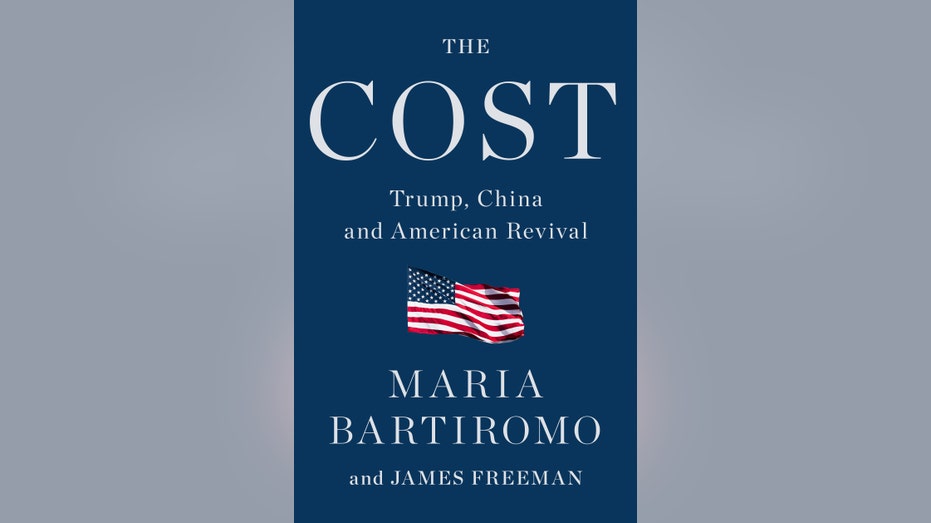 It’s perhaps all the more surprising given that he came to the job with no experience in elective office. The real estate developer from Queens rode down an escalator in one of his eponymous Manhattan skyscrapers to announce his campaign for president on June 16, 2015. After arriving at the bottom, he unleashed a raw tirade that resonated with blue-collar voters even as it repelled the nation’s political and media establishment.

Just before Trump arrived at the podium, his daughter Ivanka promised the enthusiastic gathering that her father would “outwork anyone in any room” and that he was “the opposite of politically correct.”

BIDEN PLEDGES TO ROLL BACK TRUMP'S TAX CUTS: 'A LOT OF YOU MAY NOT LIKE THAT'

Nearly four years into the Trump presidency, it’s hard to argue with either claim, especially considering the people who tend to populate Washington meeting rooms. Ms. Trump also lauded her father’s “refusal to take no for an answer” in negotiations and said that “he has the discernment to understand what the other party needs and then to get exactly what he wants.” She added that he’s a “dreamer” but also a “doer.” The rising number of Arab leaders who have lately accepted Trump’s invitation to make a historic peace with Israel would likely agree.

Ivanka Trump’s assessment turned out to right on target. At the conclusion of her remarks on that fateful day in 2015, speakers in the Trump Tower lobby blared Neil Young’s “Rockin’ in the Free World,” which fired up the crowd and has been annoying Young ever since.

Donald Trump then ascended the stage, and after thanking people and commenting on the size of the crowd, said: “Our country is in serious trouble. We don’t have victories anymore. We used to have victories, but we don’t have them. When was the last time anybody saw us beating, let’s say, China in a trade deal? They kill us. I beat China all the time. All the time.”

Not exactly the Gettysburg Address, but he did get right to the point. The new candidate then made a boast that must have seemed preposterous to reporters covering the event: “I will be the greatest jobs president that God ever created.”

Two years and seven months later, U.S. job openings hit a record high of more than 6.3 million. The record would be broken several times in the Trump era. Also remarkable was that, for the first time since the government began tracking such data, there were as many or more job openings as unemployed Americans. Newspaper “fact-checkers” are free to opine on whether they think God created Trump, but they can hardly argue with the numbers.

The numbers remained impressive through February of 2020, when U.S. workers enjoyed a historically low unemployment rate of just 3.5%. Then the spring COVID shutdowns mandated by state and local governments wreaked historic job losses. But the rebound since has also been impressive and historic.

In five months the U.S. economy has restored more than 11 million jobs. The Trump track record suggests more employment growth to come, which must be the most interesting issue in the world to Americans looking to get back to work.

Maria Bartiromo joined FOX Business Network (FBN) as Global Markets Editor in January 2014. She is the anchor of "Mornings with Maria" on FBN (6-9 AM/ET), which is the number one pre-market business news program in cable, and anchors "Sunday Morning Futures" (10 AM/ET) on FOX News Channel (FNC), which routinely ranks as the highest-rated show on Sundays in cable news. In April 2017, Bartiromo was also named the anchor for FBN’s weekly primetime investing program "Maria Bartiromo’s Wall Street" (Fridays at 9 PM/ET).  "The Cost" is her fourth book.

James Freeman is assistant editor of The Wall Street Journal’s editorial page and author of the “Best of the Web” column. He is co-author of "Borrowed Time: Two Centuries of Booms, Busts, and Bailouts at Citi," a New York Times Editors’ Choice and Financial Times Business Book of the Month. He is a Fox News contributor and former investor advocate at the US Securities and Exchange Commission.