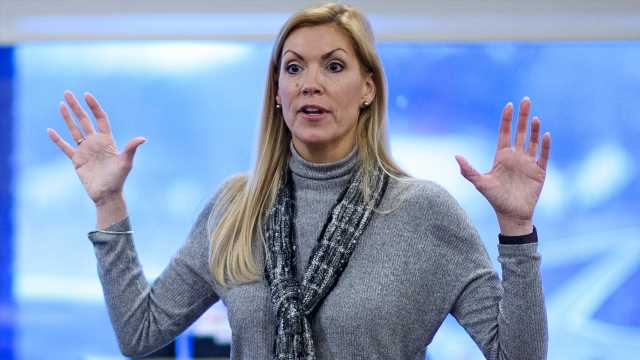 Police in Irving, Texas, have identified the man who shot and killed himself outside of GOP Rep. Beth Van Duyne’s home as former campaign staffer Chris Dillard, according to a report Thursday.

Dillard, 55, served as Van Duyne’s communications director from November 2019 to April 2020 and was a prominent local GOP activist. The Irving Police Department confirmed his identity on Thursday, the Dallas Morning News reported.

Van Duyne was at her home in Irving on Wednesday afternoon when she heard a gunshot and saw a man lying in the front yard. The lawmaker called police and officers discovered the man, later identified as Dillard. He was pronounced dead at the scene.

“She is shocked and saddened that someone would take their own life,” a representative for Van Duyne said in a statement following the incident.

Police were expected to provide further details about their investigation at a press conference Thursday afternoon.

Van Duyne won her seat in Texas’ 24th Congressional District last November, defeating Democrat Candace Valenzuela. Prior to her stint in Congress, the Republican lawmaker served in the U.S. Department of Housing and Urban Development under former President Donald Trump and as mayor of Irving from 2011 to 2017.

If you or someone you know is having thoughts of suicide, please contact the National Suicide Prevention Lifeline at 1-800-273-TALK (8255).

These $22 candles come from the same factory that makes Hermès' $190 candles, and they're just as good

Britain on brink of hitting 15m vaccine target… Morph has had shot!
Technology