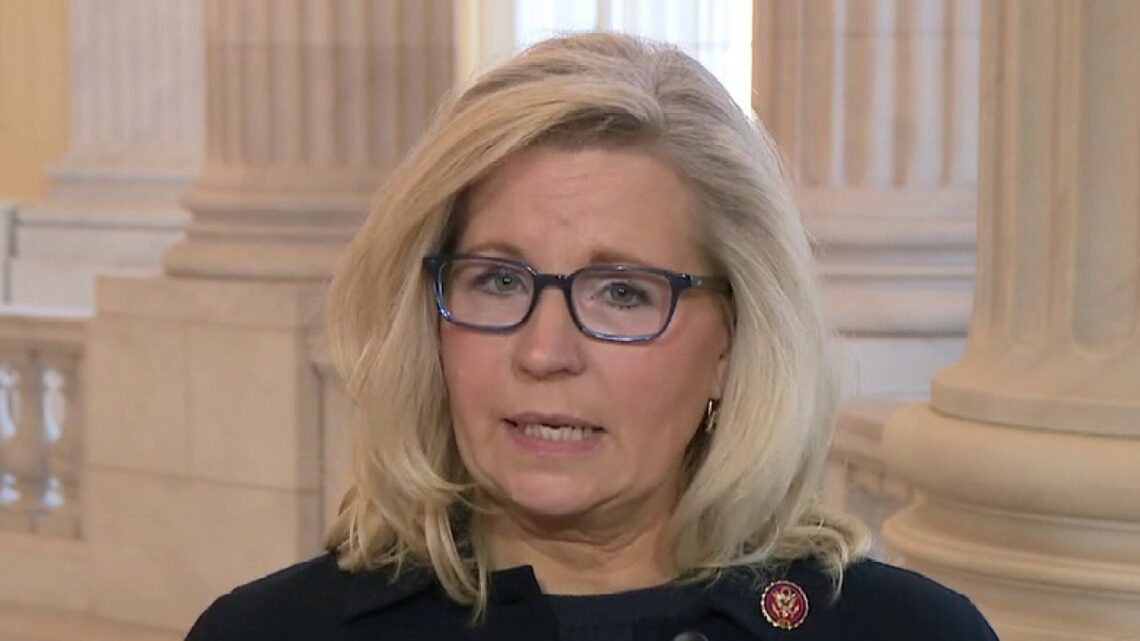 Rep. Liz Cheney reacts to the heat she’s taken from her caucus over voting to impeach former President Trump on ‘America’s Newsroom.’

Nearly three-quarters of GOP voters and more than 60 percent of all voters in Cheney’s home state of Wyoming now have an unfavorable view of the congresswoman, according to a Jan. 25-26 study by Trump pollster John McLaughlin, according to Politico.

“Liz Cheney’s decision to vote to impeach President Trump makes her extremely vulnerable,” McLaughlin wrote about the results, according to the report. “It is evident her ratings are in bad shape among general election voters and have collapsed among Republicans and Trump voters.”

“The strong voter sentiment in this survey suggests there could be similar results for other Republicans who voted for impeachment,” McLaughlin added.

A Cheney spokesman declined to comment to Politico about the poll.

Cheney was one of 10 Republicans to vote to impeach Trump for “incitement of insurrection” for his role in inciting the Capitol riot on Jan. 6. But Cheney’s rebuke of Trump drew the most attention because of her leadership position.

After the poll was disclosed, Donald Trump Jr. posted a tweet in reaction.

“[I]t’s time to get this RINO out of GOP leadership!” Trump continued about Cheney, 54, who has represented Wyoming in the House since 2017.

“Leadership is supposed to raise $, recruit new members, and lead,” Trump Jr. wrote. “She has literally done none of those things!”

The poll results and criticism from Trump Jr. were the latest signs of backlash against Cheney.

Earlier this week, U.S. Rep. Matt Gaetz, R-Fla., told reporters he planned to travel to Wyoming on Thursday to talk to voters there about what he described as Cheney’s “failed leadership.”

Gaetz denied the planned trip was part of a plan to replace Cheney as chair of the House Republican Conference.

“I do not want her job. I unequivocally am not seeking a position in House Leadership. I also know Wyoming can do better,” he tweeted.

Following the Jan. 6 riot at the Capitol, Cheney was the highest-profile Republican to speak out immediately afterward.

On Jan. 20, one week after Cheney’s impeachment vote against Trump, Wyoming state Sen. Anthony Bouchard announced plans to oppose Cheney in the state’s Republican primary for her House seat in 2022.

Bouchard drew the backing of the state’s Republican Party.

“By announcing her decision to vote for impeachment Representative Cheney denied President Trump due process; she judged the ‘evidence’ before it was presented and refused to listen to the arguments made,” the Wyoming GOP said in a statement.

During an appearance on Fox News’ “America’s Newsroom” last Thursday, Cheney downplayed her impeachment decision and instead said the GOP needed to united in opposition to the Biden administration’s agenda – “the policies that we know are going to be very damaging for the country.”

She cited Biden’s opposition to the Keystone pipeline as a key example, saying she expected that decision to result in job losses for American workers.

Cheney previously said she voted to impeach Trump because it was important that “what happened on January 6th never happen again.”

It was used to grow rice and bananas, now the water-logged plot will accommodate the dead