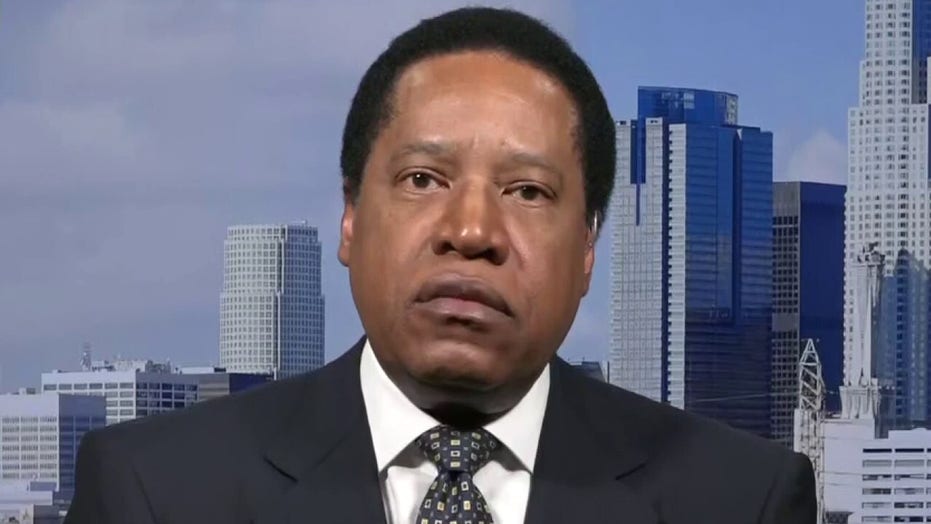 Larry Elder: Cops are pulling back and the bad guys know it

America has witnessed months of civil unrest in cities around America following the death of George Floyd in Minneapolis. Many of the protesters decry income and net worth "inequality." But the most serious "inequality" is the unequal percentage of fathers in Black households, a phenomenon that has been encouraged by government policies that normalize and reward out-of-wedlock births.

In 1965, Daniel Patrick Moynihan, who was assistant secretary of Labor to President Lyndon B. Johnson, published "The Negro Family: The Case for National Action." At that time, 25% of Blacks were born outside of wedlock, a number that this former adviser to President John F. Kennedy, future adviser to President Richard Nixon, future U.S. ambassador and future Democratic senator from New York said was catastrophic to the Black community.

Moynihan wrote: "A community that allows a large number of young men to grow up in broken homes, dominated by women, never acquiring any stable relationship to male authority, never acquiring any rational expectations about the future — that community asks for and gets chaos. Crime, violence, unrest, unrestrained lashing out at the whole social structure — that is not only to be expected, it is very near to inevitable."

Moynihan, according to his daughter, "was crucified by the left," many of whom considered the book racist. Maura Moynihan said: "To this day members of the New York and DC elite insult and attack me at cocktail parties for being his daughter." But since the publication of her father's controversial report, the percent of Black children entering the world without a father in the home has almost tripled.

In 2015, Isabel V. Sawhill, a senior fellow at Brookings, wrote "Purposeful Parenthood" and said:         "The effects on children of the increase in single parents is no longer much debated. They do less well in school, are less likely to graduate, and are more likely to be involved in crime, teen pregnancy, and other behaviors that make it harder to succeed in life. Not every child raised by a single parent will suffer from the experience, but, on average, a lone parent has fewer resources — both time and money — with which to raise a child. Poverty rates for single-parent families are five times those for married-parent families. … The growth of such families since 1970 has increased the overall child poverty rate by about 5 percentage points (from 20 to 25 percent). …

"Recent research suggests that boys are indeed more affected than girls by the lack of a male role model in the family. If true, this sets the stage for a cycle of poverty in which mother-headed families produce boys who go on to father their own children outside marriage."

In 2014, Brookings also published "The Unequal Burden of Crime and Incarceration on America's Poor" by former Brookings expert Benjamin H. Harris and nonresident senior fellow Melissa Kearney. They wrote: "(F)or an African American child whose father does not have a high school diploma, there is roughly a 50 percent chance that his or her father will be in prison by the time of the child's fourteenth birthday. That so many of our nation's children — poor, minority children, in particular — grow up with an incarcerated parent makes their chances of success that much harder."

Robert Rector, a senior research fellow at the conservative Heritage Foundation, wrote in 2012 "Marriage: America's Greatest Weapon Against Child Poverty," in which he made the same case as did the researchers from Brookings: "Child poverty is an ongoing national concern, but few are aware of its principal cause: the absence of married fathers in the home. According to the U.S. Census, the poverty rate for single parents with children in the United States in 2009 was 37.1 percent. The rate for married couples with children was 6.8 percent. Being raised in a married family reduced a child's probability of living in poverty by about 82 percent.

"Some of this difference in poverty is due to the fact that single parents tend to have less education than married couples, but even when married couples are compared to single parents with the same level of education, the married poverty rate will still be more than 75 percent lower. Marriage is a powerful weapon in fighting poverty. In fact, being married has the same effect in reducing poverty that adding five to six years to a parent's level of education has."