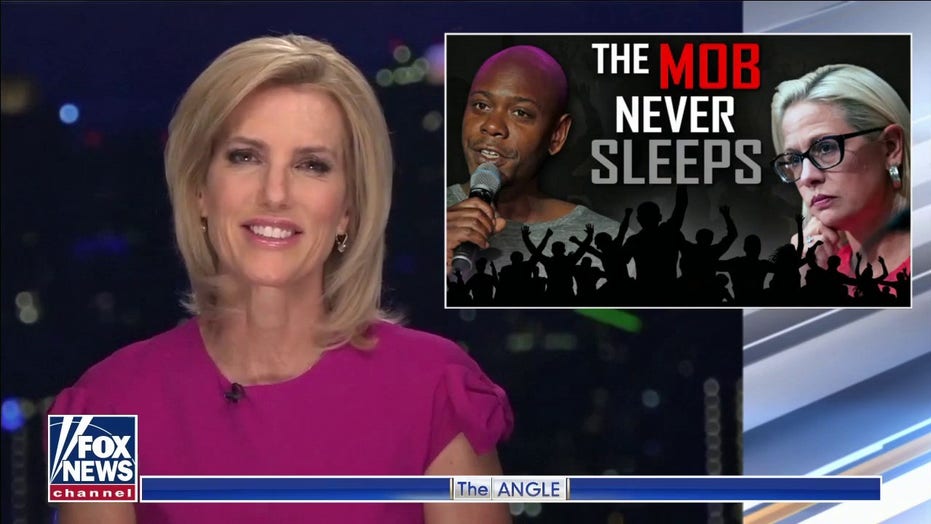 Host Laura Ingraham sounds off on ‘The Ingraham Angle’

The Arizona Working Families Party and the Sunrise Movement’s Tempe chapter shared a photo of activists holding up signs urging Sinema to deliver “green jobs now,” “care jobs now,” and to “be brave, fight for us.”

“We’re here at the #Boston Marathon with @SunriseTempe and others from AZ asking @SenatorSinema to stop running from her constituents and start listening!” the Arizona Working Families Party tweeted. #StopRunningSinema & pass the full Build Back Better plan NOW!”

The protest came after activists from the Green New Deal Network, a coalition of 15 organizations, announced that they planned on “bird-dogging” Sinema during the marathon, according to The Boston Globe.

Last week, activists approached Sinema at the airport and on an airplane, urging her to support the Build Back Better bill. Other activists even followed her from a classroom at Arizona State University, where she teaches, to a bathroom there. They continued hounding her while she was in the stall and later when she emerged to wash her hands.

Sinema has expressed her opposition to the Build Back Better bill, which Democrats have often paired with a $1 trillion bipartisan infrastructure bill. Sinema and her colleague Sen. Joe Manchin, D-W.Va., have balked at the $3.5 trillion sticker price, which The Wall Street Journal editorial board has insisted is a low estimate of the bill’s true cost of $5 trillion. Biden and his advisers, meanwhile, have insisted that the cost is “zero” because they pledge to pay for the $3.5 trillion with tax increases on the wealthy and corporations.

Biden addressed the confrontations against the senators last week, noting that neither senator has Secret Service protection.

“I don’t think they’re appropriate tactics, but it happens to everybody,” Biden said.

“The only people it doesn’t happen to are the people who have Secret Service standing around them,” Biden added. “So, it’s part of the process.”