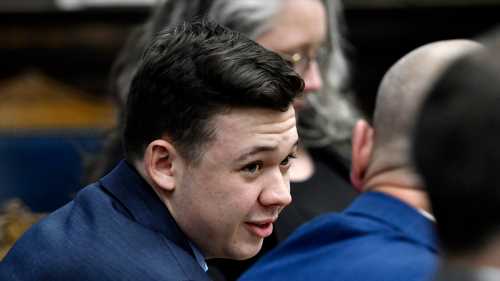 Kyle Rittenhouse Found Not Guilty of All Charges in Kenosha Shootings

After a two-week trial and 26 hours of deliberations over four days, a jury found Kyle Rittenhouse not guilty of all charges in the Kenosha shootings.

The judge in the case had previously dismissed lesser charges against Rittenhouse of possession of a dangerous weapon by a person under 18 and failure to comply with an emergency order from state or local government during the trial.

Last summer, Rittenhouse, a teenager from Antioch, Ill., used a semi-automatic rifle to shoot three men, killing Joseph Rosenbaum and Anthony Huber and wounding Gaige Grosskreutz, during an altercation in Kenosha, Wis. Rittenhouse’s actions came during a protest against police brutality that was intended as a response to the shooting of Jacob Blake, a Black father who was left partially paralyzed after a white officer fired at him in front of his children.

Prosecutors called 22 witnesses over the trial to demonstrate that Rittenhouse acted recklessly during the incident, arguing that Rittenhouse instigated the confrontation by first pointing a rifle at Rosenbaum. Rittenhouse and his lawyers argue that he acted out of self-defense as a response to Rosenbaum chasing after the teenager and throwing a bag at him. With more than a dozen videos of the night’s events shown during the trial, the exact events of the altercation were not the topic of debate in the case. Rather, the trial was intended as an assessment of whether Rittenhouse’s actions were “reasonable.”