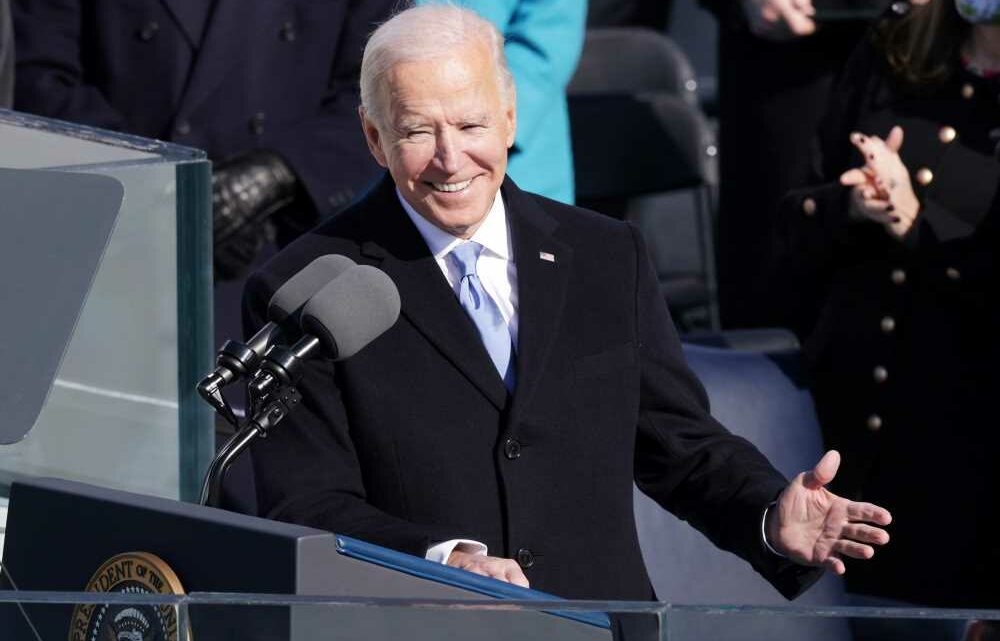 A Texas teacher and her students continued their tradition of sending letters to presidents — and got quite a treat in return when they received a response from newly sworn-in Joe Biden after writing a letter congratulating him on his election win.

Martha Tavarez, who teaches at Barron Elementary School in El Paso, told Good Morning America this week that after the election, she and her kindergarten students wrote Biden, 78, a letter to offer their congratulations and include photos of their lessons relevant to the election.

Biden's response, read in part, "I received your letter and wanted to let you know how much I appreciate your kind words."

The new president went on to discuss his plans and hopes for the future, saying he is "heartened by the spirit and resilience of the American people."

"Thanks again for writing, Martha. For keeping the faith in us and in the country we love, I am forever grateful to you," Biden concluded.

Tavarez told GMA that her class held a mock election before they sent the letter, where they wrote down who they "voted" for and explained why. (The tally? Six votes for Biden, three for former President Donald Trump and three undecided.)

"We were learning what voting was and began by voting for fruits, vegetables … and we took it a step further and voted for the president," Tavarez told GMA. "I assigned [them] to ask their folks who they're voting for and who they should vote for and why."

This is not the first time Tavarez and her class have written to politicians. In the past they have sent letters to former Presidents Barack Obama, George W. Bush and George H. W. Bush, as well as former First Lady Melania Trump, all of whom responded.

"I talk to the kids about the letter and they give me ideas of what to write," said Tavarez, according to a news release from her school district. "My students are excited when we get responses from people we send letters to. It teaches them that their voice matters."

This past summer, Tavarez wrote to now-Vice President Kamala Harris about a speech she gave on the importance of education, GMA reports — and Harris, 56, responded too.

But Tavarez's letter-writing lessons for her students don't extend to just politicians.

Last year, the teacher helped 6-year-old Carlos De La Torre write a letter to Dallas Cowboys' owner Jerry Jones with some tips to improve their game while the team was on a bit of a losing streak, reports El Paso TV station KVIA.

To their surprise, the Cowboys sent Carlos a Jerry Jones autographed photo, an autographed pennant, a gameday program — and a box of Cowboys merchandise for his entire class, like pens, bracelets and temporary tattoos.

"I don't expect anything in return, but I open my mailbox and it made me happy to know I was heard," Tavarez told GMA of her letters. "I'm just an ordinary, everyday teacher. I want to show my kids how drawing a simple picture can bring a smile to someone's face."

The Redditors Have Revealed A Myth About The Stock Market

Esports Ecosystem Report 2021: The key industry companies and trends growing the esports market which is on track to surpass $1.5B by 2023
Technology