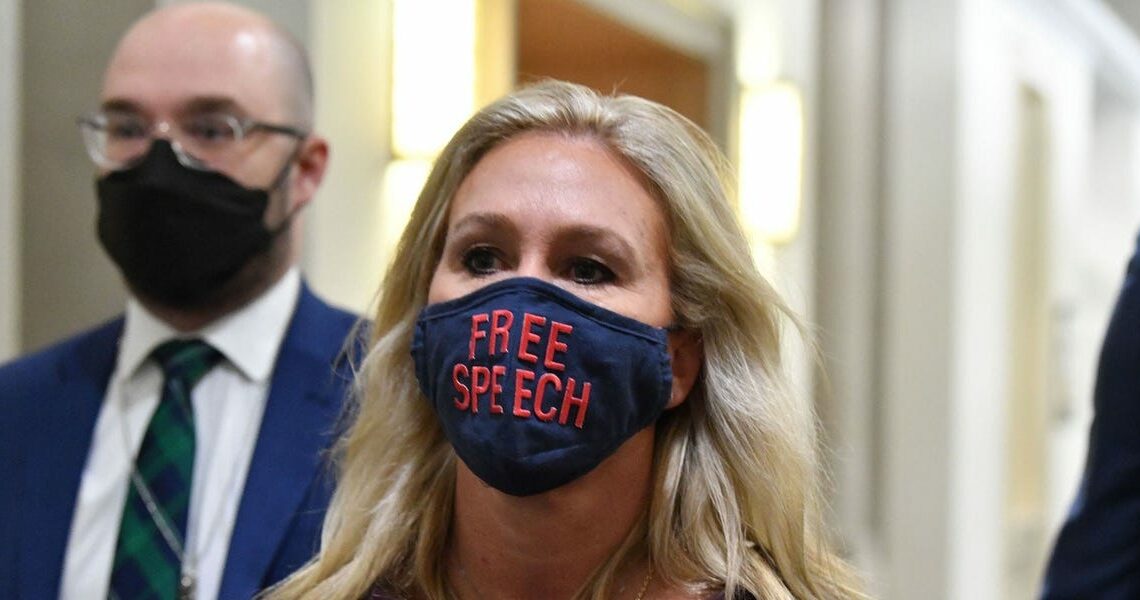 The communications director for Rep. Marjorie Taylor Greene, the loose cannon whom disaffected Georgians entrusted with representing them in Washington, recently took it upon himself to confront Rep. Eric Swalwell about the Centers for Disease Control and Prevention’s sudden about-face on pandemic-related mask-wearing requirements.

“You don’t tell me what to f—ing do,” said Swalwell, a California Democrat who served as an impeachment manager earlier this year during the House’s historic second rebuke of then-President Donald Trump.

Some might find midday shouting matches in the halls of Congress disheartening.

It was just another day in the social-media-content mines for Team Greene, which immediately ran to Twitter to discredit every account of the exchange but its own.

Much like his boss, Dyer uses social media to lash out at all types of enemies. He probably devotes more time to it now via @RealNickDyer than he did on a since deleted account (@MrNickDyer) from a decade ago. But it’s hard to tell for sure since only snippets of that past online persona — a big part of which was hyping Kentucky GOP Sen. Rand Paul really hard — are still floating around. 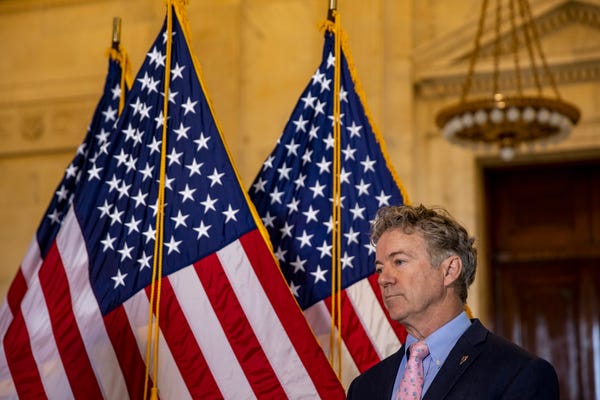 All in a day’s work

A Texas native, Dyer’s first brush with Congress came via his work on Ted Cruz’s debut campaign. A legislative biography lists Dyer as the deputy state field director for the now two-term Texas Republican’s initial bid for higher office in 2012.

After that Dyer took on a new challenge: Dr. Greg Brannon, a tea-party challenger who ran for House and Senate seats in North Carolina, losing three primaries from 2014 to 2016. Archived tweets from that era display myriad interests. Short-term distractions include a History Channel miniseries about the American Revolution and Super Bowl 49, while his hero worship of Paul and aversion to Hillary Clinton emerge as recurring themes.

The last snapshot of the now defunct account shows it was locked, meaning closed off from public inspection, when August 2017 rolled around. By then, the bio info had been changed to: “WE DID IT! #MAGA.” In April 2015, it led with “Ted Cruz Alum.”

How he filled this time between then and now is an open question.

Dyer did not respond to a request for comment about how he came to work for Greene or the scope of his duties in her congressional office as the Georgia Republican quickly rises to celebrity status far beyond Washington.

What he’s up to these days is somewhat part of the public records, though holes still exist.

Dyer has issued 35 press releases on Greene’s behalf since the 117th Congress got underway, averaging about two a week since the nascent pol was sworn in in January.

By comparison, House Minority Leader Kevin McCarthy has pumped out 80 press releases (and counting) during the latest session — some of which were mandated by Greene-sparked scandals past and present. In February, McCarthy attempted to smooth over her penchant for conspiracy theories. 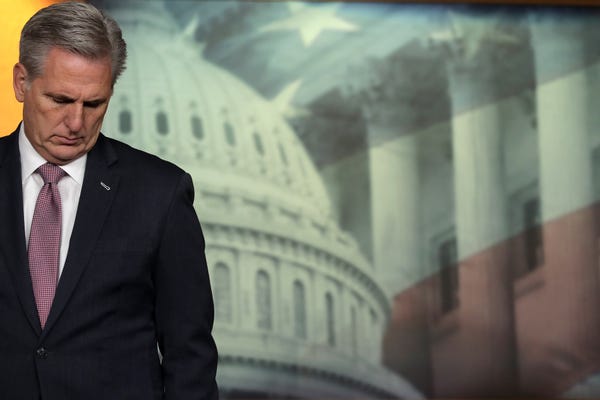 This week, the California Republican had to weigh in on Greene equating COVID-19-related safety protocols to the Holocaust.

“Marjorie is wrong, and her intentional decision to compare the horrors of the Holocaust with wearing masks is appalling. The Holocaust is the greatest atrocity committed in history,” McCarthy said in an official statement. “The fact that this needs to be stated today is deeply troubling.”

“I’m sorry some of my words make people uncomfortable, but this is what the American left is all about,” Greene said in a release lumping congressional Democrats in with “the great tyrants of history.”

Dyer’s dealings with the press have been adversarial, to say the least.

In January, a television crew from WRCB, a Chattanooga, Tennessee, NBC affiliate that broadcasts in Greene’s northwest Georgia district, was banned from asking questions of Greene or her constituents. It was also threatened with arrest at the invite-only town hall the reporters had been credentialed for.

“This was a town hall for constituents. Not a press conference,” Dyer told The Associated Press via email. “Every attendee (besides media) was allowed to ask a question and Congresswoman Greene answered every question.”

Dyer did not respond to Insider’s request for comment about whether restricting media access was his idea or the brainchild of Greene’s like-minded chief of staff, Patrick Parsons.

“You are a scumbag, Michael,” was Dyer’s only contribution to the nearly 6,700-word opus.

The animosity carries over to his Twitter feed. That’s where Dyer curates a personal-enemies list in real time.

One of his most frequent targets in the news business is the CNN anchor Jake Tapper. 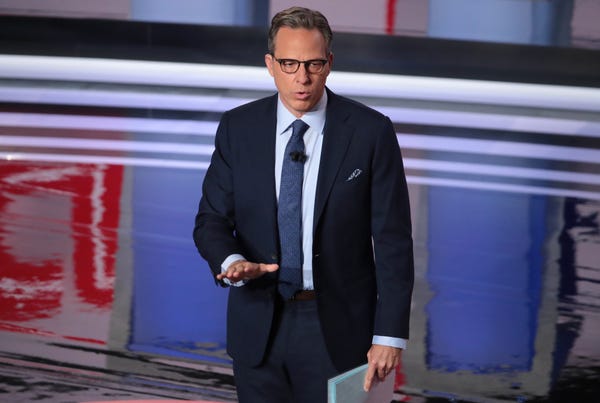 But Dyer will, from time to time, go after the biggest newspaper in Greene’s home state or the media in general.

Dyer roasts foes from either side of the aisle, appearing to derive no less pleasure from trumpeting Rep. Liz Cheney’s ouster from House Republican leadership for unapologetically bad-mouthing Trump than he does from talking down to Rep. Alexandria Ocasio-Cortez, a Democrat of New York.

In June 2014, Dyer managed to swipe at two leading Republican figures. In a comment captured by Talking Points Memo, he took digs at both South Carolina Sen. Lindsey Graham, who had just pulled out a GOP primary win over more conservative challengers, and House Majority Leader Eric Cantor, who’d just been picked off by the tea-party poster boy Dave Brat.

“Much more important that Cantor lost than Graham winning,” he wrote on that now defunct Twitter account.