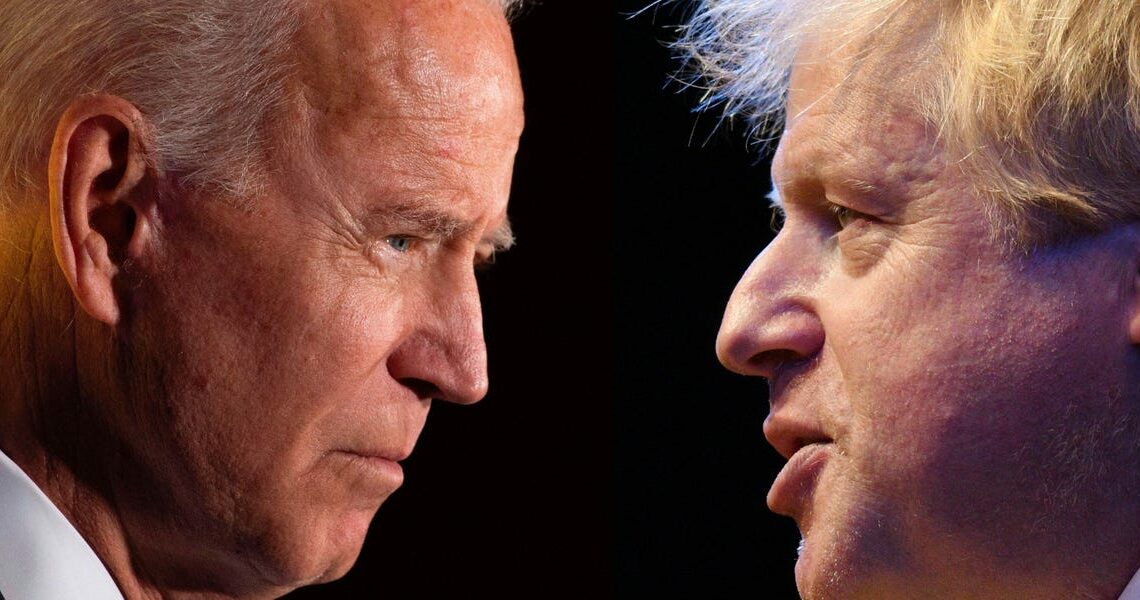 It was a sign of quite how keen Boris Johnson is to repair relations with President Joe Biden that his office last week refused multiple requests to criticize Biden’s removal of Winston Churchill’s bust from the Oval Office.

“The Oval Office is the president’s private office and it’s up to the president to decorate as he wishes,” was the only comment the prime minister’s official spokesman would make.

The tone was markedly different from Johnson’s reaction to removing the bust by Biden’s predecessor Barack Obama back in 2016.

Back then, Johnson, who has written a biography of Churchill, devoted an entire newspaper column to the decision, deriding President Obama’s removal of the bust as  a “snub” to Britain that was caused by the “part-Kenyan president’s ancestral dislike of the British empire.”

The line, with its apparent racial connotations, is still remembered by President Biden and his team.

“Joe has a long memory,” about such things, one source in Biden’s campaign told Insider last year.

Since Biden’s victory, Downing Street officials have been keenly talking up the common ground between the UK and the US on issues like climate change, and both sides reported a warm and constructive phone call when the pair spoke for the first time last weekend.

However, Johnson’s ties to Trump, both personally and in his political style, remain a source of distrust among Biden’s allies.

“Boris has said a lot of stuff,” Ashish Prashar, a Biden-Harris campaign surrogate and justice reform advocate who previously worked for Biden, told Insider. “He’s aligned himself with people like Steve Bannon. He has been public about his dismissals around President Obama’s birth.”

Biden’s shift towards becoming a more progressive politician also mark him out against Johnson, said Prashar.

He pointed to the president’s vocal support for transgender rights, his diverse Cabinet, and his efforts to push through equal marriage legislation in 2012.

“He did the reverse of the trope that you get Conservative as you get older,” Prashar said.

Biden last year compared Boris Johnson to a “physical and emotional clone” of Donald Trump, and shaking off those associations is proving to be an uphill battle for Johnson.

While many world leaders attempted to forge close relations with Trump, Johnson went further, repeatedly speaking admiringly of the former president. He was also reported to have been in close contact for a time with US alt-right provocateur Steve Bannon, Trump’s former campaign manager.

Biden’s senior team also views Brexit as a significant mistake. Last year, there was alarm in London when Biden issued Johnson with a stern warning over the impact of his Brexit plans on Northern Ireland.

Nonetheless, there is a recognition on both sides of the Atlantic that the two men need to work together on common interests after the Trump era. Both leaders face the monumental domestic task of vaccinating their own populations against COVID and eradicating the virus globally.

Additionally, Biden and his Secretary of State Antony Blinken face the task of restoring America’s position on the world stage after four years. Trump often treated US allies with disdain or distrust.

That task will be “massive,” said Mike Blake, vice-chair of the Democratic National Committee, in an interview with Insider.

However, he stressed that Biden’s long experience meant he had the capacity to accomplish the task.

“The second dynamic of this is that you have a leader who’s ready to do this,” he said.

“You can make the very clear argument that President Biden is the most qualified person to become President in our history. When you have someone who was in the Senate for 36 years, a person who was a vice-president for 8 years, the relationships he has: It immediately will allow for that restoration to be able to build from there.”

Boris Johnson’s team is looking keenly ahead to the G7 summit in June, when world leaders will meet in person for the first time since the beginning of the COVID-19 pandemic. Johnson reportedly hopes to use the summit, as well as a climate change summit later in the year, to push his green credentials on a president who has put climate change at the heart of his agenda.

Whether Johnson and Biden will ever have a warm relationship is a different question, however.

But even if Biden remains wary of Johnson, maintaining relations with one of the United States’ closes allies will remain the priority.

“I believe the relationship between the UK and US will stay strong. There are lots of reasons we are intrinsically tied together,” Prashant told Insider.

“But do I believe that Boris is liked by [the new administration]? No.”

Trump's fall from grace won't just damage his political career. His businesses will suffer too, according to a PR expert.
Technology