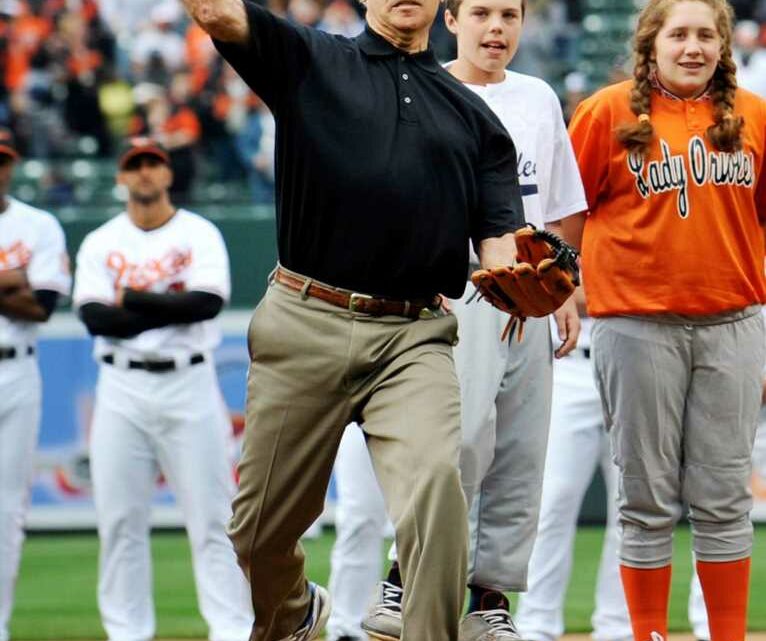 Major League Baseball is returning this week, but one long standing tradition won't.

President Joe Biden will not throw out the first pitch at the Washington Nationals' home opener on Thursday night, the White House said. That means another break from an American sports tradition that dates back more than a century — for now.

"I know the President is eager to get out to Nationals Stadium: many beautiful days, many beautiful baseball games ahead this spring," White House Press Secretary Jen Psaki told reporters on Tuesday in response to a question about his decision.

The reporter asked if it was made with pandemic precautions in mind.

"It's not on his schedule this week," Psaki said of Biden, 78. "But I certainly expect that baseball fans will be hearing from him in the next couple days."

Her open-ended answer left some baseball fans wondering if the president, a well-known Philadelphia Phillies fan, would toss out the first pitch at another stadium or during another time later this year or if he would be appearing remotely.

Every sitting president until Donald Trump has thrown out the first pitch before a D.C. team's home opener since President Howard Taft tossed the first ball in 1910.

There was no major league team in the nation's capital between 1971 and 2005, but the Associated Press reported that during 33-season absence presidents threw out the first pitch at other ballparks around the country. Biden, whom the AP reports was a Little League shortstop and center fielder in his younger days, last tossed out a first pitch in 2009, at a Baltimore Orioles game when he was vice president.

He was also in the crowd during the Phillies' 2009 World Series run and attended spring training games for the New York Yankees in recent years, according to the AP.

Trump was the first president to break the opening-pitch tradition.

The former president did, however, attend a 2019 World Series game at Nationals Park between the Nats and the Houston Astros. He drew a mixed reaction from the crowd, including boos.

The Nationals were hoping to return to the presidential tradition this season.

Hours after Biden won the 2020 election in November, the team tweeted out an invitation for the new president to come toss out the opening day pitch this spring.

The Nationals told The Washington Post that the team will "look forward to welcoming President Biden to Nationals Park in the future."

Easter Covid lockdown rules: What you can and can’t do over the UK bank holiday