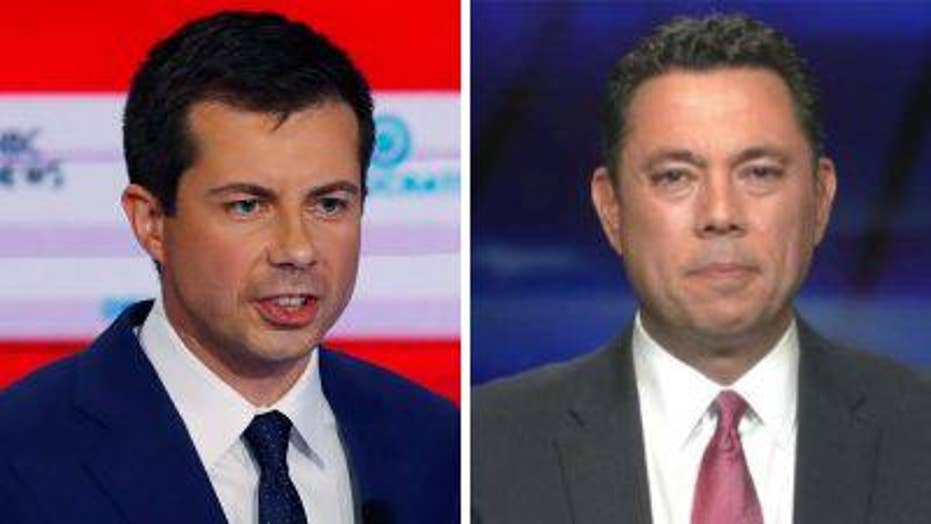 The plan appears to be very similar to one touted by then-Sen. Barack Obama, D-Ill., on the presidential campaign trail in 2008, Chaffetz said Wednesday on "The Story."

"This is just more big government," he said.

"This is not a new idea — $20 billion to have volunteers over a 10-year period. Plus, he wants grants on top of that. We want people to volunteer but you should do it through your church or the United Way or the Red Cross.

"What he wants us to implement his own policies and his own politics and have the government pay for it by the tune of $20 billion. That's just more big government."

Earlier Wednesday, The South Bend, Ind., mayor and 2020 presidential candidate announced what his campaign has dubbed "A New Call to Service." The initiative calls for building a network of a million National Service members by 2026, when America celebrates the 250th anniversary of its independence.

“National service can help us to form connections between very different kinds of Americans, as was my experience in the military,” Buttigieg said in announcing his plan.

Pointing to his tours of duty in Afghanistan, the 37-year old emphasized that "I served alongside and trusted my life to people who held totally different political views. You shouldn't have to go to war in order to have that kind of experience, which is why I am proposing a plan to create more opportunities for national service."

The proposal would immediately offer national service opportunities to 250,000 through the existing federal and AmeriCorps grantee organizations.

In his interview, Chaffetz claimed the plan is a, "retread of an old idea."

"He's going to present it as if it's new and it's exciting, but it's just big government politics. A classic liberal line that they need more government to fix the nation's problems."

"That's why as president I will expand AmeriCorps up to 250,000 slots and make that increase service vehicle, to meet national goals," the future president said.