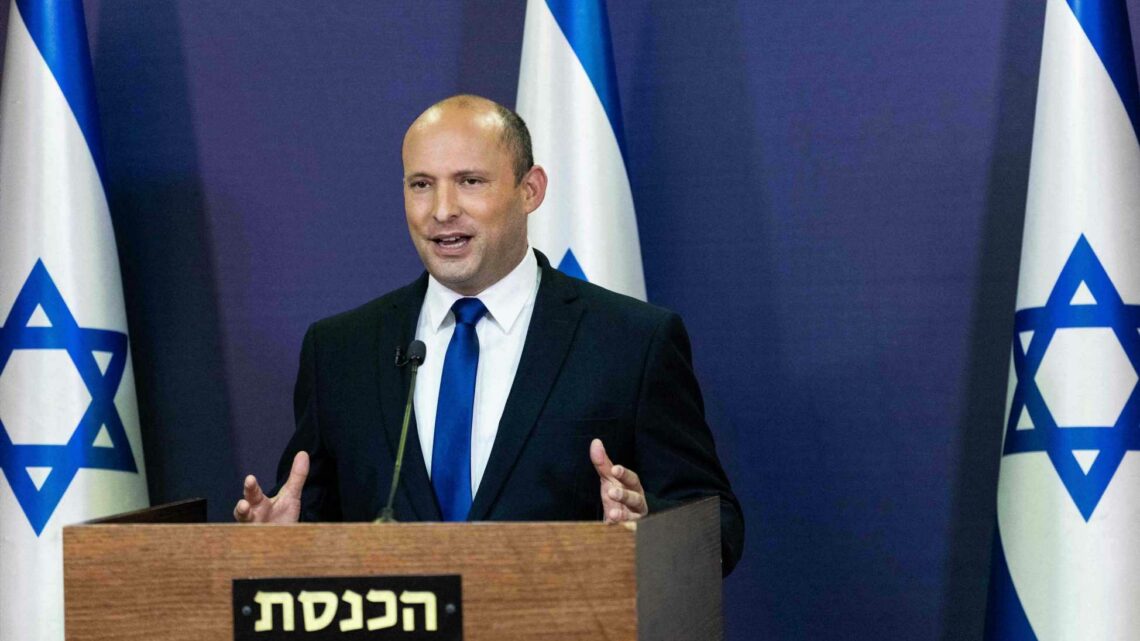 In the past 24 hours, Israel has inched closer to what could be the removal of its longest-serving prime minister.

Naftali Bennett of the right-wing Yamina party announced late Sunday his intention to team up with the centrist Yair Lapid, leader of the Yesh Atid party, to form what aims to be a unity coalition.

This would be a diverse collection of parties with little in common except the goal of unseating Prime Minister Benjamin Netanyahu, who has been in power for more than 12 years. If successful, it would end the complex political deadlock that has seen Israel hold four elections in less than two years.

Lapid's government-formation challenge is one that Netanyahu himself failed to achieve by a previous deadline in early May. The prime minister's failure to build a governing coalition with enough support from multiple parties — at least 61 seats in the Israeli parliament, specifically — meant that President Reuven Rivlin handed another politician, Lapid, the mandate to have go, and with another 28-day deadline.

If Lapid fails, Israelis will likely have to end up going to the polls for the fifth time in two years.

But was Sunday's news the nail in the coffin for Netanyahu's premiership?

Asif Shuja, a senior research fellow at the National University of Singapore's Middle East Institute, says there's still time for the right-wing prime minister to convince members of parliament to take his side before an upcoming vote of confidence.

"My view is he still has some days to use any other cards he may be having up his sleeve, because once the deadline is done, then after that there will be some time for him before the vote of confidence is done," Shuja told CNBC's Dan Murphy on Monday. "Before that, if he can get some members of the Knesset to his favor, then he can actually form a government."

The 71-year-old Netanyahu, who leads the right-wing Likud party, launched a last-minute bid on Sunday to offer a three-way leadership alliance with himself, Bennett and another right-wing politician, Gideon Saar. His attempt to lure the lawmakers offered a rotating premiership between the three men for the rest of their government's term, if he were to succeed in forming a winning coalition with them.

But Saar, a former Likud lawmaker, quickly tabled the offer, writing on Twitter: "Our position and commitment was and remains: to change the Netanyahu regime."

"As far as I can see," Shuja added, "there is a grave opposition against his rule for another two years … that is a long reign. And a lot has changed during this period of time."

Lapid has until Wednesday to seal the deal with Bennett, after which the agreement still needs to be signed and presented to the president before it can be officially sworn in.

Given the often unpredictable nature of Israeli politics, a lot can happen between now and then — and any majority is likely to be slim.

Ofer Kenig, a professor of politics and research fellow at the Israel Democracy Institute, said it was "questionable" whether a government would be formed.

"And the nightmare of a fifth election is not in the realm of the impossible," he wrote in an article for the institute on Sunday.

Netanyahu is currently on trial for several corruption charges, which he denies. But aside from that, Shuja and other analysts point to one of the single biggest concerns for many Israeli voters: security.

"Israel isn't looking very secure because of this 12 years of reign. There are many geopolitical issues which can illustrate that view," Shuja said. Regional watchers point to several clashes between Israel and Palestinian militants, primarily Hamas, over the course of his time if office, most recently the violence in Gaza in May that left more than 250 Palestinians and 12 Israelis dead.

"That is why this opposition is firming up and we can see that there's real opposition to his rule, and this new coalition is very diverse in nature so we will have to see what exactly what comes up in the future," Shuja added.

That said, the broad array of parties in the proposed opposition coalition — centrist, left wing and right wing — present the potential for further deadlock and demonstrate just how fragile such a government could be.

Bennett, known for being a hardline nationalist on the Israeli right wing, has been supportive of the controversial Jewish settlements in the Israeli-occupied West Bank. But to achieve a coalition government, he must have the support of at least some of Israel's Arab parties, one of which has said it will join the unity government if it agrees to their demands.

As long as the common goal is to unseat Netanyahu, experts say the alliance could hold up. But, if the coalition does take power, the issues that have always divided its members could see their "unity" called into question.

Third Covid wave could already be underway in the UK, scientists warn
Technology