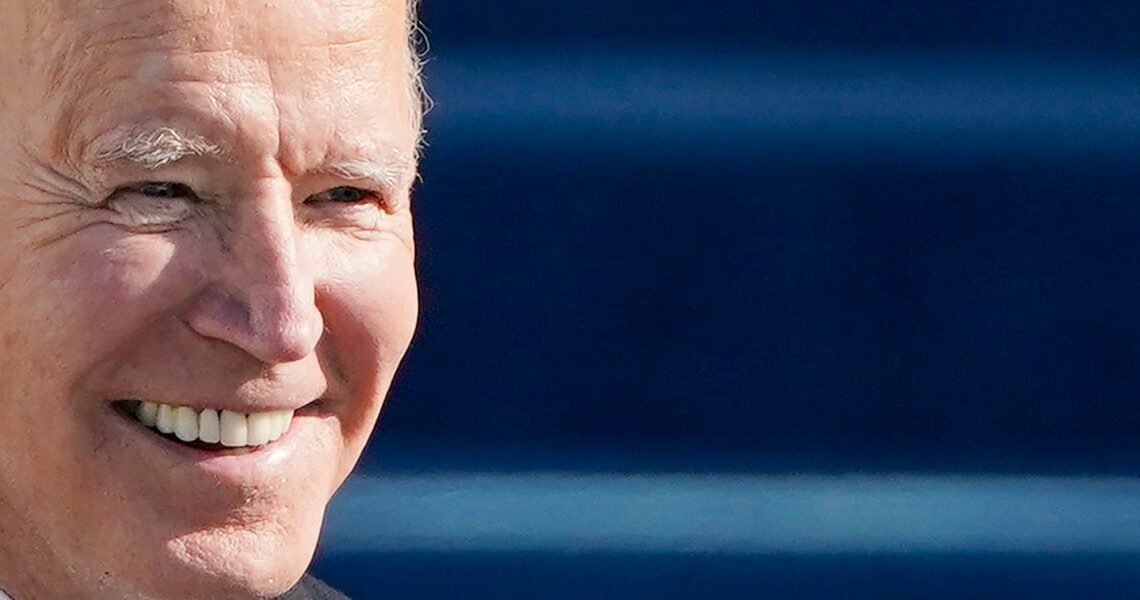 Inside Biden's brain trust: Meet the 7 confidants who huddle with the president in his exclusive strategy sessions

It’s an exclusive invitation in the Biden White House that’s reserved for the president’s inner circle. The roster includes mostly longtime Biden consiglieres, but also a few relative newcomers to BidenWorld who have gained clout with the president.

They represent a tiny fraction of the more than 300 staffers who work for the Executive Office of the President.

A White House aide confirmed to Insider that the group meets regularly with the president, but declined to offer additional details.

The sessions rarely have a formal agenda, The Washington Post reported last month. Biden declares “here’s what I want to talk about” or his aides bring up topics they’ve agreed to raise with him.

They’ve all got Biden’s ear as the president is navigating the response to the coronavirus pandemic, trying to drive economic recovery, and tossing out policies that the Trump administration put into place.

It’s a crew that’s tight-knit but also tight-lipped about relationships inside BidenWorld. It’s a stark contrast to TrumpWorld, where reports of staff’s internal bickering and power struggles regularly spilled into public view.

Here’s a look at who’s advising Biden in those closed-door sessions.

Ron Klain, chief of staff: His relationship with Biden goes back decades 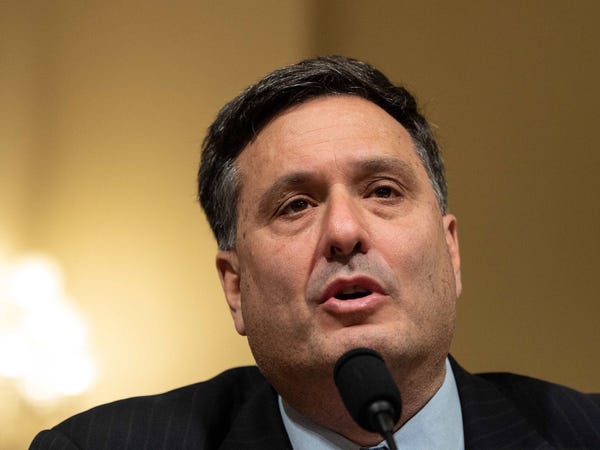 As Biden’s chief of staff, Klain is the most public figure in the president’s inner circle.

The Biden-Klain relationship goes back decades. Klain started as chief counsel to Biden in 1989, shortly after Biden made his first of three runs for the presidency. Biden was serving as chairman of the Senate Judiciary Committee.

When Biden won the vice presidency, in 2008, he picked Klain as his chief of staff. Washington insiders said it was a no-brainer that Biden would hire Klain again in 2020 for the chief of staff gig, widely considered to be the second-most-powerful job in the White House after the presidency itself.

Unlike some other longtime Biden loyalists who work almost entirely behind the scenes, Klain is active on Twitter, where he tweets a steady stream of praise for Biden and his policies. Klain is also a regular cheerleader for his boss on the Sunday news talk shows and cable TV. 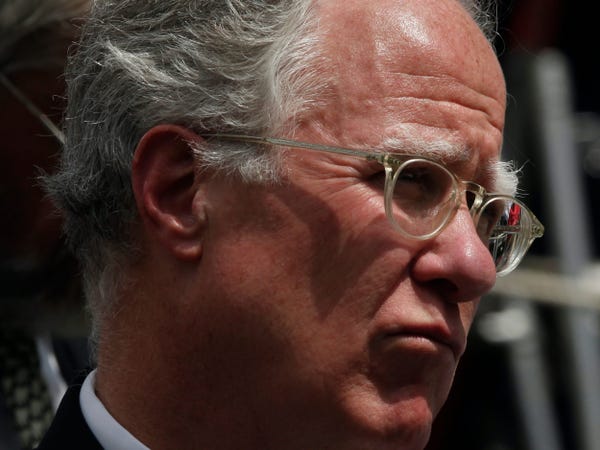 Donilon has been called “the brains behind Biden,” the “wise man” in the Biden White House, and “fluent in Bidenese.”

“The most understated and overlooked advisor to the president” is how Moe Vela, an aide to Biden during his vice presidential years, described Donilon to Insider.

“I call him the president’s secret weapon. He’s very quiet, very low profile, very low key, not ever wanting to be in front of a camera.”

Donilon is a veteran political strategist who served as a senior aide to then-Vice President Biden during the Obama administration and returned to the White House this year as a senior advisor to the president. While low profile, he’s a critical cog in Biden’s governing machine.

Donilon, whose relationship with Biden goes back 40 years, has a West Wing office off Biden’s study, and he’s the last person to look at every speech or presidential communication before it goes to the president’s desk, the Boston Globe reported.

Steve Ricchetti, counselor: Former lobbyist who helped the president get a book deal 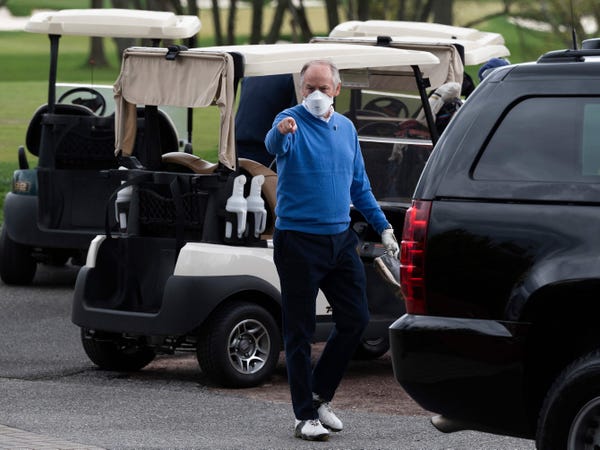 Ricchetti joined Biden’s vice presidential staff in 2012 as a counselor before Biden promoted him to serve as his chief of staff from late 2013 until 2017.

In his 2017 memoir, Biden called Ricchetti an “easygoing guy who had proven willing to do almost anything I asked.”

Ricchetti was Biden’s top aide in 2015 when the then-vice president’s son, Beau Biden, died of brain cancer. Biden told Ricchetti to keep his schedule packed to distract him during Beau’s illness, but Ricchetti “would conspire” with Jill Biden “to get me to ease off for a while,” Biden wrote.

He helped Biden negotiate a seven-figure book deal for his 2007 memoir, “Promise Me, Dad: A Year of Hope, Hardship, and Purpose,” and helped set up a subsequent book tour, the paper reported. Ricchetti is credited in the acknowledgment section of Biden’s book.

He joined Biden in April for his first round of golf as president along with Ron Olivere, Beau Biden’s father-in-law.

Anita Dunn, senior advisor: Goes back to the Carter administration 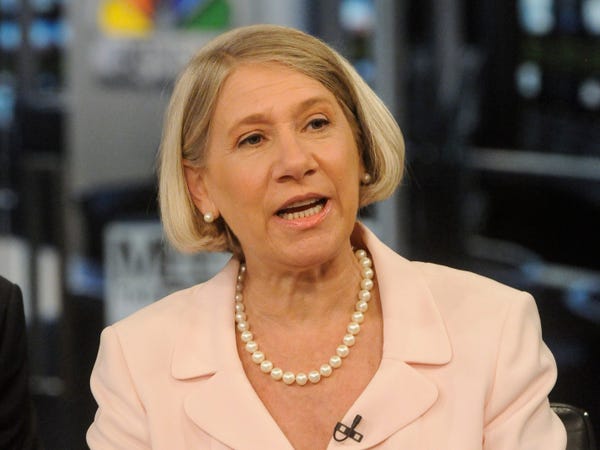 After serving as an influential senior advisor to Biden’s campaign, she was prepared to rejoin her firm, SKDK.

But in January the Biden team announced that Dunn would be sticking around after all, with plans to return to her firm “sometime this summer,” Politico reported.

“As [Biden] will be the first to say, he’s the only Irishman who doesn’t carry a grudge,” Dunn told the Atlantic. “I’m not Irish, but I will carry his grudges.”

Bruce Reed, deputy chief of staff: Worked with Biden during the Clinton years 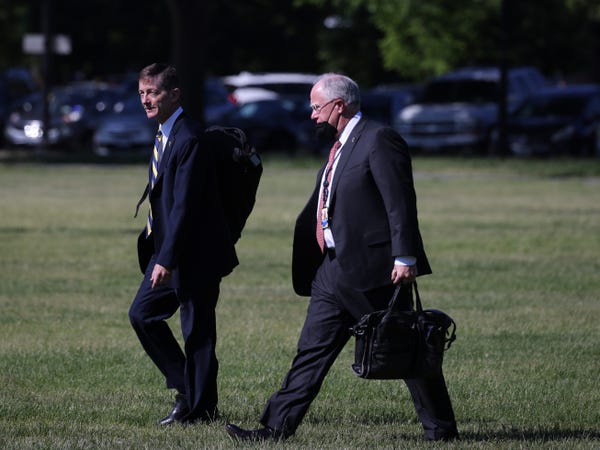 Reed is a veteran Democratic White House staffer. He’s also one of three current top West Wing staffers who also served as chiefs of staff to Biden during the Obama administration. Reed was then-Vice President Biden’s chief of staff from 2011 until 2013 — in between Klain and Ricchetti.

Reed and Biden go back decades; they worked together on the crime bill in the 1990s when Reed was a domestic policy aide in the Clinton White House and Biden was chairman of the Senate Judiciary Committee.

Biden appointed Reed despite opposition from some progressives who called him a “deficit hawk” based on his past work on a bipartisan commission that advocated cuts to Social Security and Medicare. Democratic Reps. Alexandria Ocasio-Cortez of New York and Ilhan Omar of Minnesota signed a petition last fall urging Biden to keep Reed out of his administration.

Jennifer O'Malley Dillon, deputy chief of staff: "What she says and does touches on everything" 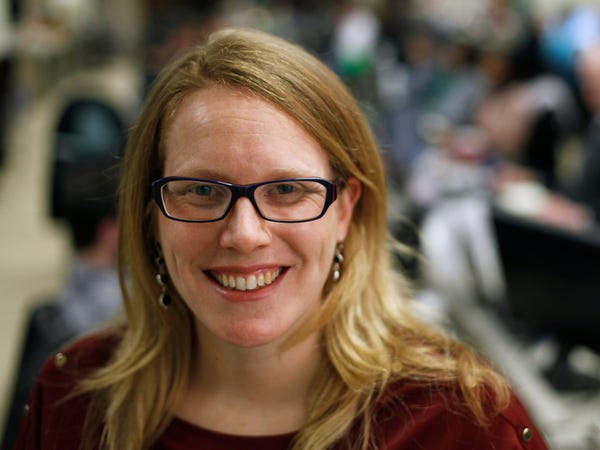 Her role as a senior advisor is so broad “it’s honestly tough to even pinpoint her involvement because what she says and does touches on everything, providing critical advice to the president,” a White House aide said.

Her portfolio includes advising Biden on organizational planning, public events, hiring, coordinating the more political side and ensuring Biden’s priorities and initiatives extend to all parts of the administration, the aide said.

O’Malley Dillon is the first woman to manage a winning Democratic presidential campaign.

She worked as a battleground states director for Barack Obama’s 2008 campaign and then as executive director for the Democratic National Committee. She was Obama’s deputy campaign manager in 2012.

Though she’s relatively new to the Biden team, The New York Times reported that she and Biden have found “common ground in their Irish Catholic roots.”

Cedric Richmond, senior advisor to the president and director of the Office of Public Engagement: "If he's not in the room, the president will say 'Can somebody get Cedric?'" 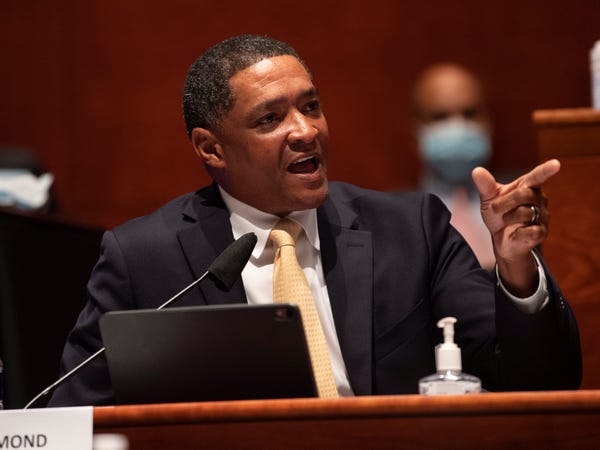 Richmond is new to BidenWorld, but he’s now among the top officials in the administration after serving as a national cochair of Biden’s 2020 presidential campaign.

Richmond’s role is expansive. He is involved in inequality issues, but he has also been in the room for discussions on other critical issues, including a meeting with House Democrats to discuss the pandemic relief package and generating outside support for it, according to a White House aide.

Before joining the administration, Richmond served in the US House for a decade representing a district in Louisiana that includes most of New Orleans. He chaired the Congressional Black Caucus from 2017 to 2019.

Bitcoin and Ethereum See a Dip in the Average Transaction Fees