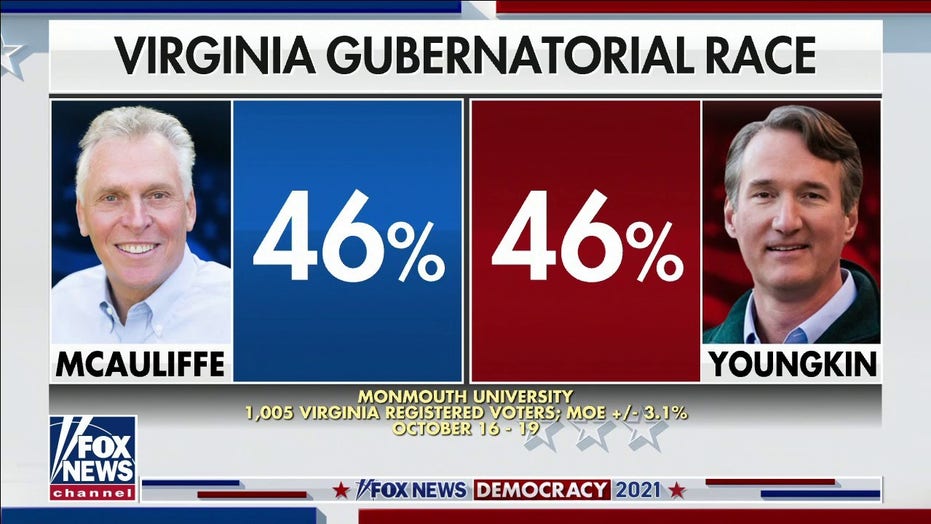 Facing an enthusiasm deficit among Democrats with just a week-and-a-half to go in a deadlocked race with Republican gubernatorial nominee Glenn Youngkin, the pressure is rising for former Virginia Gov. Terry McAuliffe to break through his party’s perceived complacency.

“We need people to get out and vote. I cannot tell you how important it is,” McAuliffe told reporters on Friday after the kickoff in Arlington, Virginia, of his “Get Out the Vote” bus tour.

More than half a million people in the commonwealth have already cast ballots in early voting ahead of the Nov. 2 election, according to statewide data. And McAuliffe’s game plan is to boost turnout among Democrats and independent voters.

“This is going to be the largest voter turnout of a non-presidential year in the history of the Commonwealth of Virginia,” McAuliffe predicted. 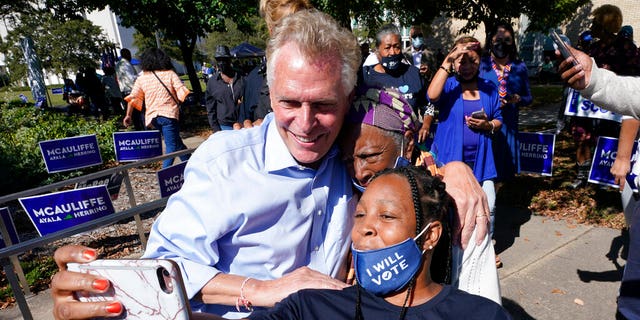 That’s what Democrats in Virginia and across the country are hoping for in the closely watched race with national implications, as it’s seen as a key bellwether ahead of the 2022 midterm elections.

Virginia and New Jersey are the only two states in the nation to hold races for governor in the year after a presidential election. And that guarantees they both receive outsized attention across the country. Since New Jersey is a solidly blue state, Virginia – which remains competitive between the two major parties – grabs the lion’s share of the national spotlight.

There’s a long-running trend of voters in the commonwealth defeating the gubernatorial nominee of the party that controls the White House. McAuliffe broke with that tradition in 2013 with his election as governor in the year after then-President Obama was reelected.

Republicans haven’t won statewide in Virginia in a dozen years, and President Biden carried the state by 10 points last November. But the one-time battleground remains a very competitive state, as is seen as a key barometer ahead of the 2022 midterm elections. The competitive contest for governor has national Democrats on edge as they defend their razor-thin majorities in the House of Representatives and Senate in next year’s contests. If Youngkin defeats McAuliffe, there will be a surge in Democratic anxiety regarding their fate in the midterms.

The race is dead even with each candidate at 46% among likely voters, according to the latest poll – a Monmouth University survey of Virginia likely voters that was conducted Oct. 16-19. An average of all of the most recent surveys indicates McAuliffe with a razor-thin two-point edge over Youngkin, meaning it’s a margin of error race.

McAuliffe held a mid-single digit advantage over Youngkin over the summer, but the showdown has tightened since Labor Day.

The Monmouth poll, as with other recent surveys, pointed to an enthusiasm advantage among GOP voters. By a 79%-72% margin, Republicans indicated they were more motivated to vote than Democrats.

To overcome the enthusiasm deficit and get Democrats to the polls, McAuliffe’s invited the biggest stars in the party to join him on the campaign trail.

First lady Jill Biden campaigned with McAuliffe a week ago, and voting rights advocate Stacey Abrams, the former Georgia House Democratic leader who in 2018 made history as the first Black female gubernatorial nominee of a major political party, teamed up with him for two stops last weekend. She’s coming back this weekend. 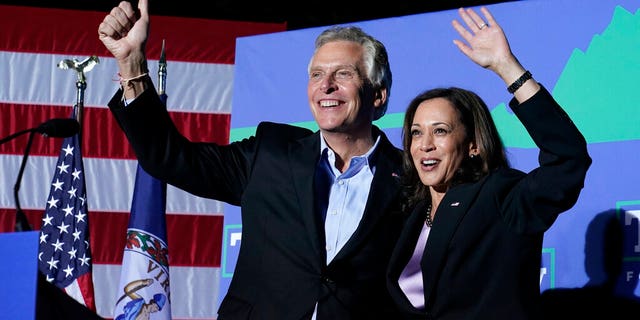 And the biggest two names in the Democratic Party are heading to Virginia over the next several days.

Former President Obama will campaign with McAuliffe on Saturday. Even after nearly five years removed from the White House, the former two-term president remains very popular and influential with voters in his own party.

And Biden will team up with McAuliffe on Tuesday. Even though Biden’s overall approval ratings in Virginia have deteriorated, he’s still a major draw for Democratic voters.

David Richards, political science chair at the University of Lynchburg, noted that with a deadlocked race, having top surrogates potentially excite the base could make the difference.

Richards said that McAuliffe and Virginia Democrats “need that Hail Mary pass right now because if that doesn’t whip up enthusiasm, we’re looking at a very, very, close race at this point, so much so that if it rains on Election Day may be a deciding factor at this point.”

At last! Millions to get third Covid vaccine