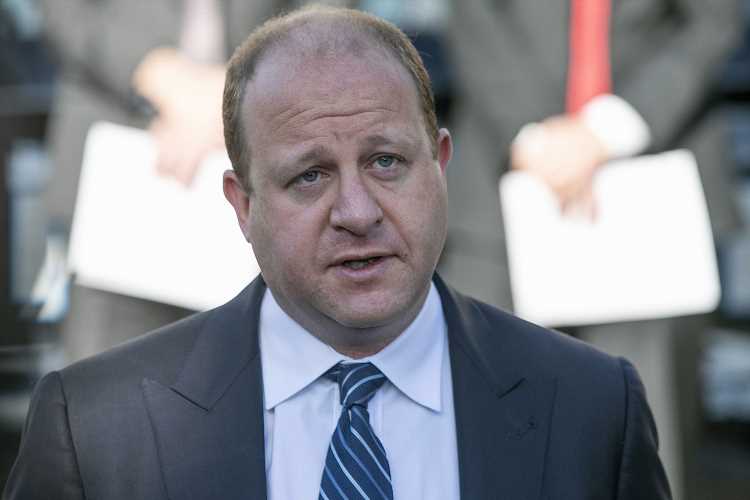 'How Can We Grapple with the Incomprehensible?': What Colo. Governor Is Thinking About After Boulder Massacre As some 100 guests clutched candles, sang hymns and held back tears while mourning the death of 23-year-old Neven Stanisic last Saturday, Rev. Sasha Petrovic delivered a sobering message — one that offered a glimpse into the wide range of tragedy that befalls a community like Boulder in the wake of a mass shooting.

"The Orthodox priest who officiated said that when he talked to [Stanisic's] mother, her first worry — when they got the call that her son's car was at King Soopers — was she was worried that, somehow, her son might have snapped and been the killer," Colorado Gov. Jared Polis tells PEOPLE. "That's what the family of the suspect is grappling with now. And there's a fate even worse than that, for the victims."

Polis' day-to-day has seemingly become a blur of media interviews, the policy-making that comes standard with elected office and near-daily memorials and funeral services.

This is what life is like for the governor of a state that just witnessed the killings of 10 people at the King Soopers supermarket in Boulder on March 22.

"I laid flowers at the site [of the shooting.] And so far I've been to two funerals," Polis, 45, said on Wednesday. "I'm going to another tomorrow." For Polis, the slayings hit close to home — quite literally.

"Boulder's not a large town and there's really just three or four large grocery stores so, whenever I would be in South Boulder and needed to go pick something up, the King Soopers grocery store is where I would go," Polis says.

That the shooting took place in a grocery store — an everyday location where victims had just moments before been doing their routine shopping — meant it was particularly harrowing for those inside and for those who watched the events unfold on a live stream posted to YouTube.

Polis was among those to watch portions of that footage, shot by Dean Schiller, which captured both police activity and seemed to show bodies of some of the victims.

Recounting the moment he first learned about the shooting, Polis tells PEOPLE, "As governor, you hear about things in a fog of war — 'There's a live shooter at Soupers, there might be casualties.' Like so many others, I tuned in to the live stream that the young man was doing."

Polis says that as he watched, it became clear "that we expected there to be casualties."

In the wake of the massacre, Polis says he's "really just trying to console the state" during a moment "that makes no sense to anybody."

"How can we, as a community, grapple with the incomprehensible?" he asks.

It's a familiar question in a country whose history of mass shootings was only temporarily interrupted by a pandemic.

In the case of the King Soopers, Polis is confident justice will be served. A 21-year-old male suspect is in custody.

"First of all, I think the DA is doing a commendable job," Polis says. "I expect it will be an open and shut case — there's little question about what occurred, many eyewitnesses … the shooter was charged with 10 counts of first-degree murder. I'm hopeful that he'll be convicted of that." (The defense has said they want to assess the suspect's mental illness, the Denver Post reported.)

Polis, a Democrat, also acknowledges that there's also more to be done in terms of strengthening or clarifying existing gun laws.

"We have a red flag law that could have been used by family or friends of the suspect, but it's not widely-enough known," he says. "We need to publicize that there's a legal intervention." Polis says that other laws, like those mandating background checks on gun purchases, are helpful — but only up to a point.

"We do have a background check law here," he says, referencing a Colorado measure enacted in 2013. "But you can drive to an open air gun show in Wyoming only an hour and a half away and, without a background check, purchase a weapon."

What's more, as Polis notes, the suspect in the King Soopers shooting reportedly passed a background check conducted by the Colorado Bureau of Investigation before purchasing his weapon six days before the massacre.

"The facts are just beginning to emerge," he says when asked about what more could have been done to prevent the shooting, though he says "there's a mental health dimension" to take into account, too. In addition to justice, Polis says he's hoping for peace both for the families of the victims and the family of the shooter, who "has some healing to do."

That healing — for everyone — will take some time.

"It's tough," Polis says. "A lot of folks are looking over their shoulder when they go shopping for eggs or milk. We've lost an innocence that will never return."