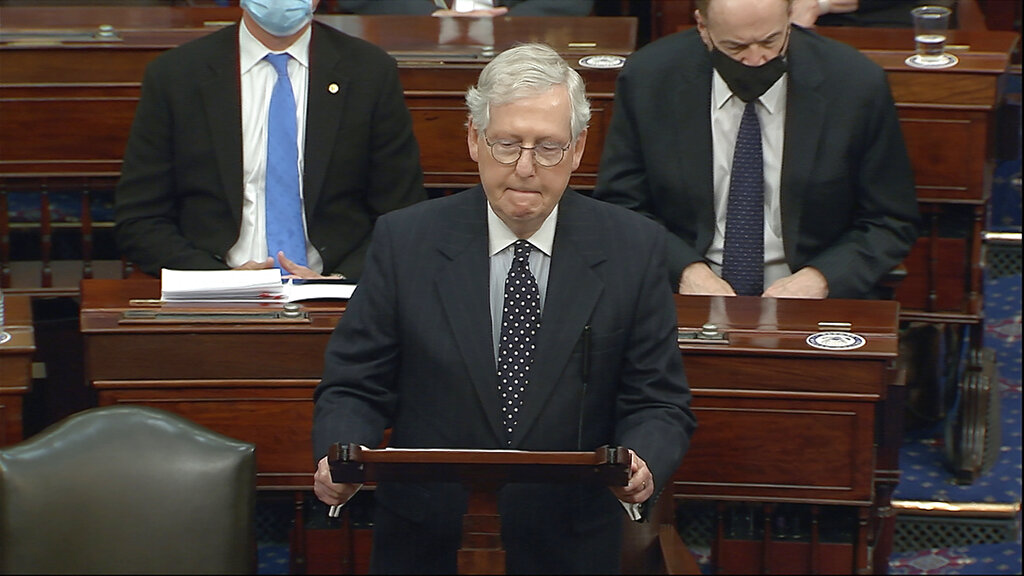 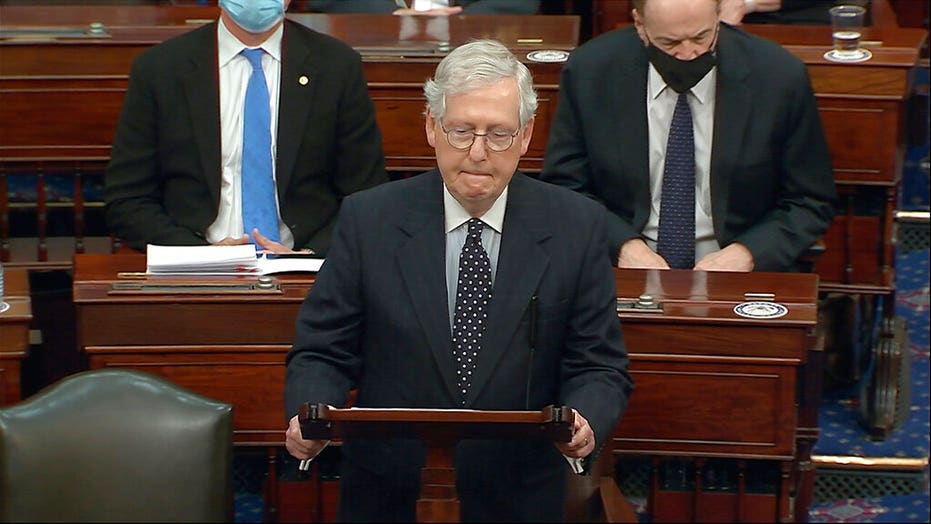 McConnell: ‘The US Senate will not be intimidated’

The House and Senate reconvened Wednesday at 9 p.m. ET, hours after their sessions on the 2020 Electoral College results were interrupted by a mob of demonstrators who stormed the Capitol Building.

Senate Majority Leader Mitch McConnell, R-Ky. and House Speaker Nancy Pelosi, D-Calif., each condemned the violence before their respective chambers and said they would not be intimidated by a mob and shy away from doing their jobs.

A few minutes after the lawmakers resumed their meetings, the Senate sent a message to the House that it had disposed of the objection to Arizona’s electors in its chamber and was ready to return to a joint session.

LAWMAKERS, AIDES, AND OTHERS SHELTERING INSIDE CAPITOL DESCRIBE CHAOS; AT LEAST ONE DEAD

The timing was not set in stone, but without too many additional electoral objections, the two chambers could validate the results sometime late Wednesday or early Thursday morning.

Vice President Mike Pence, presiding over the Senate session while the two bodies were apart from the joint session for separate debates on earlier objections to Arizona’s electors, praised law enforcement officers for overcoming the mob.

"Today was a dark day in the history of the United States Capitol," Pence said. "But thanks to the swift efforts of U.S. Capitol Police, federal, state, and local law enforcement, the violence was quelled."

He also offered prayers for police and the woman who was killed during the protests.

"We grieve the loss of life in these hallowed halls," Pence added. "As well as the injuries suffered by those who defended our capital today, and we will always be grateful."

Sen. McConnell pledged to finish the electoral validation and certify a winner.

"Criminal behavior will never dominate the United States Congress," he said. "This institution is resilient. Our democratic republic is strong. The American people deserve nothing less."

Senate Minority Leader Chuck Schumer, D-NY, condemned the chaos and blamed it, at least in part, on President Trump.

"This mob was, in good part, President Trump’s doing, incited by his words and his lies," Schumer said. "This violence, in good part, his responsibility, his everlasting shame. Today’s events certainly, certainly, wouldn’t have happened without him."

Other lawmakers urged their colleagues to tone down the rhetoric and find some kind of common ground after the earlier chaos.

"It is a sad day in America," Rep. Steny Hoyer,  D-Md, said on the House floor before delivering remarks on the Arizona electors issue. "It is a wrenching day in America. It is a day in which our words and our actions have had consequences of a very, very negative nature. We ought to watch our words."

House Minority Leader Kevin McCarthy, R-Calif., also condemned the violence and pledged to "follow the Constitution and the laws" and finish the certification process.

"Our democracy cannot be disrupted by criminal behavior," he said. "Let me be very clear: Mobs don’t rule America. Laws rule America. It was true when our cities were burning this summer and it’s true now."