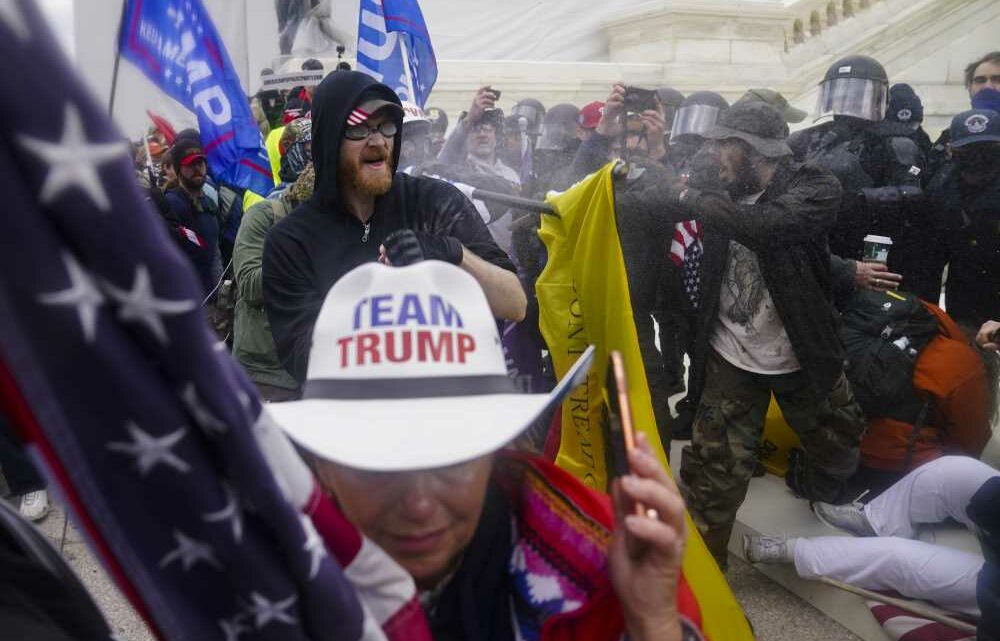 The top-ranking Democratic and Republican members of the House Homeland Security Committee announced plans to move forward with a bill creating a bipartisan commission to look into the events of the January 6th insurrection at the Capitol.

While the bill does not yet have the support of top-ranking House Republican Rep. Kevin McCarthy, Homeland Security Committee Chair Bennie Thompson (D-Miss.) and ranking member John Katko (R-N.Y.) jointly announced the bill, which Politico reports includes “some key concessions to Republicans.” Following the announcement, McCarthy said he did not yet know the details of the bill.

“I know Nancy Pelosi played politics with this for a number of months. You’ve got to look at the build-up before, and what’s been going on after,” McCarthy said, according to Politico. But McCarthy’s support is not necessary, as the speaker chooses which bills come to the floor in the House, and other Republicans are expected to vote for the commission.

Liz Cheney Blasts Trump for Continuing To Use Language That 'Provoked Violence on Jan. 6'

Ever-Trump: Half of All Republicans Still Believe Lie That Capitol Insurrection Was Non-Violent

100 Best Sitcoms of All Time

Pelosi issued a statement emphasizing the importance of the commission, which will is modeled after the bipartisan commission that investigated September 11th. “It is imperative that we seek the truth of what happened on January 6 with an independent, bipartisan 9/11-type Commission to examine and report upon the facts, causes and security relating to the terrorist mob attack,” Pelosi said in a statement, adding that the bill may come to the House floor “as soon as next week.” But even if it passes in the House, the bill will still need to go through the Senate.

Democrats and Republicans have been debating the commission’s purview and composition for months. Concessions made to Republicans include allowing each party to select half of the members of the commission and requires bipartisan agreement to issue subpoenas.

Democrats will get to select the commission’s chair. And though Republicans had hoped the scope of the investigation will include left-wing violence, the commission will be limited to looking at the events on and leading up to January 6th.

Bitcoin crisis: ‘There’s a problem brewing’ for crypto as its future plunged into doubt