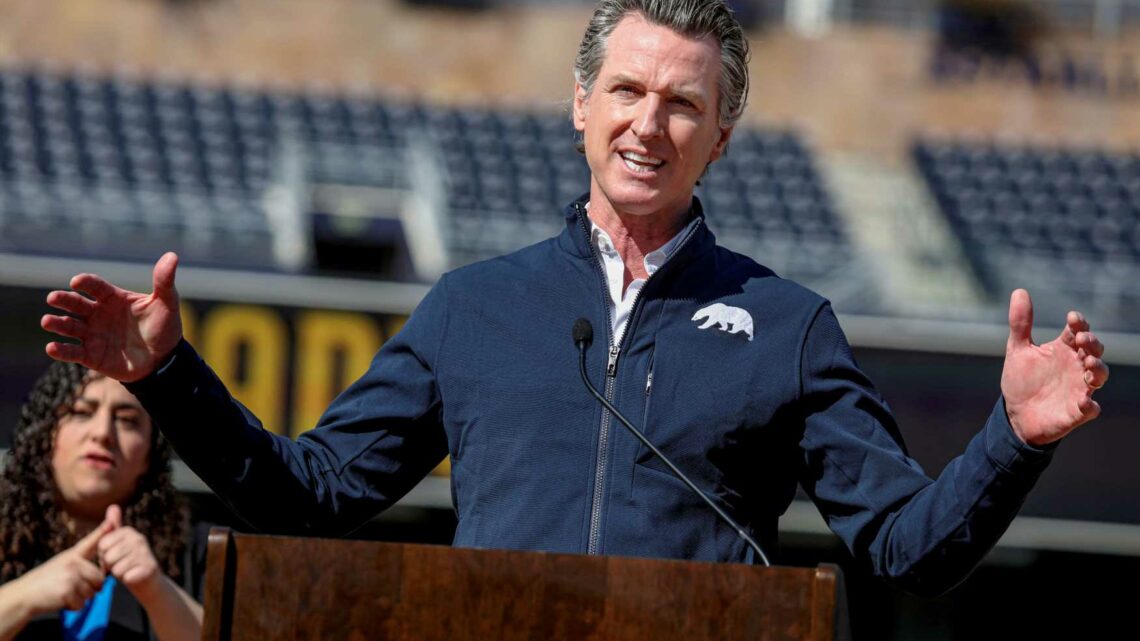 Here's what to know about the California recall election that could remove Gov. Gavin Newsom

Gavin Newsom's job is on the line much sooner than he had hoped.

The California Democrat is facing a Sept. 14 special election that could make him just the third state governor in U.S. history to be removed from office through a recall.

Democrats have long held a reliably tight grip on California's statewide political leadership. But despite Republican voters being outnumbered nearly 2-to-1 in the state, the recall effort has not only qualified for the ballot but grown into a legitimate threat to Newsom — thanks in no small part to the coronavirus pandemic.

Here's what to know about the choice facing voters in America's largest state by population and GDP:

How will the election work?

All registered California voters are eligible to participate in the special election next week. Mail-in ballots have been sent out to all active registered voters.

The ballots have two parts. The first simply asks whether Newsom should be removed as governor. If more than 50% vote "yes," it's the end of the road for Newsom.

The second part of the ballot asks which candidate should succeed Newsom. If the governor is recalled, the replacement candidate who receives the most votes will be elected to the remainder of Newsom's term, which ends Jan. 2, 2023.

Voters can fill out just one part of the ballot, if they want. They can also select a replacement candidate even if they vote against recalling Newsom.

How did we get here?

Opponents of Newsom gathered the nearly 1.5 million signatures required to trigger the recall election. That threshold equaled 12% of the votes cast in the previous gubernatorial election in 2018.

The petition had been approved in June 2020, and its backers were originally given a deadline of Nov. 17 of last year to collect the signatures. But they received a four-month extension due to the pandemic's impact on their efforts.

That additional time proved pivotal. Signatures began pouring in in late 2020, after photos emerged of Newsom dining mask-free with lobbyists at the vaunted and extravagantly expensive restaurant, The French Laundry.

At the time, Newsom and the state government were advising Californians to mask up and follow social distancing rules as Covid cases began to surge.

Newsom apologized for attending the dinner, saying he "made a bad mistake" and acknowledging that "the spirit of what I'm preaching all the time was contradicted."

But the backlash refocused the recall election on Covid — even though the pandemic was not mentioned in the original petition.

Rather, it references homelessness, high taxes and other issues that conservatives have long included among their chief criticisms of California. The petition, brought in February 2020 by Orrin Heatlie, a retired sheriff's sergeant, was the sixth attempt to recall Newsom, who was inaugurated in 2019.

But the recall campaign's website now puts The French Laundry incident first on its list of reasons to remove Newsom.

There are 46 challengers running to unseat Newsom. Like the 2003 recall that made Arnold Schwarzenegger the state's governor, this year's election has put a wide variety of personalities on display.

Of the 24 Republican candidates on the ballot, talk radio host Larry Elder has emerged as the clear front-runner among that group.

Elder, a supporter of former President Donald Trump, has reportedly raised more than $13 million, dwarfing most of his recall rivals while still trailing far behind the tens of millions raised by opponents of Newsom's removal.

Other Republican candidates include John Cox, who has traveled to campaign events with a live Kodiak bear in tow, and Caitlyn Jenner, the former Olympic athlete and reality TV personality.

Among the nine Democrats are Hollywood actor Patrick Kilpatrick and YouTube millionaire Kevin Paffrath, as well as a college student, a free speech lawyer and a "cannabis policy advisor" who is asking Californians to vote against recalling Newsom.

Two members of the Green Party, one Libertarian Party member and 10 unaffiliated candidates are also on the ballot.

Who's expected to win?

With just days to go before the election, Newsom appears increasingly likely to hold onto his seat.

For most of last month, polls compiled by FiveThirtyEight showed voters favored keeping Newsom as governor, but only by a slight margin.

More recent surveys show the preference to keep Newsom outweighs the option to remove him by more than 10 points, according to FiveThirtyEight's polling average.

Meanwhile, betting markets show the recall effort losing much of its steam over the past month. Newsom's odds of staying in power are at their highest point since early July.

How unusual is all this?

Attempts to recall elected officials are not uncommon in California — in fact, there have been 179 of them since 1913.

But a small fraction of those petitions garnered enough signatures to prompt a ballot, and in only six instances has the official in question actually been recalled.

How will the recall affect the U.S.?

President Joe Biden and Vice President Kamala Harris are both slated to campaign for Newsom this week in California.

A Newsom loss in the recall could have major consequences for Democrats across the country — beyond merely the embarrassment and discouragement of losing control of a deep-blue state a year before the midterm elections.

Control of the U.S. Senate could be at stake at some point.

Democratic Sen. Dianne Feinstein, 88, has held her seat since 1992. The oldest sitting senator in the U.S., her health has come under increasing scrutiny. But she maintained in March that she still intends to serve out the rest of her current term, which ends in early 2025.

If Feinstein does leave office early, the governor will appoint her successor. If Newsom is replaced by a Republican, then that governor could appoint a Republican to fill the vacant Senate seat.

That could upend the razor-thin Democratic majority in the Senate, where the two parties are split 50-50 and the vice president wields the tiebreaking vote. Without that slim advantage, Democrats' hopes for passing key parts of Biden's already ambitious agenda would likely fall out of reach.

Republicans are eager to have the GOP's first U.S. Senate seat from California since John Seymour in the early 1990s.

"They're afraid I'm going to replace her with a Republican, which I most certainly would do and that would be an earthquake in Washington, D.C.," Elder, the GOP front-runner, reportedly said on another conservative talk radio show.