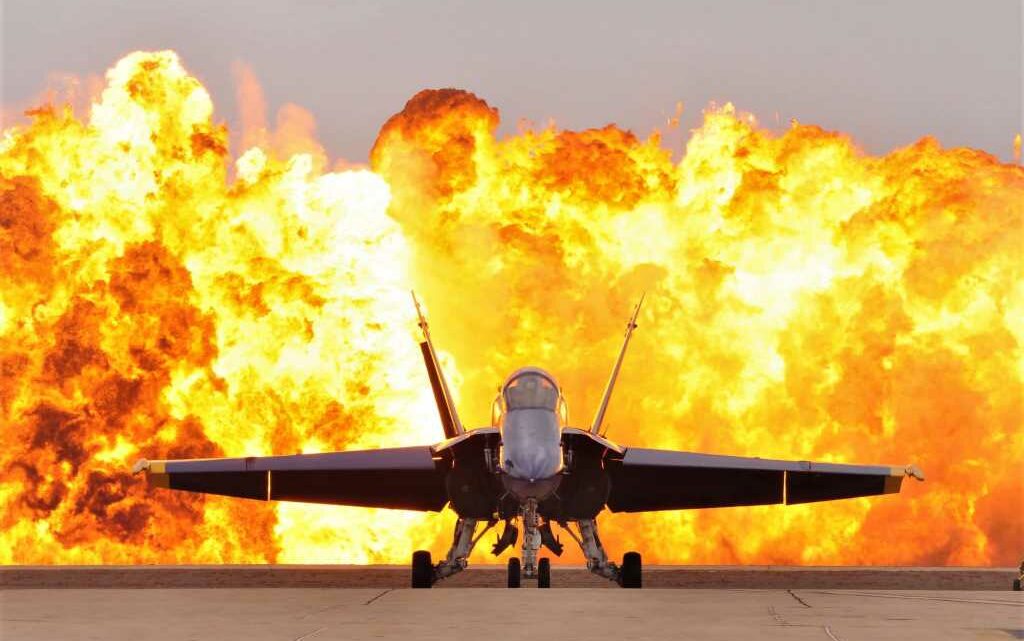 WASHINGTON — The Defense Department is asking Congress for $715 billion in its fiscal 2022 budget, an increase of about $10 billion from what was allocated to the Pentagon in fiscal 2021.

The White House released the broad details of President Joe Biden's budget proposal on Friday for the fiscal year starting Oct. 1, which seeks a colossal $753 billion for national defense.

The Pentagon's portion of the budget, $715 billion, will fund weapons programs and key national security priorities, while an additional $38 billion will be used for defense-related programs at the Department of Energy and other federal agencies, bringing the total for defense spending to $753 billion.

The nearly 2% uptick in defense spending comes as the Biden administration pulls the nation out of the U.S. military's longest war and shifts focus away from the Middle East to address emerging threats from China.

"The department in this budget takes a clear-eyed approach to Beijing and provides the investments to prioritize China as our pacing challenge," Deputy Secretary of Defense Kathleen Hicks told reporters on Friday. "The PRC has become increasingly competitive in the Indo-Pacific region and around the world. It has the economic, military and technological capability to challenge the international system and American interests within it," she added.

The Pentagon is asking for $5.1 billion to put toward its Pacific deterrence initiative to address threats posed by China.

The Pentagon's budget proposal includes more than $500 million for Covid-19 and pandemic preparedness; the largest ever investment for research, development and engineering at $112 billion; and $617 million to address, prepare and adapt to climate change.

Here's a breakdown of some of the major weapons programs the Pentagon wants to add to its arsenal.

The Pentagon is asking for $52.4 billion to invest in the military's air domain. Of that total, the Defense Department wants $12 billion to buy 85 F-35 Joint Strike Fighters. The F-35 is Lockheed Martin's largest program and the world's most expensive weapons system.

The Pentagon wants $34.6 billion to grow and modernize the Navy's battle force fleet. The Pentagon is also asking for an unmanned surface vehicle to diversify the Navy's capabilities.

The Pentagon is requesting $12.3 billion for ground combat systems. The request includes upgrades and modifications for 70 stalwart M-1 Abrams tanks at $1 billion.

The Pentagon is asking for $10.4 billion for its cyber efforts, which include safeguarding the Defense Department's networks.

Last year, software from the IT company SolarWinds was breached, allowing hackers to gain access to communications and data in several government agencies.

In April, Washington formally held Russia's Foreign Intelligence Service responsible for carrying out the SolarWinds cyberattack. Microsoft President Brad Smith described the incident as "the largest and most sophisticated attack the world has ever seen." Microsoft's systems were also infected with malicious software.

The Russian government denies all allegations that it was behind the SolarWinds hack.

Earlier this month, Colonial Pipeline fell victim to a sweeping cyberattack that forced the company to shut down approximately 5,500 miles of pipeline, leading to a disruption of nearly half of the East Coast fuel supply and causing gasoline shortages in the Southeast.

On Thursday, Microsoft warned in a blog post that the Russian hackers thought to be behind the catastrophic SolarWinds attack launched another assault.

The hacking group, known as Nobelium, targeted over 150 organizations worldwide in the last week, including government agencies, think tanks and non-governmental organizations. The cyberattack is the latest example of criminal groups or state actors exploiting U.S. cyber vulnerabilities.

"Given Solarwinds and other episodes of hacking into U.S.-based data networks it makes sense to invest more in cybersecurity, but the Pentagon will not necessarily be the most important player in dealing with broader cyber-challenges to infrastructure, the electrical grid, communications networks, and banking systems," explained William Hartung, director of the Arms and Security Program at Center for International Policy.

"A partnership with the private sector, and rules of the road for cybersecurity set at the federal level, could be as or more important in thwarting cyber- related risks," he added.

"At long last, the enterprise seems to be moving out towards a new vision of missile defense, manifest by new efforts on space sensors, hypersonic and cruise missile defense, and other next-generation technologies," said Thomas Karako, director of the Missile Defense Project at the Center for Strategic and International Studies, when asked about the budget dedicated to missile defense.

"Hypersonic defense will be a challenging, complex form of air defense, but it is possible and that's where the threat has been going," Karako added.

The Pentagon is requesting $20.6 billion to invest in the emerging security environment in outer space. Of that total, the Defense Department wants to spend $1.7 billion on five space launch vehicles and on the Rocket System Launch Program, or RSLP.