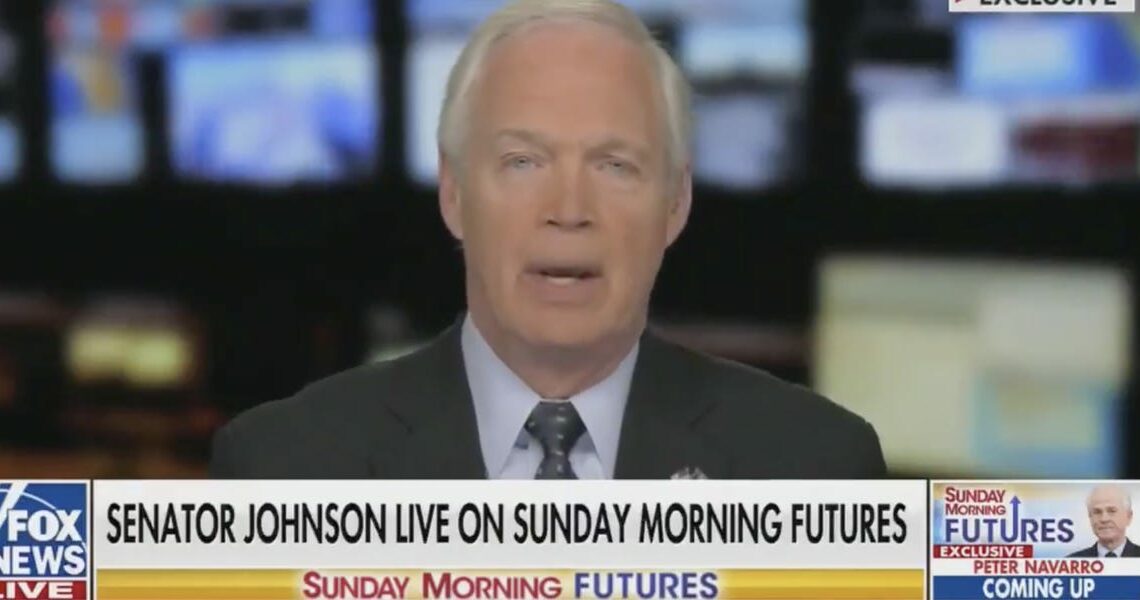 Republican Sen. Ron Johnson of Wisconsin claimed Sunday that House Speaker Nancy Pelosi was to blame for the riot at the US Capitol rather than President Donald Trump.

Johnson made the accusation in an interview on Sunday with Fox News host Maria Bartiromo, where he discussed former president Donald Trump’s second impeachment trial, which is due to begin on Tuesday.

Trump was impeached for the second time on January 13, with House lawmakers voting to accuse him of inciting supporters to attack the Capitol in a speech he delivered to them beforehand.

The violence prompted the evacuation of lawmakers who were ratifying the November election results, and left five people dead.

While a few Republicans have spoken against Trump, others have continued to steadfastly defend him. One element of that has been by attempting to shift the blame elsewhere.

While seeking to defend Trump, Johnson said the impeachment was part of a plot to divert attention from Pelosi, and what she “knew” ahead of the riot.

“Is this another diversionary operation? Is this meant to deflect away from potentially what the speaker knew and when she knew it? I don’t know, but I’m suspicious,” Johnson said of Pelosi.

Former White House chief of staff Mark Meadows also tried to shift blame for the riot from Trump on the network on Sunday.

He said: “I can tell you they [the Capitol Police] do a tremendous job, but they need to be empowered to do that job and there were plenty of assets there to assist them in their efforts,” said Meadows.

That reference was to the US Capitol, where Pelosi is one of the most senior officials.

The claims seem to echo social media posts by Trump supporters in the wake of the riot that went viral, blaming Pelosi for the breach.

The House Speaker has no role in day-to-day policing operations of the Capitol, reported the Associated Press in a fact check of the claims.

“No one person oversees USCP [US Capitol Police] — the oversight apparatus includes representation from the Architect of the Capitol, the House and Senate Sergeants at Arms, as well as committees from both Houses of Congress,” Bee Barnett, director of communications and programs for the US Capitol Historical Society, told the agency.

Capitol Police Chief Yogananda Pittman in testimony to Congress in January apologised to lawmakers for the security lapse that allowed Trump supporters to breach the Capitol.

She took charge of the agency days after the attack, which prompted the resignation of former chief Steven Sund.

In a video message last week, Pittman said that a full review was being conducted into security at the Capitol complex in the wake of the riot, with three senior security officials losing their jobs over the failings.