America about to pay Taliban militants a ‘plane load of cash’: Marine veteran

Members of the House Republican Study Committee pressured the Biden administration on Thursday to reveal whether it has offered financial relief to the Taliban to ensure safe passage for Americans still in Afghanistan, arguing that humanitarian aid would effectively serve as a "payment of ransom" to the group.

In a letter addressed to embattled Secretary of State Antony Blinken, the lawmakers expressed concern about the State Department’s recent decision to earmark nearly $64 million in humanitarian aid for Afghanistan following the U.S. withdrawal. Republicans have long argued the Taliban could seize the funds.

"We have serious concerns about negotiations with the Taliban leading to the payment of ransom – whether marketed as humanitarian assistance or sanctions relief – which will give the Taliban resources that could be used to attack the United States or our allies," the lawmakers said.

"The payment of ransom to terrorists, likely including the September 13 announcement of $64 million dollars in humanitarian aid to Taliban-controlled Afghanistan provided without guardrails, will only further place Americans in harm’s way by incentivizing the Taliban, and other terrorist groups, to kidnap more Americans," the letter added. 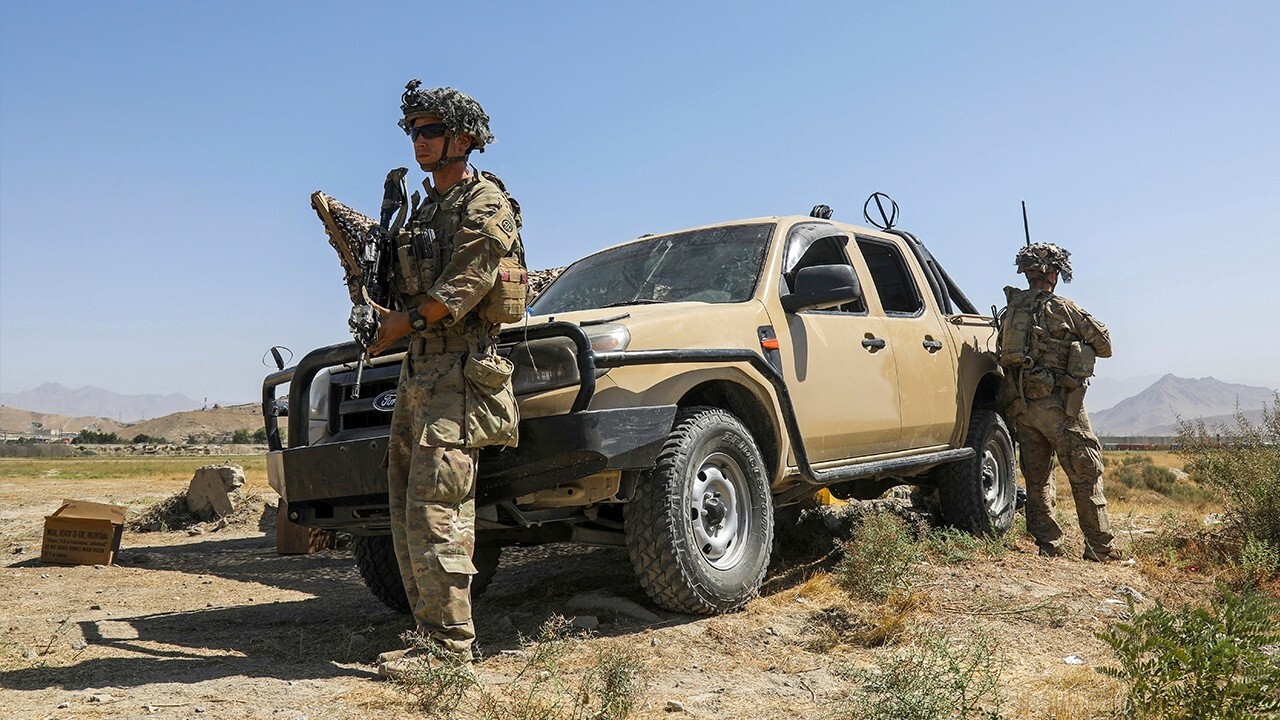 US must not repeat Afghanistan mistakes in Iraq: Paul Bremer

Paul Bremer, former Presidential Envoy to Iraq and former National Commission on Terrorism Chair under Bush 43, provides insight into the impact of America’s withdrawal on Afghanistan and its surrounding region.

The lawmakers asked Blinken to reveal whether the Biden administration has offered to unfreeze assets or ease sanctions on Taliban members to secure safe passage for Americans still in Afghanistan, as well as whether the Taliban requested such relief.

The Republicans also called on the State Department to provide Congress with any documents or communications related to discussions regarding financial relief for the Taliban.

Republican Study Committee Chair Jim Banks, R-Ind., was one of 21 members of the caucus to sign the letter. Other signatories included Reps. Dan Crenshaw of Texas, Tracey Mann of Kansas and Mike Waltz of Florida.

Earlier this week, Blinken said the $64 million in aid would "flow through independent humanitarian organizations" to provide direct support for Afghans in the form of food, water, medical care and other necessities.

Blinken and President Biden have insisted the administration will take steps to ensure the Taliban did not access humanitarian funds. The Biden administration also froze Afghanistan’s U.S.-based assets following the Taliban’s takeover.

"The United States will also work with the international community to help ensure that the Taliban follow through on its commitments and advance unhindered humanitarian access, freedom of movement for aid workers of all genders, safety and security of humanitarian staff, and safe passage for all those who wish to leave Afghanistan," Blinken said in a statement.

Blinken and other top Biden administration officials have faced intense bipartisan pressure over their handling of the withdrawal. Republicans have repeatedly called on Biden to provide clear details on how his administration plans to secure passage for Americans still inside Afghanistan.

"The State Department still has not presented a plan before Congress illustrating how it will ensure that Americans will not be left behind through diplomatic negotiations," the members of the Republican Study Committee added.

Ski trains to resume between London and the French Alps