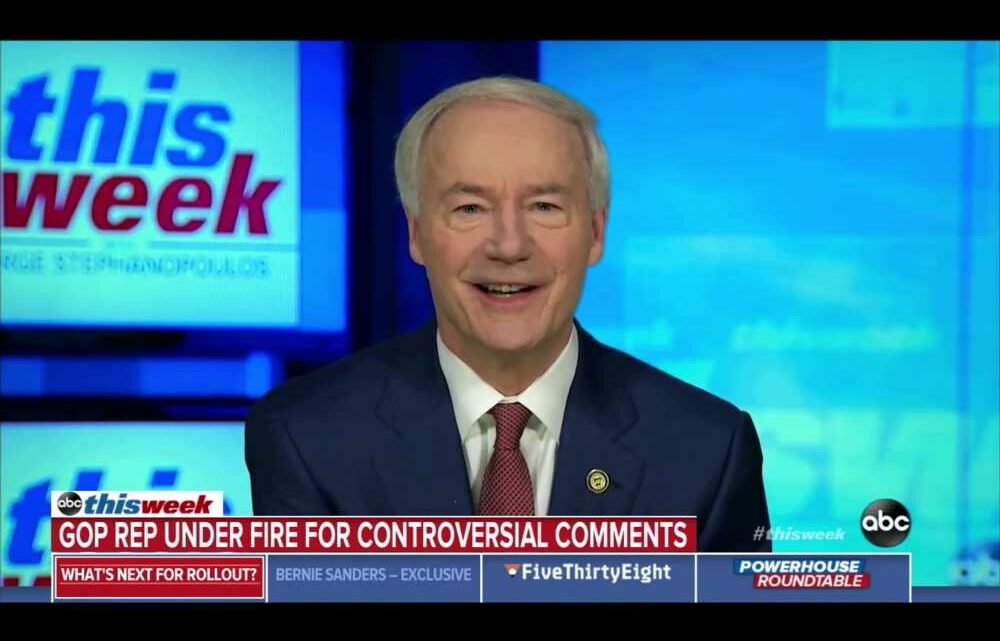 According to Republican Governor Asa Hutchinson, condemning those who support the execution of the speaker of the House is on par with ostracizing those who are merely thinking outside the box.

ABC News host Martha Raddatz asked the Arkansas governor about the QAnon congresswoman Marjorie Taylor Greene’s fitness to serve, and Hutchinson compromised the freshman representative’s behavior, saying, “We’ve got to have a regard for those people that supported Donald Trump.”

Raddatz asked: “Trump loyalist Marjorie Taylor Greene. She’s long embraced conspiracy theories like QAnon, voiced support for executing Nancy Pelosi. Is she fit to serve and should she be on the education committee?”

The governor refused to outright condemn the congresswoman and instead spoke about respecting those who voted her into office.

“Well, first of all, the people of her district elected her and that should mean a lot. They elected her and she’s going to run for re-election and she’ll be accountable for what she said and her actions,” Hutchinson said.

The host interrupted, asking again, “Given [Greene’s] history is she fit to serve?”

Hutchinson said he “rejects that” but added, “I don’t think we ought to punish people from a disciplinary standpoint or party standpoint because they think something a little bit different.”

After the governor blathered on about party unity, Raddatz tried to get him to focus on the severity of Greene’s extremism.

The governor repeatedly said that he “rejects that” but would not grow a spine and endorse any action from the party itself.

“Should the House of Representatives make a disciplinary call on her? I’m not going to get in the middle of that,” Hutchinson said.