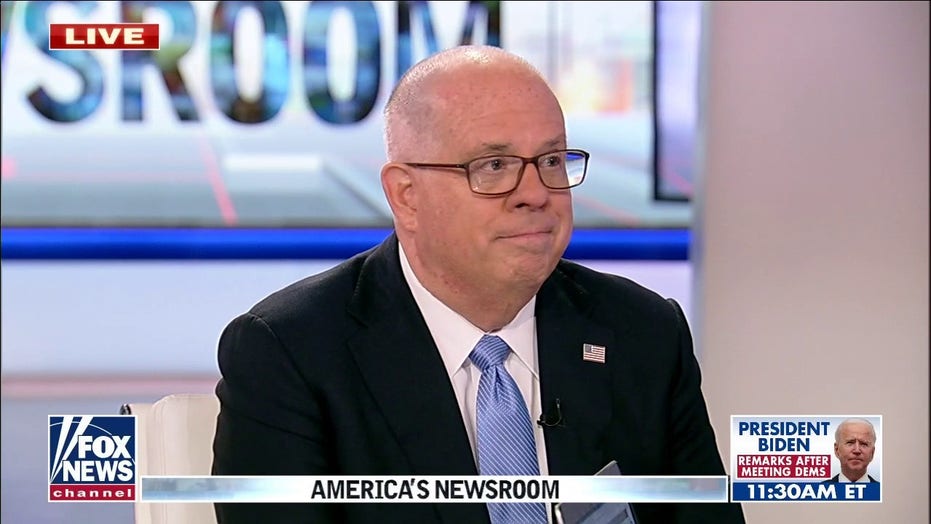 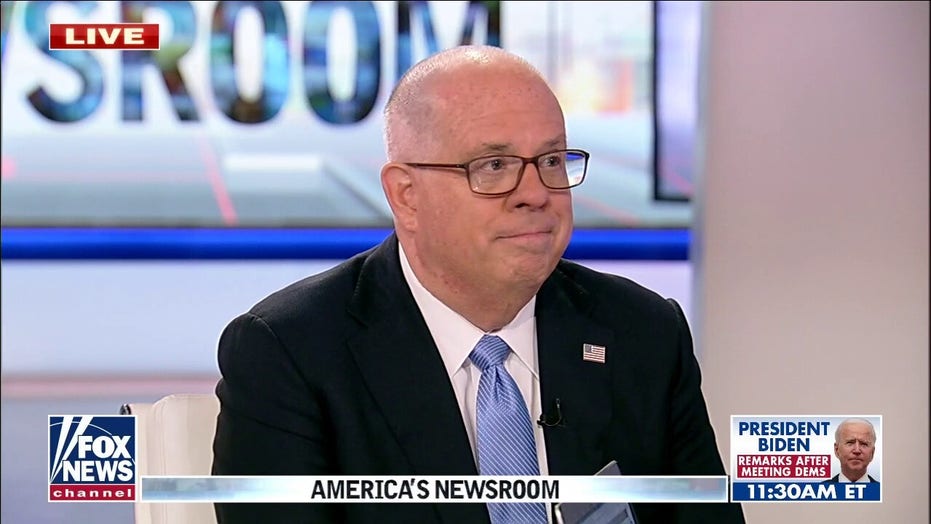 Maryland GOP Gov. Hogan: Biden is acting like he has a mandate for a far-left agenda

After 13 House Republicans crossed party lines and voted with nearly the entire House Democratic conference to narrowly pass the $1.2 trillion infrastructure measure – the largest investment in the nation’s crumbling roads and bridges in decades – Trump called them RINOS (the acronym for ‘Republicans in name only’) who should be “ashamed of themselves.”

The crossover Republican votes helped the majority House Democrats pass the bill – which was earlier approved in the Senate in August with bipartisan support – and handed President Biden a major legislative victory.

Fueled by the former president’s comments, some of his most loyal supporters in the House ravaged the 13 Republicans who voted for the measure, calling them traitors and pushing for some of them to be stripped of leadership positions.

Hogan, a vocal GOP Trump critic whom pundits see as a potential 2024 Republican presidential contender, took to Twitter on Tuesday to chastise the former president.

“Trump cancel culture needs to end. Strong candidates like  @DonJBacon,  @RepJohnKatko, and @BrianFitzUSA helped close the gap in Congress by winning Biden/Hillary districts while Trump lost the White House. They deserve our thanks, not attacks from a few fringe whackos,” Hogan argued. “This kind of purging and silencing of dissent in service to The Dear Leader is what happens in socialist dictatorships and authoritarian regimes—not in America.”

The term-limited governor, who’s worked to help elect Republicans in blue and purple districts across the country, added that “I was proud to support common sense conservatives who won tough races in 2020.”

And he charged that “Republicans would have taken back the House and won the Senate without Trump and his losing record weighing us down. We need more – not less – of these candidates winning in 2022…If we attack candidates who can win, we lose. It appears Trump would rather bring down the Republican Party with him than see the party succeed without him. If we let him, then we deserve the result.”

Fox News reached out to the former president’s political team for comment, but had not received a response at the time this story was published.

Bitcoin Is Aiding Displaced Residents in the Congo

From the Archives, 1996: Red alert as Mars probe falls to Earth
Technology