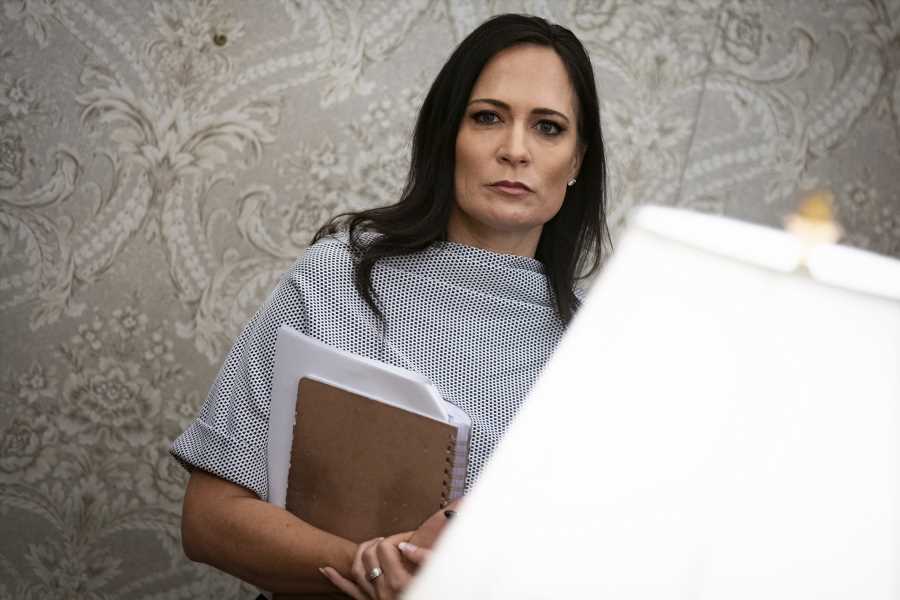 It’s no secret that right-wing media was in the bag for Trump throughout his time in office, but their devotion to the the former president seems to have been more coordinated than they’d probably like people to believe. This is at least according to a couple of revelations to emerge this week about the relationship between Trump’s team and the outlets that lavished largely unconditional praise on the president and his agenda for years.

The first bit of insight comes from Stephanie Grisham, the former White House press secretary currently trying to cleanse herself of her sins by dishing on her former boss — including that he likes to de-stress with show tunes from Cats — in a new tell-all book and requisite media tour. On Tuesday morning, Grisham explained to CNN that Fox News essentially worked in tandem with the Trump administration.

'There Have to Be Consequences:' Judge Boosts Jan. 6 Rioter's Sentence from Home Confinement to Prison

“That’s just where we went to get what we wanted out,” Grisham said. “I looked forward to going and doing Lou Dobbs because Lou Dobbs would do all the talking about how great everything was and I would just nod and say yes. By and large they didn’t get tough with us. They just took what we were saying and disseminated it.”

Grisham also admitted that she “probably wasn’t” truthful when she appeared on the network as press secretary. Very brave of you to admit this, Stephanie.

When asked if Fox News was state-run media for Trump, Grisham hesitated, noting that the network does employe some legitimate journalists — emphasis on some. “I think certainly in the evening, yes, it was,” she acknowledged. “I think more importantly with OAN coming out … I think that is like state-run media.”

Speaking of OAN, former Trump lawyer and current 77-year-old man who’s being sued into oblivion Rudy Giuliani said in a recent deposition that while OAN reporter Christina Bobb was volunteering for Trump’s legal team following the 2020 election (which in itself is … very strange), she had to run her stories by the Trump campaign for approval. “If she did develop a discrete, good story, she would have to run it past us so it didn’t violate any of our rules or whatever,” Giuliani explained in the deposition, which was conducted in August as part of a defamation suit filed by a former employee of Dominion Voting Systems, which Giuliani and others baselessly alleged may have had a role in rigging the 2020 election. Giuliani’s comments in the deposition were initially reported by The Daily Beast.

“I was pretty comfortable they would live by it because they had before,” Giuliani added of the agreement the legal team reached with OAN President Charles Herring, regarding Bobb. “I knew she had tremendous enthusiasm for doing this and I always like to hire people with enthusiasm because they work harder.”

As is the case with many, many things regarding Trump and his administration, all of this is deeply ironic considering how relentlessly the former president accused the media of working in tandem with the Democratic Party. Nevertheless, it’s hard to imagine these revelations stopping Fox News, OAN, and any other network that wants in on the action from coordinating with Trump once again should he decide to run for the White House in 2024, a prospect that seems to be growing more and more likely by the day.