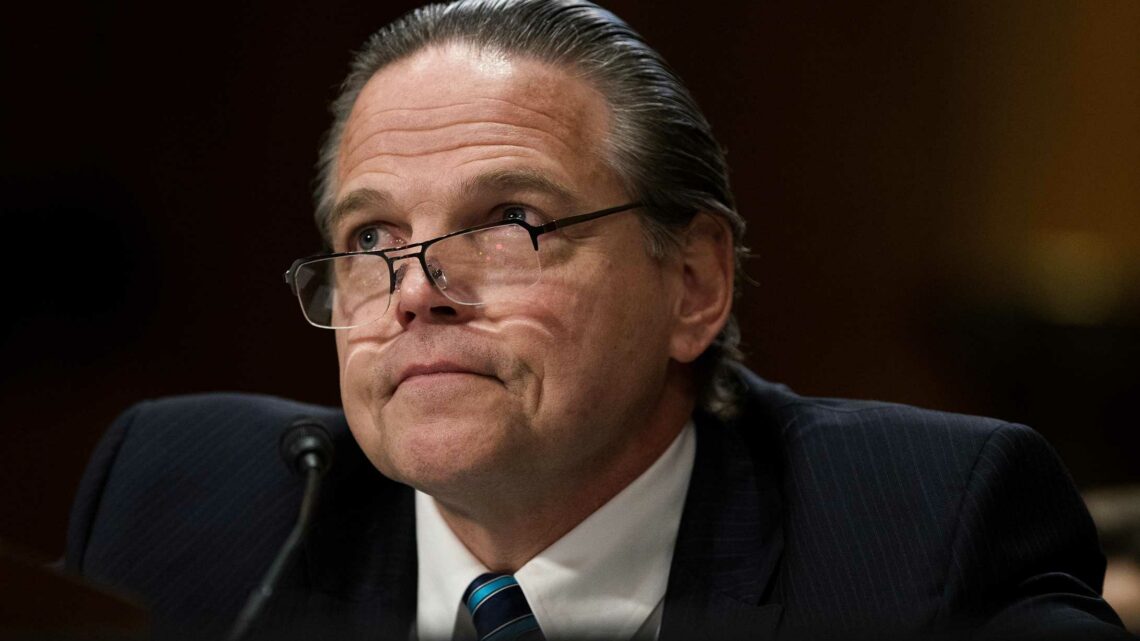 Former U.S. envoy to Haiti says he quit after learning about deportations on the news

A former senior State Department official who oversaw the Biden administration's Haiti policy said he resigned last month after learning about the deportation of Haitian migrants on the news.

Daniel Foote, the former U.S. special envoy for Haiti, said during a testimony before the House Foreign Affairs Committee on Thursday that the administration did not consult him about the deportation of thousands of Haitian migrants who sought shelter last month in the border town of Del Rio, Texas.

Foote's revelation comes as President Joe Biden's approval ratings have fallen in part because of the way his administration has handled migrants and the border. Images of the Haitians, who took refuge under a bridge in Del Rio, turbocharged backlash against Biden's immigration policies.

"Nobody asked me about the deportations," Foote said Thursday. "I found out about it on the news just like the rest of us."

Shortly after seeing news about the deportations, Foote said he learned more about the Biden administration's plan to deport the majority of the Haitian migrants who were in Del Rio.

"I just couldn't be associated with the treatment and just the knee-jerk decision to send them back to Port au Prince," he said at the hearing.

In his scathing resignation letter, he said that his decision was in response to the Biden administration's deportation of Haitian migrants. Foote called the administration's policy approach to Haiti "deeply flawed" and noted that his recommendations have been ignored and dismissed.

The State Department has since denied that Foote's proposals were ignored. White House press secretary Jen Psaki also said last month that Foote had "ample opportunity to raise concerns about migration during his tenure," but "he never did so."

She added that there had been "disagreements" within the Biden administration over its policy response to the surge of Haitian migrants.

During his testimony Thursday, Foote slammed the administration's use of deportation and noted the dire situation in Haiti.

"Deportation back to Haiti is not the answer right now, I am not saying that impending migrants who are in illegal status shouldn't be deported, but Haiti is too dangerous," Foote said at the hearing.

Several factors contributed to the surge in Haitian migrants at the Southern border. An earthquake in August that claimed the lives of more than 2,000 people and destroyed homes. Then there was the collapse of Haiti's government after the president's assassination and the false belief that the Biden administration would grant asylum to Haitian nationals.

In response to the surge, the administration has detained thousands of migrants and utilized a Trump-era public health law known as Title 42 to rapidly expel them from the country.

Title 42, which was first implemented by the former President Donald Trump at the outset of the coronavirus pandemic, denies certain migrants the opportunity to apply for asylum.

The Centers for Disease Control and Prevention said in August that Title 42 would remain in effect until there is no longer a danger of people who aren't U.S. citizens bringing Covid-19 into the country when they cross the border. Unaccompanied children are exempt from the health law.

Under Title 42, the U.S. government has expelled a total 7,099 Haitians on 65 deportation flights since Sept. 19, according to data released Monday by the United Nations International Organization for Migration. An estimated 400 migrants per day have been landing in Port au Prince, and flights are also returning some migrants to Cap-Haitien.

'The possibilities are endless' as NFTs bridge gap between comics, gaming, and character universes