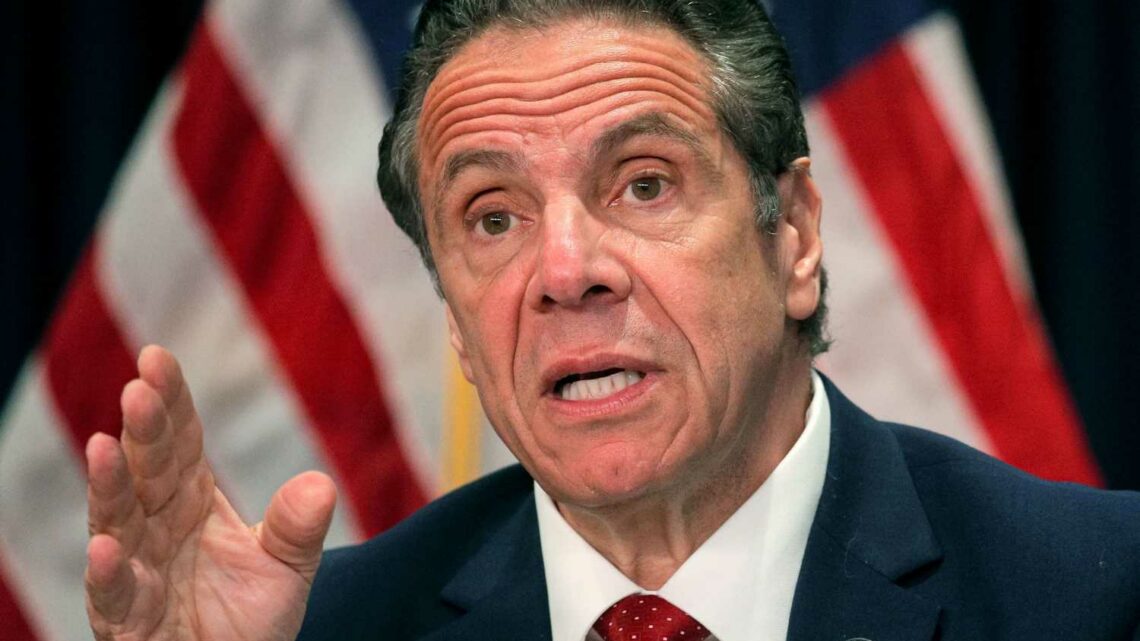 A New York state ethics commission on Tuesday ordered disgraced former Gov. Andrew Cuomo to repay more than $5 million he received to write a book about his handling of the Covid pandemic.

Cuomo's lawyer immediately vowed to fight the demand for repayment.

The order comes a month after the Joint Commission on Public Ethics took the initial step of rescinding its approval for Cuomo to write the book "American Crisis: Leadership Lessons from the Covid-19 Pandemic."

Among other reasons for reversing the approval, JCOPE cited misleading claims by Cuomo's lawyer that no New York government employees would help to write the book.

In fact, investigators have found that government workers were aiding Cuomo with the project at the time his lawyer made the promise last year.

"Contrary to the representations made on behalf of Governor Cuomo, and disclosed to the Commission, State property, resources and personnel, including staff volunteers, were used in connection with the preparation, writing, editing and publication of the Book," JCOPE said in a resolution last month.

The board also cited the fact that the book contract had been withheld from JCOPE before approval was issued.

In a statement Tuesday, Cuomo's lawyer Jim McGuire said, "JCOPE's actions today are unconstitutional, exceed its own authority and appear to be driven by political interests rather than the facts and the law."

"Should they seek to enforce this action, we'll see them in court," McGuire added.

JCOPE's order to Cuomo to repay the money is complicated by questions of whether the ethics panel has the power to make such a demand. It is also complicated by the fact that, according to Cuomo's spokesman, he has donated $500,000 from his book payment to the United Way of New York State and put $1 million from the compensation into a trust for his three daughters.

Cuomo resigned in August in the face of a scathing report from the state attorney general's office, which concluded that the three-term Democrat sexually harassed nearly a dozen women and that his staff engaged in efforts to try to smear a number of accusers.

Cuomo has denied any wrongdoing but faces several criminal investigations for his alleged actions.

Cuomo was given the deal to write the book for an imprint of publisher Penguin Random House in 2020. At the time, he was being widely praised for management of the coronavirus outbreak in New York.

His handling of the crisis since has become viewed less favorably, particularly after disclosures that his administration covered up data about deaths of nursing home residents from Covid.

CNN earlier this month fired Chris Cuomo as the host of a prime-time show on the cable news network after documents released by Attorney General Letitia James revealed that in discussions with Andrew Cuomo's staff, he shared and discussed passing along negative information about women who had accused his brother of harassment.

British student who went to Afghanistan is now in South Sudan

Elon Musk: CEO is a 'made-up title,' so he's Tesla's 'Technoking' instead
Technology