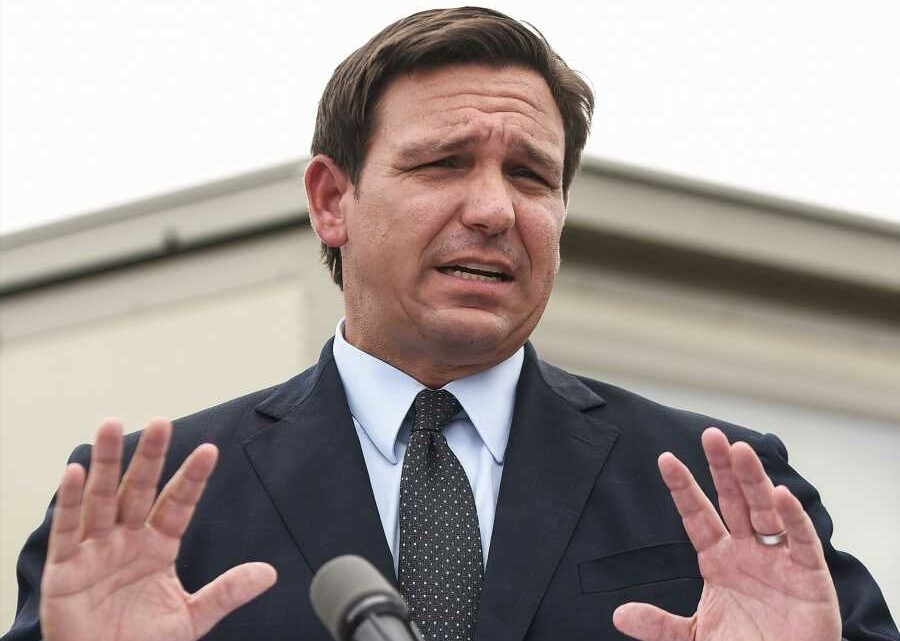 It shouldn’t come as a huge surprise, then, that Floridians have had it with Governor Ron DeSantis’ continued opposition to sensible preventative measures that have been proven to mitigate the spread of the disease. A Quinnipiac poll released Tuesday found that a plurality of DeSantis’ constituents believe he is hurting rather than helping efforts to slow the spread of the disease; that 61 percent of Floridians believe the rise recent explosion was preventable; and that 63 percent believe masks are effective while 59 percent support wearing them indoors.

The poll also found that 60 percent of Florida residents support requiring faculty and students to wear masks while in school, something DeSantis has opposed so stridently that he has threatened to strip funding from the school districts who impose mask mandates.

On July 30th, DeSantis signed an executive order to block school districts from imposing mask mandates as the Delta variant swept through the state. The order was challenged by multiple lawsuits, and as cases continued to rise, including among young people, school districts began to defy it. This prompted the DeSantis administration to threaten to strip funding if the districts did not remove their mandates. On Friday, the Florida Department of Education informed the school boards in Alachua and Broward Counties, which voted to impose mandates, that it “will begin to withhold from state funds, on a monthly basis, an amount equal to 1/12 of the total annual compensation of the school board members who voted to impose the unlawful mask mandates until each district demonstrates compliance.”

Later on Friday, the Biden administration offered to compensate these districts for any financial consequences they may face for requiring masks. “It is deeply troubling to see state leaders putting politics ahead of the health and safety of our students, and that instead of supporting our educators for doing the right thing, state leaders are trying to punish them,” U.S. Education Secretary Miguel Cardona said in a statement promising financial support to the Alachua and Broward County schools districts.

Alachua and Broward aren’t the only districts to buck the governor’s orders. On Tuesday, Orange and Indian River became the ninth and tenth school districts to impose similar mandates. As The Washington Post pointed out on Wednesday, these 10 districts represent over half of Florida’s schoolchildren. Two of them, Indian River and Sarasota, voted for Trump in the 2020 election, which combined with the recent polling from Quinnipiac should probably give DeSantis pause as he gears up for his 2022 reelection bid.

DeSantis is not pausing, though. Despite the soaring rates of Covid cases, hospitalizations, and deaths, the governor appears as committed as ever to opposing preventative measures and endangering the health of — or, frankly, flat-out killing — the people he represents. “Politicians wanna force you to cover your face as a way for them to cover their own asses,” he said at an event last week.

It’s a clever little line. We doubt the families of the 212 Floridians who died per day last week were amused.