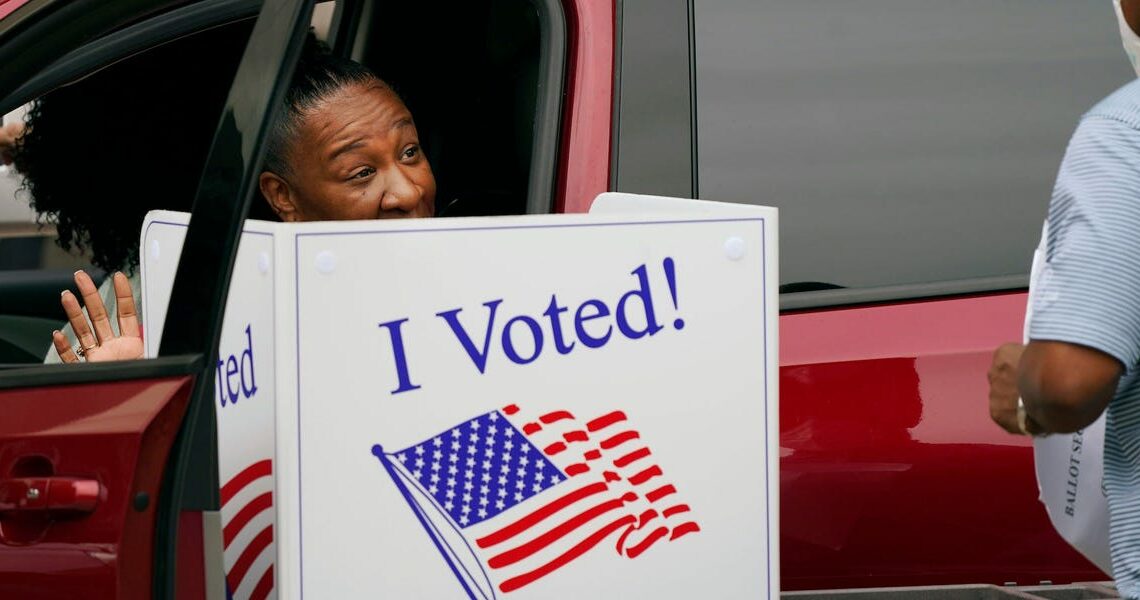 Florida, Michigan, and Texas are the next frontiers in the nationwide battle over voting access

In the aftermath of the 2020 election, Republican-controlled legislatures in key states are undertaking unprecedented efforts to limit mail voting.

New figures from the Brennan Center for Justice as of March 24 show that lawmakers in 47 states have introduced a total of 351 measures that would restrict voting. So far, five of those bills have passed and been signed into law, with 55 currently moving through the legislative process.

Meanwhile, legislators in a separate set of 47 states have introduced 843 bills with provisions that would expand voting access, with nine signed into law and 112 moving through the system.

Those states include Florida, Michigan, and Texas, all of which were crucial battlegrounds the 2020 election.

Republican lawmakers are advancing a bill in Texas that sets new restrictions on absentee voting, which is already limited to voters who are above 65 or have another excuse, and curtails the power of local officials to expand voting options in their counties.

Senate Bill 7, which advanced through the Senate State Affairs Committee on Thursday, bans local election officials from sending out unsolicited absentee ballot applications to voters, bans drive-thru voting, restricts polls to open no earlier than 7 am and close no later than 7 pm during early voting, and requires voters with disabilities to provide written documentation from select government agencies or their doctor to vote absentee.

The legislation also increases access for partisan poll watchers to view and record the voting process, and requires all direct-recorder electronic voting machines in the state to have voter-verifiable, auditable paper trails.

Florida’s voting system and robust vote-by-mail program have received praise from both sides of the aisle, including from Florida resident and former President Donald Trump, who has voted by mail in the state four times in 2020 and 2021.

But GOP lawmakers in the state are still aiming to restrict some aspects of the mail voting process.

House Bill 7041, among other provisions, would require voters to sign up to receive a ballot in every election that takes place in one calendar year instead of every two years, further restrict third-party ballot collection to only allow a voter’s family member to return their ballot, and limit the available hours and locations of ballot drop boxes.

Following Georgia’s lead, the bill, currently in the House Appropriations Committee, also cracks down on the ability of volunteers to bring food and drinks to water to voters waiting in line.

Other provisions of the bill ban local election officials from accepting private grant money, and set clearer standards for the processing of provisional ballots and signature verification of mail ballots, including more robust requirements for alerting voters to problems with their ballots.

Republican lawmakers who control the state legislature in the swing state of Michigan recently introduced a massive package of 39 bills related to election administration.

Michigan voted for Biden by 154,188 votes. But the presidential election in the state was the subject of numerous false claims of voter fraud by Trump and his allies.

Not all the bills in the package restrict voting, as the Brennan Center and Detroit Free Press noted. Some of the laws allow 16 year-olds to pre-register to vote, expand early voting, and set new requirements for poll watchers.

SB 273 and SB 286 would set new restrictions on ballot drop boxes, including not allowing voters to use drop boxes after 5 pm.

SB 285 would require identification to vote absentee, SB 310 would ban election officials from sending out unsolicited absentee ballot applications (as Secretary of State Jocelyn Benson did in 2020), and SB 287 would officials from including prepaid postage for absentee ballots. SB 303 and 304 would make the state’s voter ID law stricter by requiring voters without identification to vote a provisional ballot that won’t be counted unless they provide the requisite ID.

Republicans in the state are looking to circumvent a likely veto for all those bills from the state’s Democratic Governor Gretchen Whitmer by putting them to the voters instead through a ballot initiative process, the Associated Press and CNN report.

If Republicans get 340,000 signatures, “the legislature can vote on the proposal, and then should the proposal pass, it can become law and it wouldn’t be subject to Governor Whitmer’s signature or veto,” Quentin Truner, program director for Common Cause Michigan, told reporters in a Wednesday briefing.

“This is a clear abuse of the initiative process in Michigan, as it is meant to be used for people to get around gridlock and non-responsive government, not for political parties to enact a partisan, anti-voter power grab,” he argued.

Here's how the legendary B-2 bomber's stealth actually works