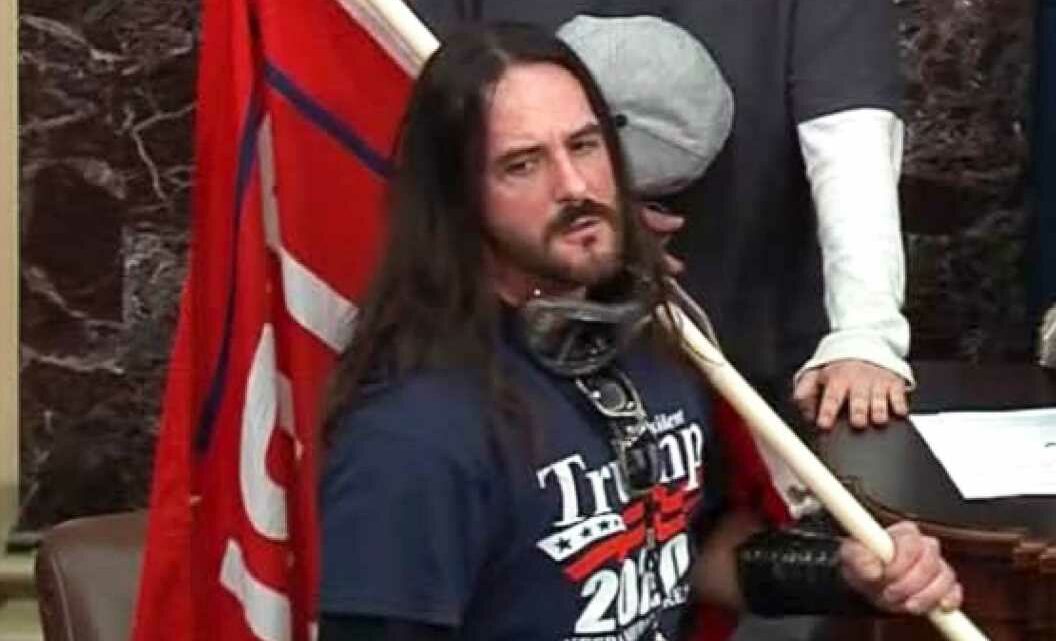 WASHINGTON – A Florida man was sentenced to eight months in prison Monday, marking the first felony sentence from the deadly Jan. 6 Capitol riot.

Paul Allard Hodgkins, 38, of Tampa, was arrested in February after the FBI received a tip identifying him carrying a large "Trump 2020" flag on the floor of the U.S. Senate.

Hodgkins pleaded guilty in June to a single felony count of obstructing an official proceeding. The felony carries a maximum sentence of 20 years in prison. Following his prison sentence, Hodgkins will be placed under two years of supervised release.

More than 500 people have been charged with federal crimes for their role in the Jan. 6 Capitol invasion.

"Although you were only one member of a larger mob, you actively participated in a larger event that threatened the Capitol and democracy itself," U.S. District Court Judge Randolph Moss of Washington, D.C., said during the two-hour court proceeding.

Moss called the events that unfolded at the Capitol as"extraordinary" and as an "assault on democracy."

Hodgkins described his actions on Jan. 6 as the result of a "foolish decision" and told the court that he was "caught up in an emotional protest."

"I can say without a shadow of a doubt that I am truly remorseful and regretful for my actions, not because I face consequences but because of the damage that day's incident caused and the way this country that I love has been hurt," Hodgkins said Monday.

The riots that broke out in Washington forced Congress to recess from the joint session that was scheduled to formally announce President-elect Joe Biden's victory in November's election.

After the Capitol had been secured, Biden's victory over then-President Donald Trump was confirmed by Congress.

Trump, during a rally outside the White House, encouraged thousands of supporters to march to the Capitol to protest what historically have been ceremonial proceedings.

Trump returned to the White House after his speech. During the subsequent rioting, Trump told supporters in a tweeted video "you have to go home now," but he didn't condemn the violence and continued to falsely claim he won the election.

On Monday, Vanity Fair published an excerpt of the new book "I Alone Can Fix It," in which Trump says his desire was the same as the rioters' on Jan. 6 – overturning Biden's election.

"Personally, what I wanted is what they wanted," Trump said of the rioters, according to the book's authors, Washington Post journalists Carol Leonnig and Philip Rucker.