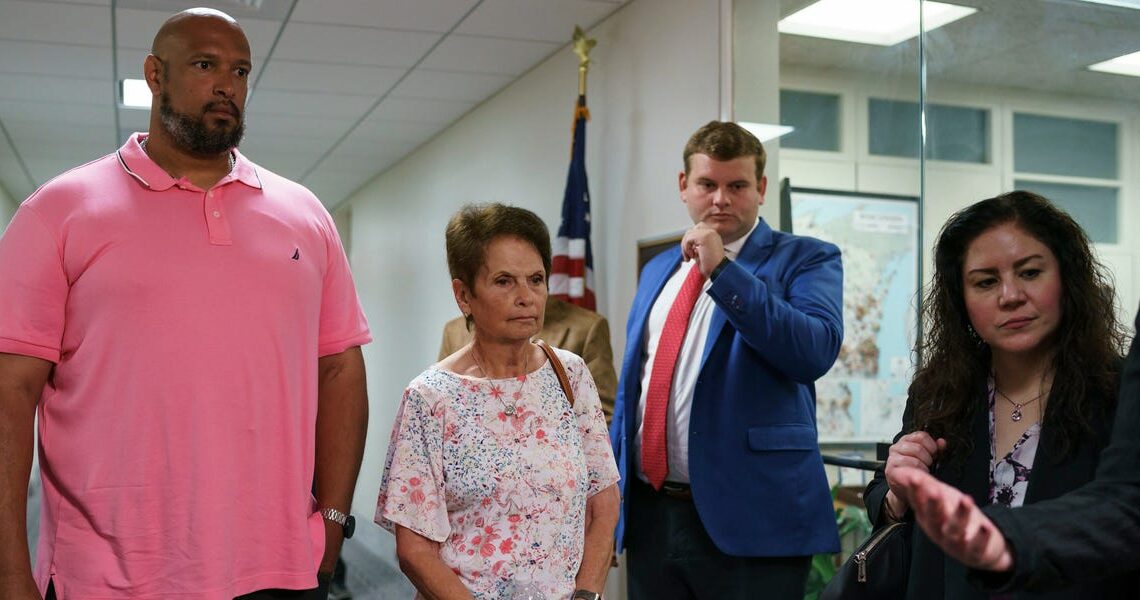 The family of fallen Capitol Police officer Brian Sicknick expressed disappointment at Senate Republicans who on Friday blocked a bill from advancing that would have created a commission to investigate the January 6 insurrection.

During a CNN interview with anchor Jake Tapper, Brian’s mother, Gladys Sicknick, and his partner Sandra Garza said that after meeting with several GOP senators on Thursday, they held out hope that they could convince senators who were opposed to the commission to change their minds.

Gladys Sicknick said that the eventual outcome wasn’t totally shocking to her.

“They went through their motions, but you can tell that underneath they were being nice to us,” Gladys Sicknick told Tapper of her meetings on Thursday. “If they had a child that was hurt or killed on a day like that, they would think very differently. One of the congressmen could have been killed. Apparently, they think … ‘Well we’re safe because of the men in blue.'”

Officer Sicknick suffered two strokes and passed away on January 7, a day after fighting back rioters at the Capitol. The Washington, DC, chief medical examiner ruled that he died of natural causes.

Garza said that the pro-law enforcement rhetoric from opponents of the commission are “all talk and no action.”

“It speaks volumes to how they really feel, not only about the events of that day, but speaking volumes to their constituents and how much they really care,” she said. “It’s not just our pleas about how we felt about Brian and his brothers and sisters and blue, but also the safety of them and everyone else that was in the Capitol that day.

“They were very charming, they knew what they were doing, they knew how to talk to us, but we kind of held back,” Gladys Sicknick said. “It was just … it was tense.”

A motion to invoke cloture and advance the bill was defeated in a 54-35 vote, receiving the support of all present Democrats and six Republicans but failing to meet the 60-vote threshold to overcome a legislative filibuster.

Sens. Susan Collins of Maine, Bill Cassidy of Louisiana, Lisa Murkowski of Alaska, Mitt Romney of Utah, Ben Sasse of Nebraska, and Rob Portman of Ohio were the only Republicans to vote in favor of moving to debate on the bill.

Gladys Sicknick expressed hope that some of the GOP senators shifted their position because of their meetings.

“Maybe we changed their minds,” she said. “That would be great.”

Garza said many of the Republicans said they would reject the commission because it would be “partisan,” despite the legislation calling for an evenly split committee, with five members selected by congressional Democratic leaders and the other five members picked by GOP leaders.

“Well you know, that’s baloney,” she said. “I think they just don’t want to do the right thing. I think what you’re seeing is elitism at its finest.”

Still, Garza appeared upbeat about lawmakers continuing to push for answers to January 6.

Gladys Sicknick, in seeking answers for her son, reflected on his valiance that day.

“I said this morning, I said I can’t believe I have a child that’s going to be in the history books for all the wrong reasons,” she said. “Because he was such a good person, and he was so good at his job. And he was texting all his buddies to see if they were ok on that day, while he was fighting for four-plus hours without any help.”