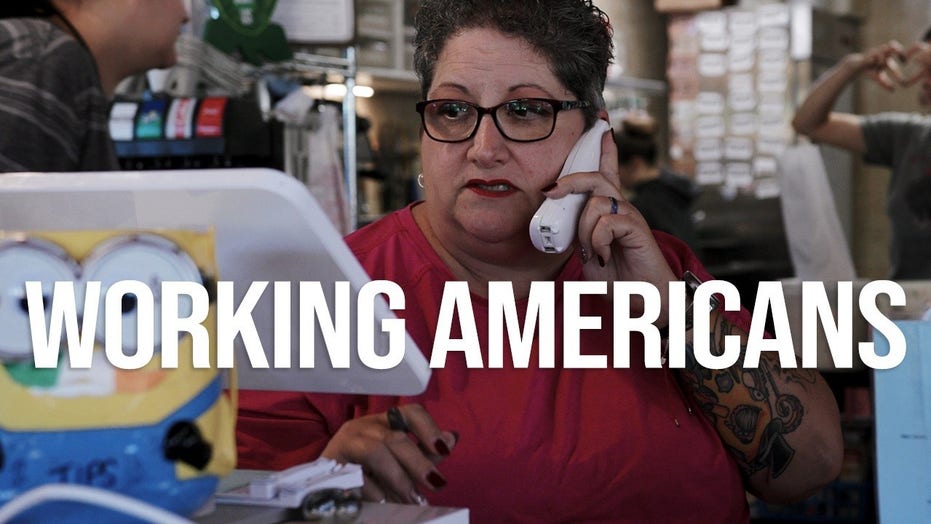 JACKSONVILLE, N.C. – We all have a purpose in life. Some of us never find it. Michelle and Eric Smith found theirs in a Jacksonville, North Carolina, coffee shop that sits several hundred feet from where many of the storied Montford Point Marines are buried. When the wife and husband team began Brewed Downtown nine years ago and gradually built it up into a solid business, they could not have foreseen that they would one day be hit by a pandemic, a supply chain crisis, inflation and the ever-expanding corporate machine.

What kept Michelle and Eric going was not money, though they certainly needed to earn enough to maintain a lifestyle Michelle described as “not poor but not middle class either.” Perhaps working Americans is the best way to describe them, and what kept them moving forward was community.

I have to admit that I had become jaded with that word. I have lived in Los Angeles for the past 25 years, and the hardest thing to find there or in other urban areas is a community, or even a sense of one. Most of the businesses lining the streets where I live are corporate-owned, and their windows are often covered in ads trying to entice the dollar out of my pocket and into theirs.

However, when I walked into Brewed Downtown for the first time, there was a sense of Déjà vu as Michelle rolled up to me on her mobility scooter and greeted me with a mug of freshly brewed coffee that hit the spot. Customers stumbled in, sleep still in their eyes, and they were greeted by their names. As Eric made breakfast in the kitchen, conversations were picked up from where they were left off last time.

I felt like I was back at my old coffeehouse job in Monterey where I worked the night shift as a teenager. Most of my customers were Army personnel from nearby Fort Ord, and I had gotten to know them quite well. It reached the point where I looked forward to my shifts so I could continue my conversations or debates with them. That job had become my community and, sadly, that job, business and community disappeared overnight when President Clinton shuttered Fort Ord.

Michelle confided to me that she feared the business could not survive both the supply chain crisis and inflation. When the pandemic hit, Brewed Downtown was one of the few businesses to remain open. Workers pumped food out through the drive-thru window to their thankful regulars.

After many months, Michelle and Eric thought they had seen the worst. Then the supply chain crisis hit them hard. Still, Michelle managed, finding substitutions wherever possible. She was determined not to cut items from the menu since her regulars had their favorites, but, eventually, it was slimmed down.

Then the prices began to rise on everything. She used to order 500 cups for about $50. Several weeks ago, that price rose to $148. The same thing went for lids, straws, napkins, flavored syrups, coffee beans and all the food items that filled the fridge and pantry.

As the days went by and the prices continued to rise without respite, Michelle and Eric saw their bottom line dipping into the red. How could they reverse it? They inched up the prices several cents, but 85% of their customers are Marines who make “next to nothing.” Michelle knows the life of service well; she is a Navy veteran herself.

Then the bottom dropped out. Last August, she received a phone call from her sales representative at US Foods, informing her that the company would no longer be able to service her business. The representative said that only the top 35% of all accounts would continue to receive shipments. In other words, corporate America got theirs while small businesses were left to fend for themselves.

The sales representative told Michelle it was not personal. A fighter by nature, Michelle tried not to take it personally, but she couldn’t help it. She told me US Foods got its start with small businesses and grew on the back of small businesses to become the behemoth it is today. Michelle felt burned by the disloyalty after ordering from the company for 50 weeks every year for nine years straight.

Michelle and Eric did not hang their heads for long, since the only thing they know how to do is work and be kind to other folks. They began grocery store runs, extending their work day by several hours and buying items for the same prices as the rest of us. Their bottom line dipped further into the red.

To make matters even worse, when they turned on their television in the evenings, they heard leaders who were either tone deaf or far removed from the struggles of small businesses across America. President Biden, who prides his Scranton working-class roots, announced that the Port of Los Angeles would be open an extra 60 hours a week to ease the supply chain crisis when it was already running 24 hours a day for seven days a week. Secretary of Transportation Pete Buttigieg blamed the lack of workers on the lack of child care, ignoring the fact there was a child care issue before the pandemic and people still went to work. Secretary of the Treasury Janet Yellen repeatedly minimized the threat of inflation even as prices continued to rise before her very own eyes.

When I asked Michelle how she was going to survive, her eyes welled up. She did not speak of herself or her husband or the business. She spoke of the community. She told me about the woman that came in with a disturbed look on her face. When Michelle asked what was wrong the woman revealed that she had been told that she had cancer, would need to have both breasts removed and only had a 17% chance of surviving. Michelle then told me of the teenage girl who was so shy that she rarely spoke to anyone. Yet, for some reason, she felt comfortable enough with Michelle to visit nearly every day for lunch and conversation. There were many more stories that Michelle told me, stories made possible because of the community that she and Eric created.

The thing that I liked about Michelle and Eric is that they don’t live with their heads in the clouds. They know that many people would tell them to just quit the business and give up. But quitting is one thing they do not know how to do, and one only has to look into Michelle’s past to understand why.

Before she graduated from high school in Reno, Nevada, she joined the Navy. Her brother had tragically died from cancer a few years before and her parents were in massive debt due to medical bills. Michelle told them to take the college money they saved for her and her brother and pay off the bills. She would go into the Navy and make her own way in the world.

She worked every day of her life except for maternity leave. Even a motorcycle accident that led to the eventual amputation of her leg could not stop her. She and Eric found themselves working for a corporation for years and, like many fellow small business owners, they decided to take a chance on themselves, their American Dream. They knew they wanted to be near the beach and a military base, and they made their home in Jacksonville. Michelle told me she loves her town without reservation and cannot imagine herself anywhere else.

Before I left Brewed Downtown to fly home, Michelle gave me a long and emotional hug. Eric gave me a firm handshake that said it all. I was leaving two good friends and that is a testament to their character. When I returned to Los Angeles, I drove by my regular Starbucks and stopped at the small coffee shop that I had driven by countless times. The owner, an Argentinian woman, made me a cup of coffee nearly as good as Michelle’s. What struck me was the pride that she showed in her coffee and the interest that she showed in her customers. These people make communities possible. We have lost many of these folks over the years, especially the last few. The loss to the fabric of our society will be profound if we allow more of these working Americans to fall by the wayside.

Eli Steele is a documentary filmmaker and writer. His latest film is “What Killed Michael Brown?” Twitter: @Hebro_Steele

Celebrate Christmas with your kids – they already believe in God
Technology