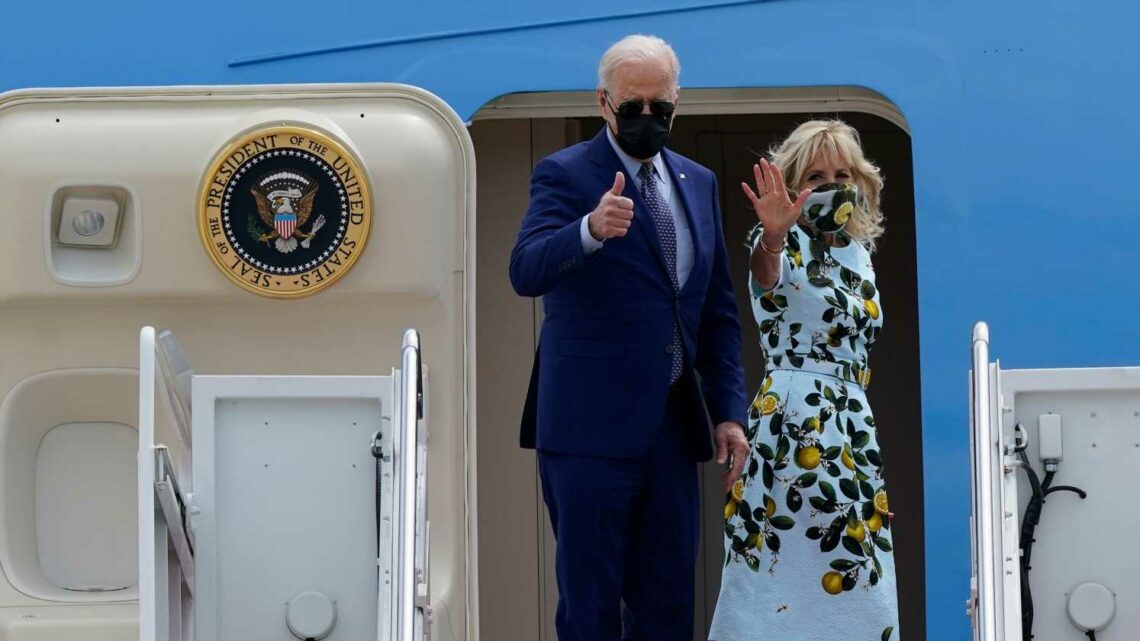 Dr. Jill Biden has ‘a podium if she cares to use it’

The sweep of history has not always been kind to First Ladies. Often ignored, dismissed and underestimated by the public in their own time and given short shrift by presidential historians in the review of past presidencies, their collective impact on our nation has never been fully appreciated. Now, as Dr. Jill Biden establishes her role as First Lady in these first 100 days of her husband’s administration, we’d do well to take her contributions seriously from the start.

Two new acclaimed biographies — historian Julia Sweig’s “Lady Bird Johnson: Hiding in Plain Sight,” and Karen Tumulty’s “The Triumph of Nancy Reagan” — are filling in overlooked history and giving these two indominable women long overdue credit for their substance and significance. Both books compel us to acknowledge how often women are written out of the picture, devaluing their impact on their husbands’ legacy and on the country.

Lady Bird Johnson, wife of President Lyndon Baines Johnson whose transformative Great Society brought sweeping extensive social change, recognized she had power. “[The job of first lady] assigns her no duties,” she said as a reminder to all who would go after her, “and yet when she gets the job, a podium is there if she cares to use it. I did.”

No one had to tell Nancy Reagan. A dozen years after Mrs. Johnson left the East Wing, she realized her own influence as her husband’s chief advocate and protector, encouraging him to forge a seminal relationship with Soviet leader Mikhail Gorbachev and hold his staff accountable for their mistakes. These contributions helped LBJ and Reagan expand the potential of their presidencies, which are widely considered to be among the most consequential in modern American history.

By all indications, Joe Biden is angling for a presidency just as singular. And Dr. Jill Biden, in turn, has a chance to make her own outsized mark along with him. She starts by becoming the first First Lady to hold on to her day job — just as she did as Second Lady — continuing to teach English at Northern Virginia Community College.

The woman who students refer to as “Dr. B.” is determined to keep her career, making a powerful statement about gender equity even as she assumes the amorphous supporting role of First Lady. This despite public criticism and a misguided attempt to diminish her by essayist Joseph Epstein who, after referring to her as “kiddo,” encouraged her in Wall Street Journal op-ed piece to drop her use of the title Dr. because it felt “a touch fraudulent, not to mention comical.” Appropriately, his sexist take down was (appropriately)widely lambasted.

Importantly, in addition to her commitment to teaching, she has also stepped up to help promote the president’s progressive domestic agenda, which, if successful, is bound to be a hallmark of his administration just as the Great Society was to LBJ. Last month, she channeled Lady Bird Johnson, traveling to Alabama to visit centers that offer Head Start programs to promote President Biden’s $1.9 trillion stimulus package. It was Mrs. Johnson who helped to launch Head Start during her own husband’s administration and traveled over 1,300 miles by rail at his behest to alienated Southern states, including Alabama, after he signed the Civil Rights Act in 1964.

Joe Biden clearly realizes how much of a political asset he has in his own First Lady.  Though Alabama went decisively in the Trump column with 62% of the vote in last year’s election, Dr. Biden was dispatched there to rally support for his stimulus bill and make good on his promise to unite a fractured nation by reaching out to even the most scarlet of red states. It was a smart move. As First Lady, she carries his last name and imprimatur without his political baggage. But while her she may be a softer presence, her impact is no less effective. “I know that you would do anything for your children,” she appealed to Alabamans as a mother as well as a presidential surrogate. “Every parent does.” Her advocacy has helped to depoliticize the bill, which is popular even among Republicans.

Finally, like so many First Ladies before her, Dr. Biden wields power as the president’s closest political advisor. She has been a political spouse through almost the entirety of their 42-year marriage and clearly understands the political world. More than anyone else throughout his career, she has his ear and his trust. As he wages an agenda as far-reaching as those of his most towering predecessors — including LBJ and Reagan — that may well be her most vital contribution.

“A woman is like a teabag,” Nancy Reagan once said, “only in hot water do you realize how strong she is.” It’s time that we consider the full strength, power, purpose and promise of our First Ladies in their own time — whether they’re in hot water or not.

Lauren Leader is co-founder and CEO of All In Together, a non-partisan, nonprofit women’s civic education organization. She is the author of “Crossing the Thinnest Line” and tweets @laurenleaderAIT Mark K. Updegrove is president and CEO of the LBJ Foundation. He is the presidential historian for ABC News and author of “The Last Republicans: Inside the Extraordinary Relationship Between George H.W. Bush and George W. Bush” and “Indomitable Will: LBJ in the Presidency.”  He is host of the podcast “With the Bark Off” and tweets @MarkKUpdegrove