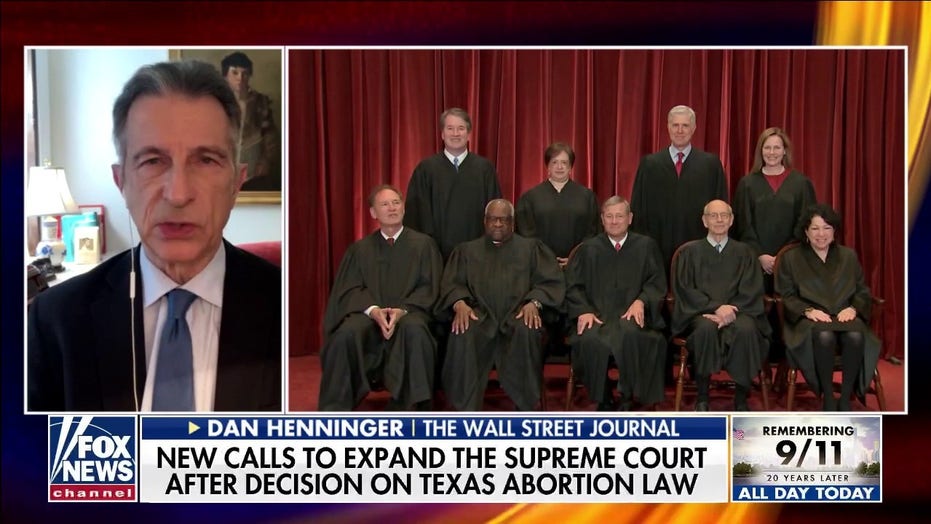 The Tense Politics of a Texas Abortion Law

Both the left and right want to politicize the courts.

Pro-abortion activists marched on the home of Supreme Court Justice Brett Kavanaugh on Monday in response to his vote to uphold a Texas law restricting abortion.

In videos posted online by Daily Caller journalist Mary Margaret Olohan, protesters can be seen gathering at a park in Chevy Chase, Maryland, before walking over to Kavanaugh’s residence, which appeared to be unoccupied at the time.

At one point, protesters antagonized several police officers who were stationed around Kavanaugh’s home.

The protest was organized by the leftist organization ShutDownDC.

“Three years ago, hundreds of women, femmes and allies undertook a month of bold direct action to stop the Senate from confirming accused sexual predator Brett Kavanaugh to the Supreme Court,” the group said on Facebook leading up to the march. “We warned what would happen. And now, in the dead of night, Kavanaugh and four of his colleagues have effectively overturned the right to an abortion. (Although we must acknowledge that the right wing had already succeeded in making abortion largely inaccessible for many people without means and people of color living in certain states.)”

Earlier this month, Kavanaugh joined four other justices in voting to deny an emergency appeal from abortion providers to stop a Texas law banning abortion at the time a fetal heartbeat can typically be detected.

The Biden administration has since sued the state of Texas over the law.

“It is settled constitutional law that ‘a state may not prohibit any woman from making the ultimate decision to terminate her pregnancy before viability,’ but Texas has done just that,” the lawsuit said.