A Texas bill proposing new restrictions on how and when voters can cast ballots is being criticized by major companies. Townhall.com managing editor Spencer Brown and Fox News Headlines 24/7 reporter Carley Shimkus weigh in on what’s next.

Dozens of major corporations and business groups on Tuesday came out against proposed voting restrictions in Texas, signing an open letter opposing any legislation that would limit ballot access.

"We stand together, as a nonpartisan coalition, calling on all elected leaders in Texas to support reforms that make democracy more accessible and oppose any changes that would restrict eligible voters’ access to the ballot," the businesses wrote.

The letter does not cite specific legislation, but comes as Texas Republicans push forward with two major bills that would cut early voting options, allow partisan poll watchers to record video or take photos of people casting ballots and place more restrictions on people who provide assistance with voting. Proponents of the measures say they will make elections more secure, despite minimal evidence of fraud, while critics say it will hinder voting access, particularly among people of color.

One measure – Senate Bill 7 – could be voted on by the state House as soon as this week.

A separate letter, also released on Tuesday, was signed by more than 100 prominent Houston executives and directly criticizes the proposed legislation. 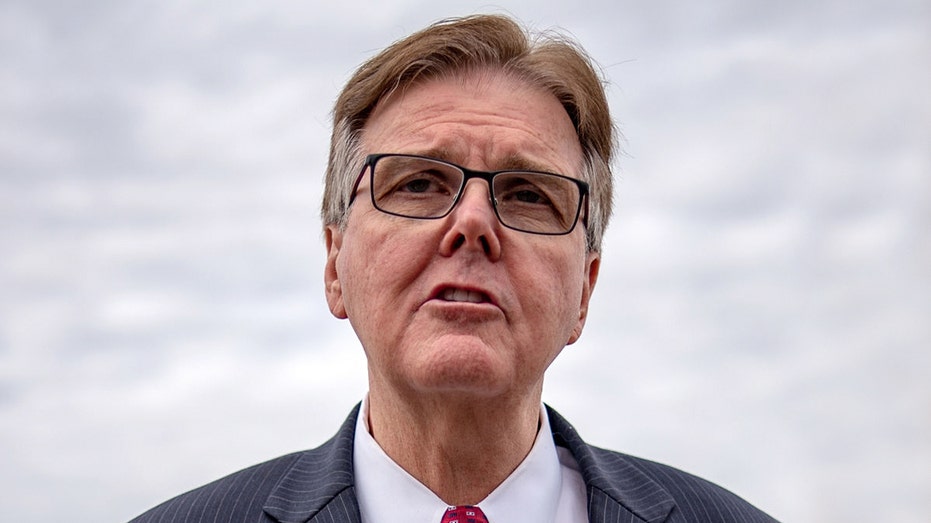 Texas Lt. Gov. Dan Patrick, a Republican, has railed against companies for weighing in on policy issues, warning businesses during an April 6 press conference to stick to lobbying the government on issues like taxes. (Sergio Flores/Bloomberg via Gett

The business community has faced growing pressure to take a stance on hot-button political issues, caught a partisan whirlwind with liberals demanding that companies condemn restrictive voting laws and rebuke the GOP politicians who support them, while conservatives have slammed the sector for kowtowing to the left.

After Georgia Republicans passed a controversial law requiring identification for mail-in ballots, shrinking the window for early voting and limiting the number of ballot boxes, among other measures, hundreds of companies, including Amazon, Google, and Netflix, came out in droves to take a stance against voting restrictions.

Texas Lt. Gov. Dan Patrick, a Republican, has railed against companies for weighing in on policy issues, warning businesses during an April 6 press conference to stick to lobbying the government on issues like taxes. He also raised the possibility of a boycott, saying businesses have "meddled in a lot of issues lately. I’m not a big believer in boycotts, but people will make up their own mind."

"I kind of hope they're all hat, no cattle," Ryan said. "Texas is one of the best states, if not the best state, in the country to do business….I just don't think it would be good for the state if they decided to take policy action against companies for speaking out."

More than 350 different voting bills are under consideration in dozens of states, according to a tally from the Brennan Center for Justice, a public-policy think tank.