DNC spokesperson insists Democrats 'do not support defunding the police' 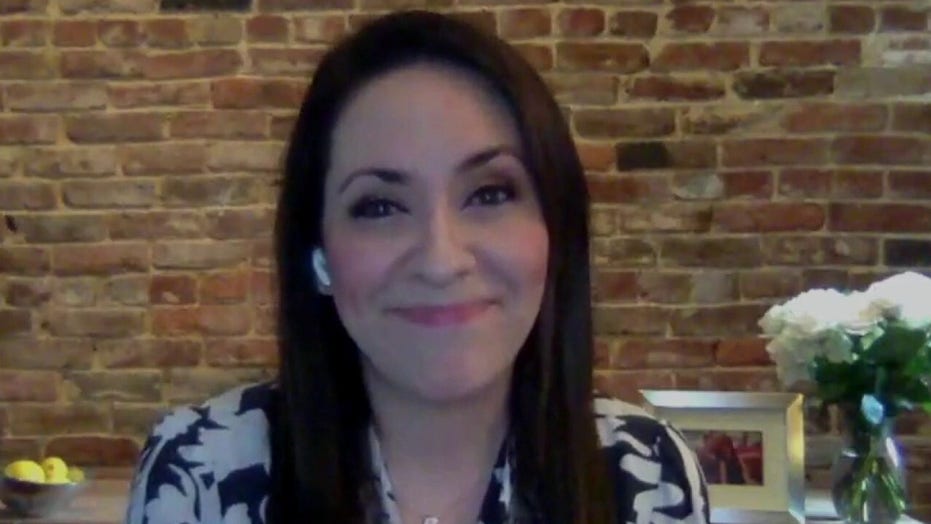 “The campaign has been very clear when it comes to defunding the police,” Hinojosa said the morning after the second night of the Democratic National Convention. “They do not support defunding the police and I don’t know how many times we have to say this on this network or others, but that is the case.”

Hinojosa made the comment reacting to an op-ed written by Jason Riley, a member of The Wall Street Journal Editorial Board, titled, “Will the Real Kamala Harris Please Stand Up?”

“Once a tough-on-crime prosecutor, she now can’t answer a simple question about defunding the police,” Riley wrote.

Host Sandra Smith asked Hinojosa if Democratic presidential nominee Joe Biden’s running mate, who is scheduled to speak at the convention Wednesday night, will talk about the “growing” defund the police movement.

Smith asked, “Will there be any mention of the violence in American cities across this country?”

Hinojosa insisted Biden’s campaign does “not support defunding the police” and added that “what you will hear from Kamala Harris is you will hear that she will be a steady leader and ready to lead on day one.”

“And a Joe Biden-Kamala Harris presidency is one that will lift people up, unite our country, and make sure that with the unrest happening all across this country that we’re doing everything we can to bring people together,” she continued. “We are about inclusion, not exclusion and that’s what you will see in our program over these four nights versus next week you will see divisiveness, you will see chaos. That is exactly what we expect from Republicans next week.”

Hinojosa was referring to the Republican National Convention, which is scheduled to begin Monday. 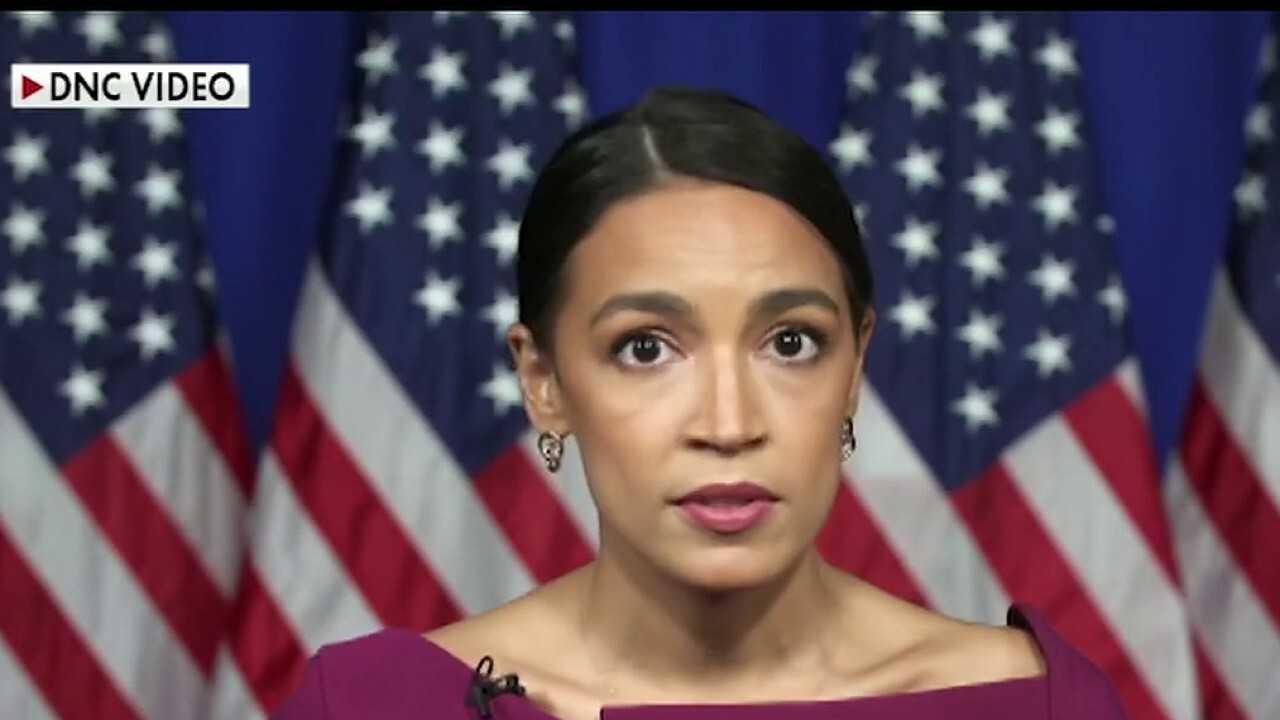 “So you will talk about the fact that you’ve got police retiring in record numbers across the country, a drop in morale that is harmful to people who don’t feel safe in some of our streets?” Smith hit back. “Is that a guarantee we’re going to hear about that tonight? Because that’s been missing from the last couple of nights.”

“I actually point to the conversation that Joe Biden had on racial justice,” Hinojosa replied. “You had someone from law enforcement involved in the program from Houston where he talks about that a lot of the cops that are out there and the police officers, your law enforcement are good people and he talked a little bit about Joe Biden’s steady leadership.”

“At the same time we need to make sure that we are providing law enforcement the tools they need and the training that they need in order to do their jobs and right now the Trump administration hasn’t done that,” she continued.

Smith then said, “As you have seen from the Trump camp they continue to make the charge that the radical left is in charge, not Joe Biden.”

She pointed to a statement from Trump campaign communications director Tim Murtaugh, who said, “Someone should have explained to Joe Biden that he is now the official nominee of the Democratic Party, meaning his supervisors from the radical left are now formally in charge.”

U.S. Rep. Alexandria Ocasio-Cortez, D-N.Y., spoke for one minute during her DNC appearance on Tuesday, the second night of teh convention.

Smith asked Hinojosa, “Is this a sign of division within your own party?”

“The Republican Party wishes that we were divided, but we’re actually more unified than ever and it scares them,” Hinojosa said.

She also reacted to comments made by RNC Chairwoman Ronna McDaniel earlier on Wednesday. 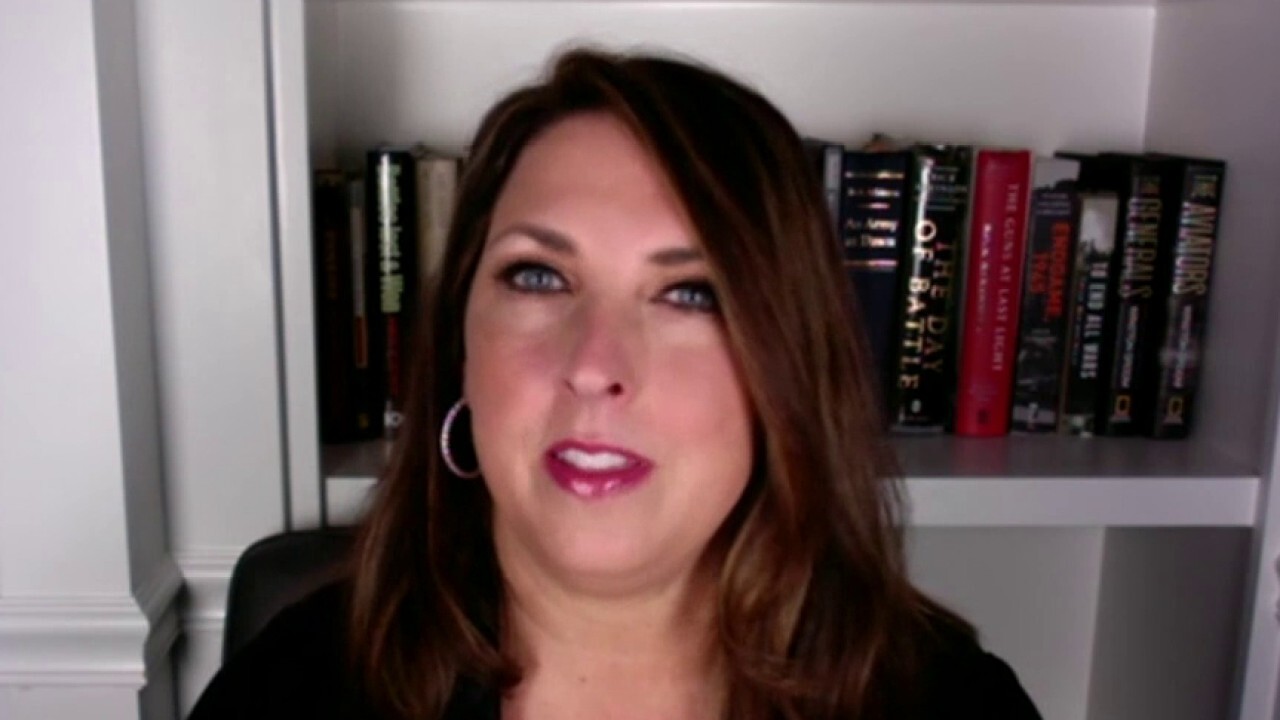 During McDaniel’s appearance of “America’s Newsroom” she weighed in on her perspective of the Democratic convention, saying, “Last night was about Joe Biden of 2004 or 2008,” adding that Democrats are “not talking about the Joe Biden 2020 who has embraced AOC and Bernie Sanders.”

McDaniel also said, “Your taxes are going to go through the roof and he [Biden] is going to bankrupt this country as he is a bridge to socialism and they’re not highlighting the policies he’s running on.”

“They’re talking about what a good guy he is,” she continued. “Well, he’s not a good guy when he is raising taxes on 82% of American households.”

In response, Hinojosa said McDaniel “right now is terrified because there are folks from her party who are speaking at our convention and that just shows the unity.”

“On one night you had Bernie Sanders who is making the case for Joe Biden. You will have Elizabeth Warren, you will have Barack Obama, you had Michelle Obama and then you also have Republicans,” Hinojosa continued.

She specifically pointed to Cindy McCain, the widow of Sen. John McCain, who spoke Tuesday night and former Ohio Gov. John Kasich, who spoke the night before. He was the last to drop out of the 2016 Republican primary against Trump. She also noted that former Secretary of State Colin Powell offered his full endorsement of Biden on Tuesday night in a speech where he contrasted Biden’s decades of experience in foreign policy compared to President Trump’s.

She went on to say Republicans “have only divided our country and I think they’re running scared because they’re falling in the polls right now.”