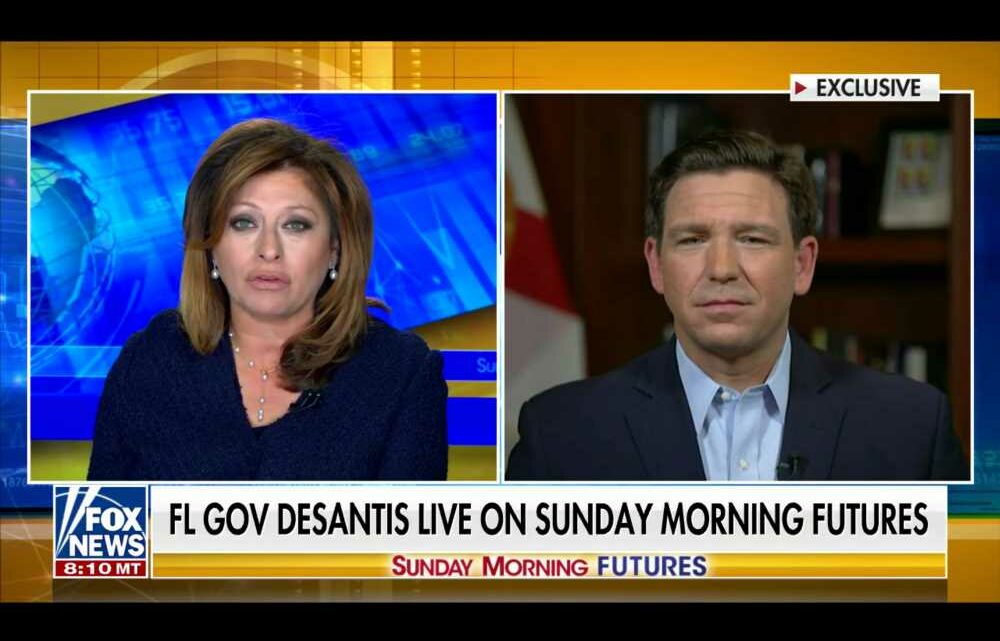 This past week, videos of police and firefighters in Seattle returning their boots as they are laid off for not complying with vaccine mandates popped up on Twitter. In a Sunday interview, Florida Republican Gov. Ron DeSantis said he hopes officers and first responders refusing the vaccine move to Florida, where he bragged that the state has “been able to fight back very effectively against mandates imposed by, for example, local governments against police fire.”

In the interview, DeSantis claimed that first responders are making the decision not to get vaccinated on a “scientific basis” because they may have already had the virus. (Note: Many in the scientific community recommend vaccines for people who had a prior Covid infection).

“On a scientific basis, most of those first responders have had Covid and have recovered,” DeSantis claimed without citing evidence. “So they have strong protection and so I think that influences their decision on a lot of this that they have already had it and recovered.”

But peer-reviewed scientific research conducted by actual scientists at the Centers for Disease Control and Prevention has found that more than a third of people (36 percent) who had a prior Covid infection did not develop any antibodies against the virus. Compare that to the vaccine, where one study found nearly 100 percent of non-immunocompromised individuals developed antibodies after getting just one dose of the two-dose Moderna or Pfizer mRNA vaccine. And another study found that two-thirds of people who mounted a lower immune response to a Covid infection totally lost antibodies to fight the virus after 60 days. A vaccine in addition to natural immunity, so-called “hybrid immunity,” appears to convey the best protection from the virus.

But damn the science, DeSantis (whose surgeon general reportedly refused to wear a mask in a meeting with a state senator who is also a cancer patient) said he wants to incentivize law enforcement officers to move to Florida from outside the state.

So come on, anti-vaxxers! Move to Florida, the state with the highest percentage of seniors, an age group that is especially vulnerable to the virus! What could go wrong?

Jonathan Turley: Alec Baldwin shooting – what are the criminal and civil liabilities?