For Stephanie Davis, who grew up with little, the military was a path to the American dream, a realm where everyone would receive equal treatment.

She joined the Air Force in 1988 and steadily advanced over the course of decades, becoming a flight surgeon, commander of flight medicine at Fairchild Air Force Base and, eventually, a lieutenant colonel.

But many of her service colleagues, Davis says, viewed her only as a Black woman. Or for the white resident colleagues who gave her the call sign of ABW – it was a joke, they insisted – an “angry black woman,” a classic racist trope.

White subordinates often refused to salute her and she was attacked with racial slurs, she said.

“For Blacks and minorities, when we initially experience racism or discrimination in the military, we feel blindsided,” Davis said. “We’re taught to believe that it’s the one place where everybody has a level playing field and that we can make it to the top with work that’s based on merit.”

In interviews with The Associated Press, current and former enlistees and officers in nearly every branch of the armed services described a deep-rooted culture of racism and discrimination that stubbornly festers, despite repeated efforts to eradicate it.

The AP found that the military’s judicial system has no explicit category for hate crimes, making it difficult to quantify crimes motivated by prejudice.

The Defense Department also has no way to track the number of troops ousted for extremist views, despite its repeated pledges to root them out. More than 20 people linked to the Jan. 6 siege of the U.S. Capitol were found to have military ties.

The AP also found that the Uniform Code of Military Justice does not adequately address discriminatory incidents and that rank-and-file people of color commonly face courts-martial panels made up of all-white service members, which some experts argue can lead to harsher outcomes.

And racial discrimination doesn’t exist just within the military rank-and-file. Every year, civilians working in the financial, technical and support sectors of the Army, Air Force and Navy file hundreds of complaints alleging race and skin color discrimination, according to an AP analysis of U.S. Equal Employment Opportunity Commission data.

In February, Lloyd J. Austin III – a former Army general who now is secretary of defense, the first Black man to serve in the post – ordered commanders and supervisors to take an operational pause for one day to discuss extremism in the ranks with their service members.

The Southern Poverty Law Center sent Austin a letter shortly after his order, applauding him for his decisive action but underscoring that systemic change on all military levels is urgent. 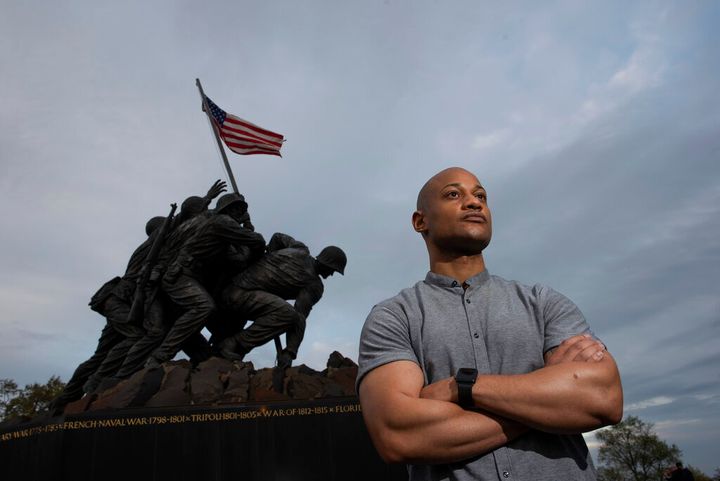 “Those who are indoctrinated into white supremacist ideology present a significant threat to national security and the safety of our communities,” SPLC President Margaret Huang wrote.

In a statement to the AP, the Defense Department said extremism is not “widespread” in the armed forces, but acknowledged that “efforts to stamp out extremist views from the rank-and-file have historically been reactive versus proactive until recently.” Pentagon spokesman Maj. César Santiago pointed to Austin’s stand-down order in February that stressed the oath of office taken by military personnel, including a “commitment to protecting our nation from enemies foreign and domestic.”

Santiago added that “we know that far too many service members indicate they experience discrimination.” He noted that the Defense Department had launched multiple efforts in the past year, including updating its anti-harassment policy, assessing its training on implicit bias, and developing data-driven strategies to guide efforts to attract and retain diverse members and also identify unhealthy work environments.

In the midst of last year’s summer of unrest sparked by police killings of Black Americans across the nation, Army Gen. Mark A. Milley, who is also the Department of Defense’s Chairman of the Joint Chiefs of Staff, told congressional leaders the military cannot afford racism or discrimination.

“We who wear the cloth of our nation understand that cohesion is a force multiplier,” Milley said. “Divisiveness leads to defeat.”

Austin pledged to rid the ranks of “racists and extremists” during his confirmation hearing before Congress, which came on the heels of the Capitol insurrection.

“The job of the Department of Defense is to keep America safe from our enemies,” he said. “But we can’t do that if some of those enemies lie within our own ranks.”

At the end of 2020, the Defense Department released a report aimed at identifying ways to improve racial and ethnic diversity in the U.S. military. Among the findings: The enlisted ranks of the active and reserve military were “slightly more racially and ethnically diverse than its U.S. civilian counterparts.” But not the officer corps.

The breakdown of all active commissioned officers: 73% white; 8% each Black and Hispanic; 6% Asian; 4% multiracial; and less than 1% Native Hawaiian, Pacific Islander, American Indian or Alaska Native. And the diversity gap widened the higher individuals moved up in the ranks.

Several Black officers interviewed by the AP said the culture must give way if they are ever to flourish.

Thomas Hobbs, an infantry colonel who retired after 27 years of service in the Marine Corps in 2018, was among those who spoke of the pressures of trying to blend into an overwhelmingly “white male culture.”

Hobbs said the Marines have done better than other branches of the service in recruiting Black candidates into the officer corps, but noted that “many of them don’t stay in the military past their 10th year.”

“Why don’t they stay in? Because they’re exhausted from having to act a certain way all the time and they can never be themselves,” Hobbs said.

Other service members of color detailed incidents in which they said they were discouraged by superiors from openly embracing their cultures. Some said they were told to avoid speaking languages other than English to not offend their mostly white colleagues.

And some Black women detailed the challenges they faced navigating a culture that often labels them as “aggressive or difficult” and their natural hair as unkempt or unprofessional.

Now, a round of sweeping changes to the National Defense Authorization Act – which primarily funds and lays out policies governing the Defense Department and military services – could present a unique opportunity to turn the tide.

A bill passed earlier this year ordered the Secretary of Defense to devise a plan to remove all names, symbols and monuments that honor the Confederacy, including renaming military bases such as Fort Benning and Fort Hood, which honor Confederate leaders.

“Several years ago, they uncovered a cell of white supremacists down at Fort Bragg,” U.S. House Majority Whip Jim Clyburn recalled in an interview with the AP. “Were they there because of the attitudes they brought with them or were they celebrating the fact that Fort Bragg is named after a segregationist?

The bill also lays out tracking mechanisms and reporting requirements for supremacist, extremist and criminal gang activity, and creates an inspector general to oversee diversity and inclusion efforts.

When Stephanie Davis was medically retired by the Air Force in 2019 after more than two decades of service, she felt ground down by overt racism and

noted how insidious it can be to members of the ranks – service members entrust their lives to their fellow troops, and a lack of cohesion in a unit can be deadly.

“It creates a harmful and dangerous work environment,” she said. “And a lot of us suffer in silence because we feel like there’s nothing that can be done.”

EDITOR’S NOTE: As a Marine lance corporal, James LaPorta once served under the command of Col. Thomas Hobbs, but did not work for him directly.