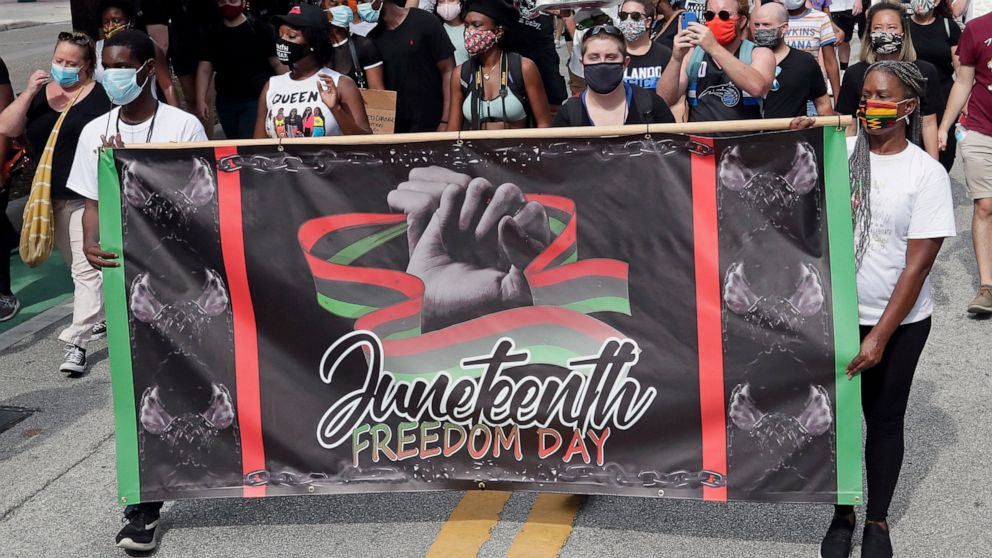 COLUMBUS, Ohio — Congress and President Joe Biden acted with unusual swiftness this week in approving Juneteenth as a national holiday, a move that sent many states scrambling to clarify their policies on the observance with less than a business day’s notice.

Nearly all states recognize Juneteenth in some fashion, at least on paper. But most have been slow to move beyond proclamations issued by governors or resolutions passed by lawmakers. At least seven states have designated it in law as an official paid state holiday — Illinois, Louisiana, New Jersey, New York, Texas, Virginia and Washington.

This year alone, legislation to formally recognize Juneteenth died in Florida and South Dakota and is stalled in Ohio, all states controlled by Republicans. But even in Maryland, where Democrats control the Legislature, a Juneteenth bill passed one chamber only to die in the other.

The effort recalls the drawn-out battles over recognizing Martin Luther King Jr. Day, the last time the federal government designated a new holiday. That legislation, finally passed in 1983, scheduled the holiday to begin three years later. It set off bitter debates in the states over whether to enact their own holidays.

Only a handful of states headed into Thursday’s signing of the federal Juneteenth law with the paid holiday on the books to be celebrated in 2021. The governors of Washington, Illinois and Louisiana, by contrast, all signed more recent laws that were set to kick in for 2022, adding to the muddled rollout.

Louisiana Gov. John Bel Edwards, a Democrat, announced that state offices would be closed for a half-day on Friday, only a few days after he signed Juneteenth legislation. Illinois Gov. J.B. Pritzker closed government offices in his state as well, though the new holiday would not have been observed until 2023, since June 19 falls on a Sunday in 2022.

In another twist, many states have laws with provisions that automatically recognize all federal holidays — even those not named in state statute.

Such was the case in Ohio, where Republican Gov. Mike DeWine issued his Juneteenth statement on Thursday evening. In the manner of a hastily called school snow day, he noted the state’s automatic observance of all federal holidays and declared that most government offices would be closed Friday.

State Sen. Hearcel Craig, a Columbus Democrat who is Black, is sponsoring the bill making Juneteenth a paid state holiday in Ohio.

He said Friday that it remains essential that lawmakers pass the legislation even after the federal holiday was declared. His bill cleared the Ohio Senate unanimously last session, but time ran out for its consideration in the House.

“This is the party of Lincoln,” he said of Republicans who control both Ohio’s legislative chamber. “My hope and expectation is that Ohio will choose to be a leader in the quest to honor Black history and the movement toward a more equitable world. And that’s not hyperbole. Ohio can and should be a leader with regard to this issue. It concerns not only African-Americans but all Americans. Put simply, Black history is American history.”

Minnesota has recognized the third Saturday in June as Juneteenth since 1996, but the statute only obligates the governor to issue a proclamation each year honoring the observance. That’s a common situation in the U.S.

Minnesota Gov. Tim Walz, a Democrat, has called for making it an official state holiday. The idea has not gotten traction so far in the Minnesota Legislature, the only one in the nation where Democrats control one chamber and Republicans control the other.

Members of its People of Color and Indigenous Caucus are now drafting legislation patterned on the new federal law.