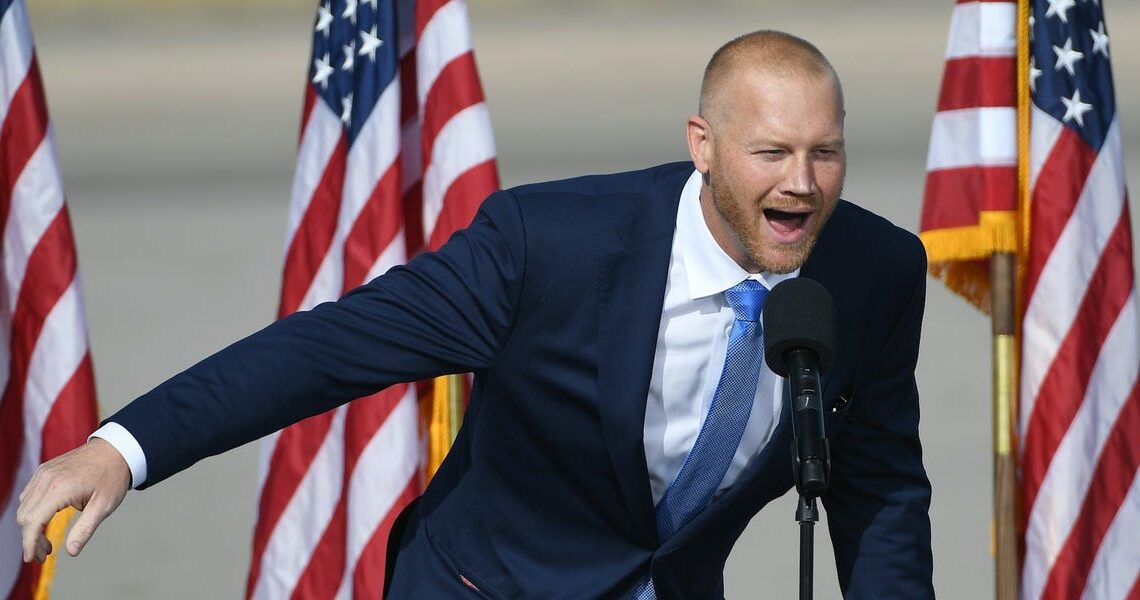 Dan Rodimer ran for Congress in Nevada as a suburban family man and lost. Now he's running in Texas as a gritty cowboy. Critics say it's a bunch of bull.

Rodimer, however, also ran for a congressional seat in Nevada last year as “a small businessman, a family man, living in the suburbs,” and lost in November.

So it appears that he’s switched tacks.

“Send Big Dan to Congress. I know how to handle Nancy Pelosi and stop her bullsh*t,” Rodimer says in his new ad, which features a new, more gravelly voice.

In his Nevada ad, Rodimer can be seen surrounded by his children, speaking in a softer voice. In the ad for his new campaign, he’s riding a bull and sporting a throaty Texas accent.

His campaign website says he used to live in Houston and owned a home in Galveston, but the two cities aren’t near the district he’s running in.

Some critics are calling him a phony who’s playing up a fake Texas twang to garner votes.

Rodimer told CNN on Monday that he did use a body double for parts of the bull ride shown in the ad.

“I actually stayed on for 11 seconds and the only reason I was able to get off — well, unfortunately, my hand was stuck, so I couldn’t get off sooner — we didn’t get the full filming of it, and, yeah, we had other people jump in to be body doubles,” he said.

Rodimer has been mired in controversy regarding previous physical assault allegations during his 2020 campaign. His wife was featured in a campaign video explaining 911 calls she made against him in 2018 before they were married. At the time, she alleged he stole money, jewelry, and guns from her.

Rodimer’s campaign did not reply to Insider’s email request for comment at the time of publication.

Charted: Ripple (XRP) Consolidates Gains, Why It Could Revisit $0.60
Technology