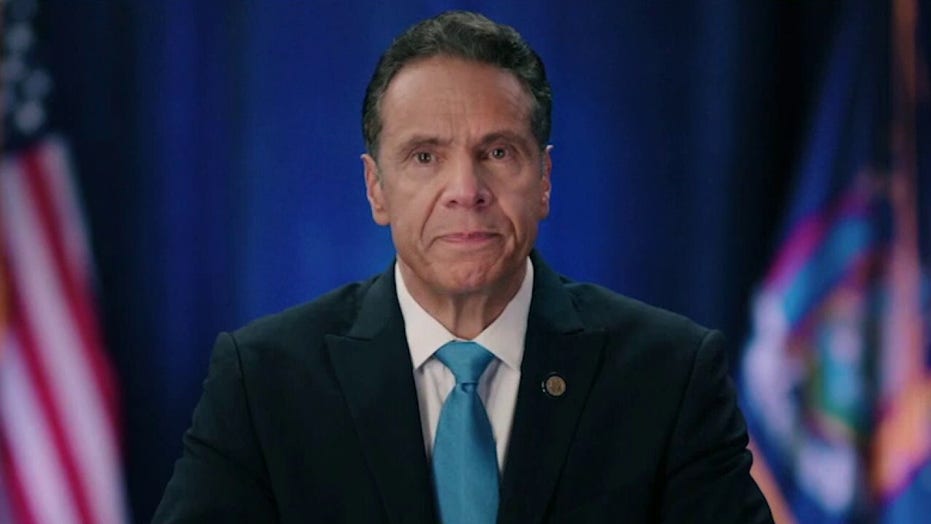 New York Gov. Andrew Cuomo is publishing a book on his response to the coronavirus pandemic that has killed nearly 19,000 people in his state, his publishing company announced on Tuesday.

The news comes the day after Cuomo addressed the Democratic National Convention and called the virus' spread a metaphor for a country weakened by division. New York state has one of the lowest infection rates in the U.S., a welcome contrast to the spring, when it had one of the highest.

"In his own voice, Andrew Cuomo chronicles in 'American Crisis' the ingenuity and sacrifice required of so many to fight the pandemic," according to Crown, "sharing his personal reflections and the decision-making that shaped his policy, and offers his frank accounting and assessment of his interactions with the federal government and the White House, as well as other state and local political and health officials."

Cuomo has received some of his strongest criticism for the thousands of virus-related deaths at New York nursing homes.

"Cuomo mismanaged New York's coronavirus response. Tens of thousands in nursing homes unnecessarily died, and his arrogance spread the virus unnecessarily across the country. Democrats are now allowing him to lecture the rest of us," Trump campaign aide Andrew Clark tweeted after the governor's Democratic convention speech slamming the Trump administration's pandemic response.

Some of the criticism also has come from Fox News senior meteorologist Janice Dean, who lost her in-laws to coronavirus. 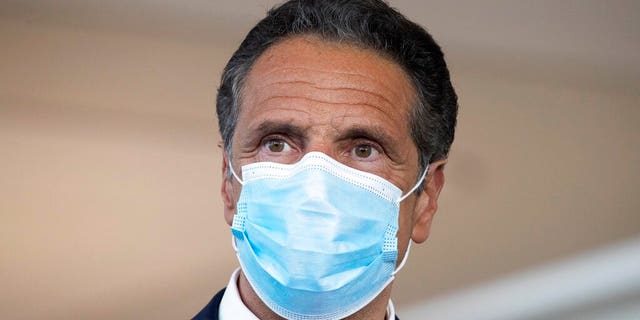 “They got sick and they couldn't take care of themselves or each other and they were in separate assisted living facilities, hoping that we were going to get them together,” she said. “Then COVID-19 came in play and took the lives of both of them. I want answers. I want accountability.”

Dean weighed in on the book news on Tuesday.

"[Cuomo's] leadership was an American Crisis," she wrote on Twitter.

Others joined in the criticism.

"I do not think Andrew Cuomo should be devoting any of his time to writing a book, while we still cannot reopen schools safely and mass evictions loom," Laura Marsh, a literary editor at the liberal magazine New Republic, wrote on Twitter.

"Cuomo writing a book [about] leadership in China Virus is like having Harvey Weinstein write a book called 'How to Treat a Lady.' Janice Dean needs to write the book of how Cuomo failed [and] it costs the lives of her parents-in-law," former Arkansas Gov. Mike Huckabee, a Fox News contributor, wrote on Twitter.

A recent AP investigation found that the state's death toll of nursing home patients, already among the highest in the nation, could be significantly more than reported. Unlike every other state with major outbreaks, only New York explicitly says that it counts just residents who died on nursing home property and not those who were transported to hospitals and died there.

Cuomo had said last month that he was thinking of a book, commenting during a radio interview on WAMC that he wanted to document the “entire experience, because if we don't learn from this then it will really compound the whole crisis that we've gone through.”

In an excerpt from “American Crisis” that Crown shared with the Associated Press, Cuomo emphasized the importance of confronting fear.

“The questions are what do you do with the fear and would you succumb to it,” he wrote. "I would not allow the fear to control me. The fear kept my adrenaline high and that was a positive. But I would not let the fear be a negative, and I would not spread it. Fear is a virus also.”

Financial terms for “American Crisis” were not disclosed. Cuomo was represented by Washington attorney Robert Barnett, whose other clients include former President Barack Obama and former President George W. Bush. Cuomo is also the author of “All Things Possible: Setbacks and Success in Politics and Life,” which came out in 2014.

State by State Guide to Traveling During the Pandemic