The Centers for Disease Control and Prevention says it does not consider Vice President Mike Pence a “close contact” of President Donald Trump and that he can safely participate in Wednesday’s vice presidential debate.

In a memo released Tuesday, CDC Director Robert Redfield wrote that after consultation with White House physician Jesse Schonau and given Schonau’s description of Pence’s movements, “the Vice President is not a close contact of any known person with COVID-19, including the President.”

The memo goes on to define “close contact” as anyone who was “within six feet of an infected person for at least 15 minutes starting from two days before illness onset.”

The CDC director added that “from a public health standpoint,” it is “safe” for Pence to attend the vice presidential debate on Wednesday. (Schonau reported again Tuesday that Pence tested negative for COVID-19.)

Pence was sitting in the front row of the Sept. 26 Rose Garden event to nominate Amy Coney Barrett to the Supreme Court. Several attendees later tested positive for the coronavirus — including Trump, first lady Melania Trump and two Republican senators. Pence was not wearing a mask, nor were many other attendees, including Trump.

Pence was also photographed maskless and near Trump at a Sept. 28 press conference on the coronavirus at the White House Rose Garden. 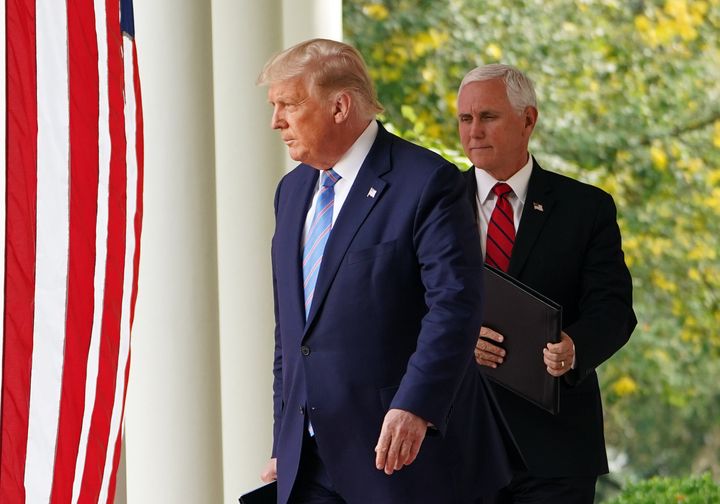 The CDC’s statement echoes Schonau’s statement on Friday, Oct. 2, saying Pence had tested negative for COVID-19, was not a “close contact” of Trump or anyone else who’d tested positive and was “free to go about his normal activities.”

Around two dozen people connected to the White House have tested positive for COVID-19 in recent days, including press secretary Kayleigh McEnany and at least three of her communications staffers, former Gov. Chris Christie of New Jersey, and most recently, Trump adviser Stephen Miller.

UK Bans Sale of Crypto Derivatives to Retail Investors, Says Move to Save $69 Million in Losses